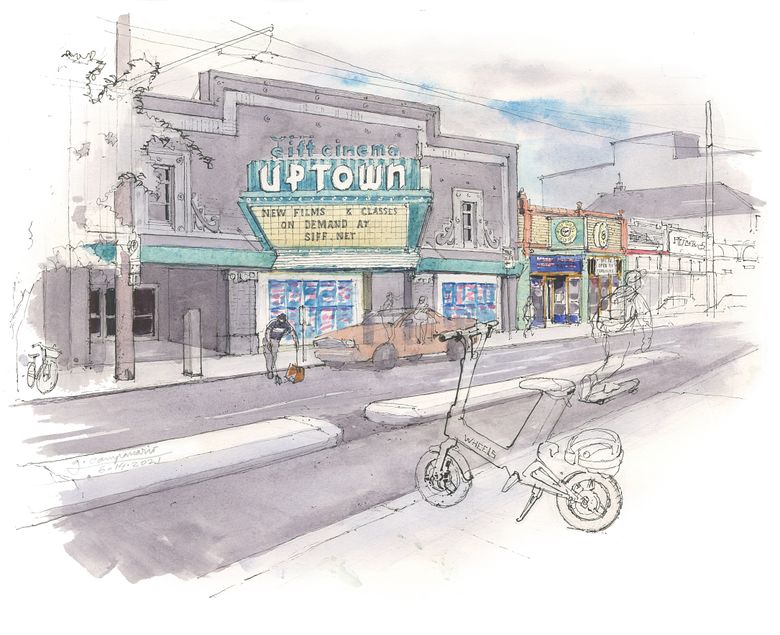 Built in 1926 and now home to the Seattle International Film Festival, the Uptown remains closed on this mid-June afternoon following 15 months of pandemic. Posters from last year’s canceled film festival line the walls, and the marquee directs film enthusiasts to virtual screenings and classes on the organization website at siff.net.

Looking past the circumstances of the moment (and the depressing gray brick paint job), I turn my attention to some beautiful architectural details of the historic building: the double band of bricks that outline the facade; the cast-stone ornaments framing the windows; and the cool font type that graces the triangular marquee, which dates from the 1940s, according to the Seattle Department of Neighborhoods.

Back in April, the Seattle City Council adopted a resolution requiring all departments to identify the neighborhood many still call Lower Queen Anne as Uptown.

I thought I might never get used to the new official name, but now I suspect that spending so much time staring at those big UPTOWN letters while making this sketch just might speed up the adjustment.