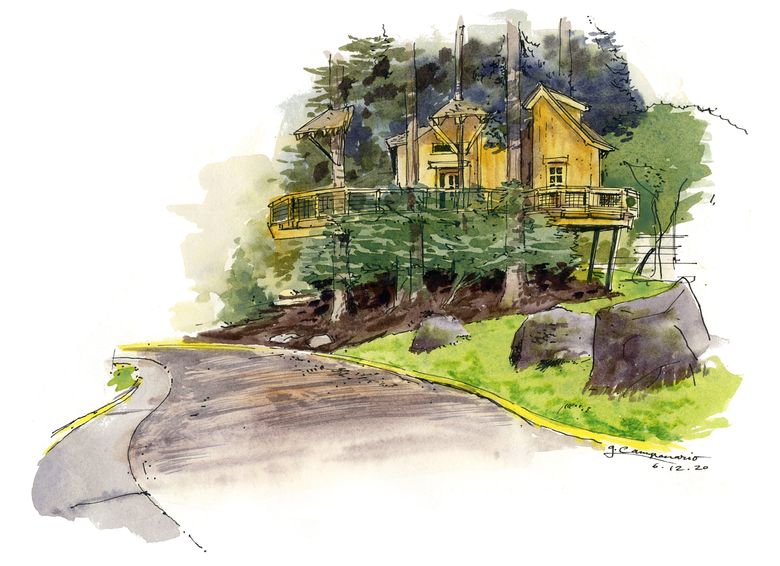 AS OFFICE SPACE goes, the Microsoft treehouses in Redmond must be among the most picturesque I’ve ever seen.

Tucked away between buildings 31 and 32 in the northeast corner of the tech company’s sprawling campus, the lofty wooden huts served as meeting spaces and inspiration zones in precoronavirus times. For now, the treehouses stand empty, waiting for the eventual return of the employees who have been working from home for months.

Microsoft is in the midst of its biggest campus modernization since the company broke ground here in 1986. The upgrades include new buildings, trails, sports fields and even a new pedestrian bridge over Highway 520 that will connect to the light rail station under construction nearby. The treehouses, built in 2017, are part of the amenities aimed to make the corporate headquarters more attractive — and playful — to current and future workers.

It’s easy to speculate that remote work and videoconferencing might kill the allure of office life. But as long as workplaces adapt to workers’ needs, I think most humans will be happy to return to communal workspaces, especially if they are as fun as these quirky treehouses.