LET’S TALK ABOUT positionality for a moment.

I’m a middle-aged white man at a majority-white daily newspaper. Omari Salisbury is a middle-aged Black man at Converge, a much smaller Black media outlet. Those seemingly simple facts present some winds and currents I’d never quite navigated before — I’d never profiled another journalist, let alone a Black journalist at an institution which he founded, in part, on a deserved critique that mainstream media outlets (e.g., the one I work for) haven’t historically given enough time and attention to communities of color. 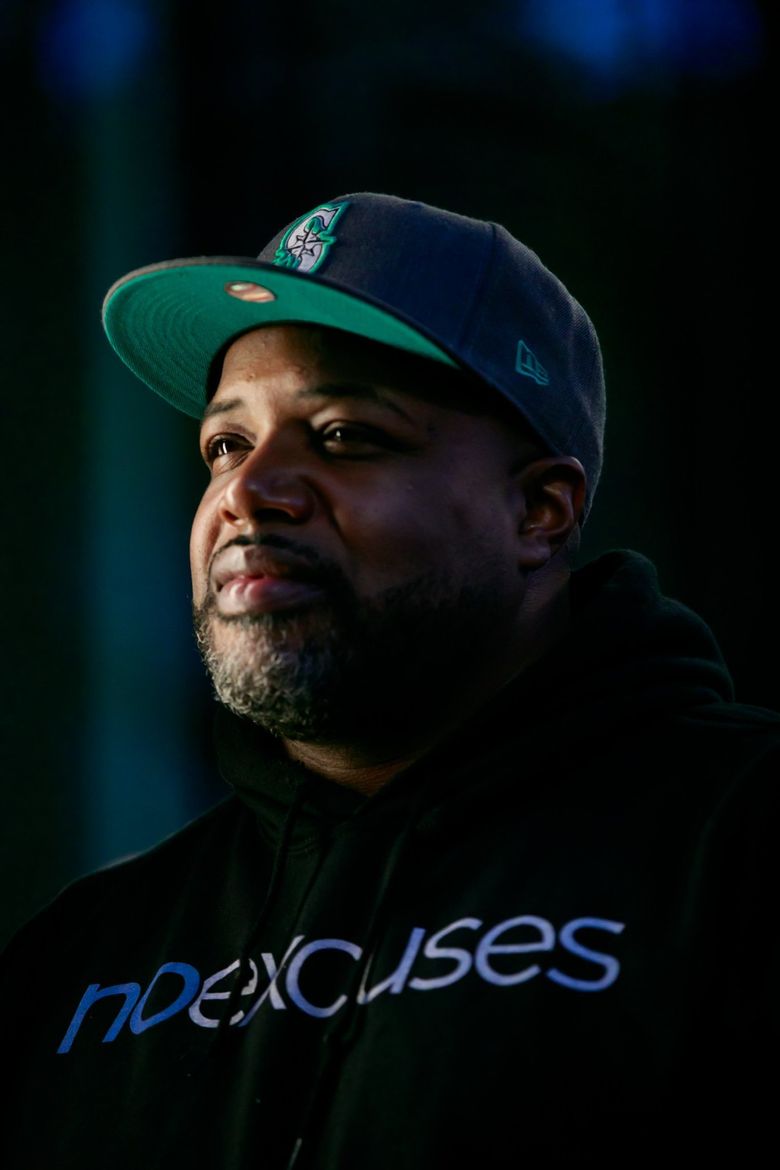 Omari Salisbury, a global citizen with a hyperlocal focus, runs Converge Media from behind, and in front of, the camera

“Our urban story is one that is dynamic and encompassing,” Salisbury wrote in his original notes on Converge, in 2016. “Our story is a story worthy of telling but often is not told.” In our conversations, he made it clear Converge exists to cover stories and perspectives that have been minimized or ignored.

What to do with all that? Nothing in particular. I don’t mention this because I have any grand conclusions to share — but to not acknowledge those larger forces in this particular relationship between journalist and subject would feel glaringly obtuse, especially in 2021.

In this case, I just watched and listened to Salisbury — and took some cues. He’s a journalist, and no dupe, but he’s also a deeply empathetic man. (Even when he’s talking critically about people — politicians, police, protesters — Salisbury talks about them with heart, as if they’re not wicked, just wayward.) The more I learned about his life, the deeper that vein of empathy and genuine sense of community seemed to run. He credits that, in part, to the breadth of his life experience, including watching his oldest brother, Hiram — whom he adored — searching for a haven after he came out of the closet.

Hiram died from complications of AIDS in 2005, which also had an enormous impact.

“I’ll say that he died of HIV/AIDS because a lot of other Black people would be ashamed of saying it,” Salisbury says. “But that’s what happened, 100%. People respect that this is a Black media outlet, that’s our core, but anybody who rocks with us, we rock with them — I really mean it when I say it doesn’t matter where you’re from, your background, your color, your religion, who you love. At the end of the day, we’re pro-humanity.”

Some journalists, especially of the old school, wear their wry misanthropy like hard-won battle scars. That’s legit, and makes for exquisitely salty newsroom humor. But we might also draw from Salisbury’s example and think about wading into our work with minds sharp, but hearts raw. That’s legit, too. And maybe even more hard-won.