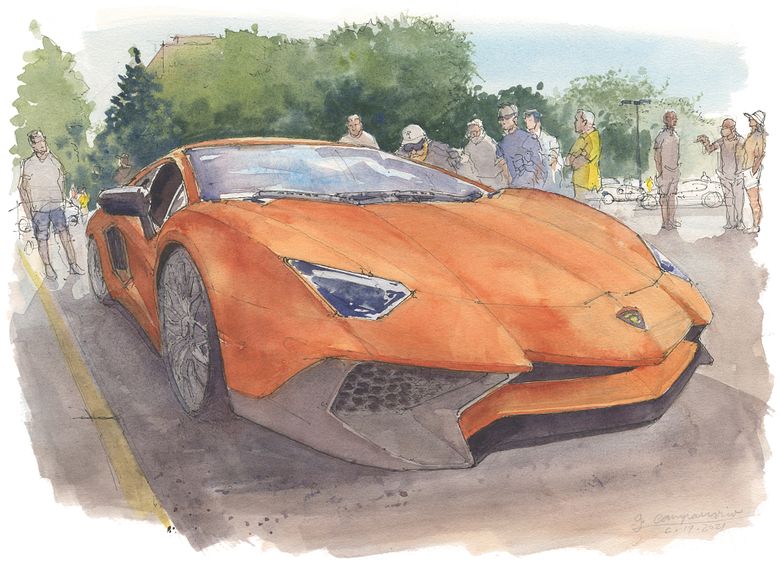 HERE’S SOMETHING you don’t see every day: a $469,000 Lamborghini Aventador SV. The SV stands for “super veloce” in Italian, and the car certainly does look super speedy.

It’s not the only spectacular vehicle drawing attention in Redmond on this Saturday morning. The lot at the Town Center is full of Ferraris, Maseratis, DeLoreans and other jaw-dropping cars more often seen in movies than in real life.

What’s going on? It’s just another bustling morning at the “Exotics at Redmond Town Center” car show. The event, now in its 12th season, takes place every Saturday from 9 to 11 a.m. April to October, weather permitting.

As a car layman, I have to ask what makes a car “exotic,” and event co-founder Tom Nault is just the person to talk to. He says exotic cars “are generally considered rare, a car that you wouldn’t see in a typical grocery store parking lot.” He adds: “They are expensive … and they are exotic in their bones,” which means they have not been modified.

Owning an exotic car isn’t on my bucket list, but I can appreciate the beauty behind the engineering and design of these vehicles. It’s good that their owners are willing to roll them out for the public to see, and sketch!