Skip to content
By
Charles Kapner
Special to The Seattle Times

BASEBALL WEAVES US together through shared experiences and some basic emotions. Each game and season promises us anticipation, strategy, hope, perseverance and the unknown story line to follow. We recall the past and look forward to the future. We are on a first-name basis with the past and current cast, such as Babe, Hammerin’ Hank, Junior or Ichiro. We remember where we were when Mazeroski hit his World Series walk-off home run or Edgar Martinez hit “The Double.” 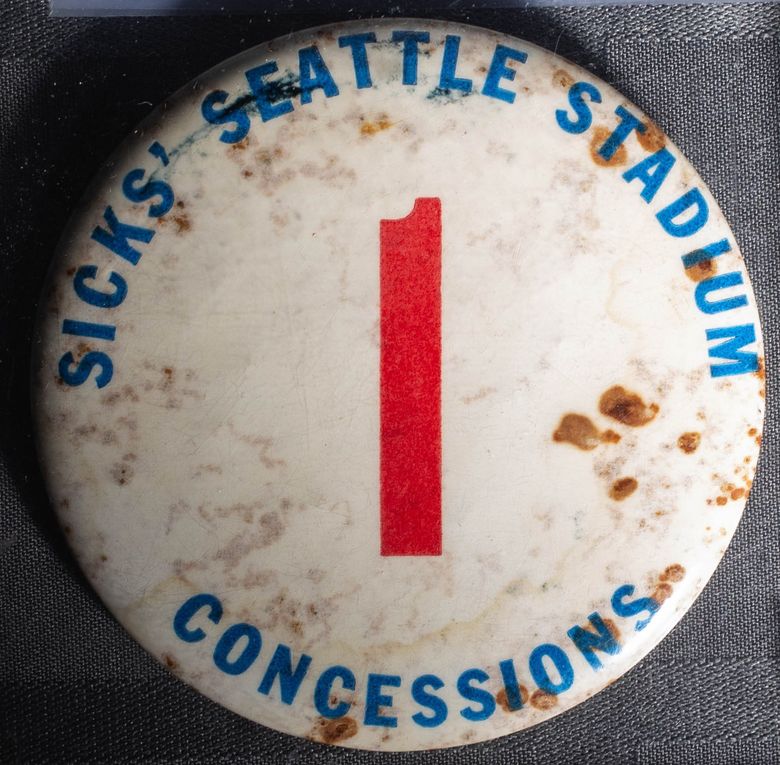 Baseball is also woven into America’s culture. Even if you’re not a baseball fan, if you’ve ever watched “Field of Dreams,” “42” (about Jackie Robinson) or Ken Burns’ “Baseball” documentary series, you’d understand.

For some reason, baseball called to me as a kid, and I answered. I began collecting packs of Topps baseball cards (five for a nickel!), as well as cards on the backs of Post cereal and Jell-O boxes, and in the popcorn boxes at Sicks’ Seattle Stadium. As time went on, I became interested in other collectible baseball items as well, and then expanded a bit into other sports, too, while still focusing on Seattle-related baseball memorabilia.

In my youth, I remember seeing a display case at Broadview Elementary School on Greenwood and 125th in Seattle. It was filled with 1963 Topps baseball cards. This inspired me to display my baseball cards and related baseball keepsakes in a similar way for others to enjoy. To date, I’ve done more than 50 free public displays.

The incidental perks of this hobby have been many. Meeting all sorts of wonderful people who have been part of the baseball establishment (even Mickey Mantle and Ted Williams!) and/or hobby has been very rewarding. The opportunity to assist with books, videos and seminars has taken me in directions unexpected. Becoming friends with Jim Bouton (former Yankee, Seattle Angel and Seattle Pilot) allowed me to assist him on his book, “Ball Four: The Final Pitch.” It also led me to serve on Baseball Reliquary’s “Ball Four” 40th anniversary panel in 2010 at the Burbank Public Library, seated alongside Bouton and his former teammates Tommy Davis and Greg Goossen.

Seattle’s rich baseball history involved minor-league teams until the 1969 Seattle Pilots’ one and only season in the American League. Many well-known personalities dot that minor-league history, including Dan Dugdale, Edo Vanni, Fred Hutchinson and Vada Pinson. Part of why I collect and display baseball artifacts is to try to keep the players’ memories alive. Another reason is that it helps keep me young.

With the photos in today’s Pacific Northwest magazine, I hope to convey the thrill of the treasure hunt as well as an appreciation for Seattle’s baseball history. Thank you for joining me on this journey.

Charles Kapner is a Seattle-area baseball historian and collector and can be reached at ckapner@foxinternet.com.