Skip to content
By
Greg Lane
Special to The Times

Over the last 30 years, Washington’s population has grown by 60%; yet we’ve only increased the number of housing units by 33%. The failure to accommodate this growth has created a market so tight in Washington that median home prices have nearly tripled in the last decade to roughly $640,000 in 2022.

Families now need an income of $171,890 to qualify for a mortgage — and only 15% of Washington families have incomes that high.

A recent Op-Ed in The Seattle Times blames free-market development for the housing affordability crisis [“Free-market development, not lack of density, is behind housing crisis,” Oct. 18, Opinion]. The sad truth is decades of failed housing policy broke the free market’s legs long ago, then expected it to run a marathon. 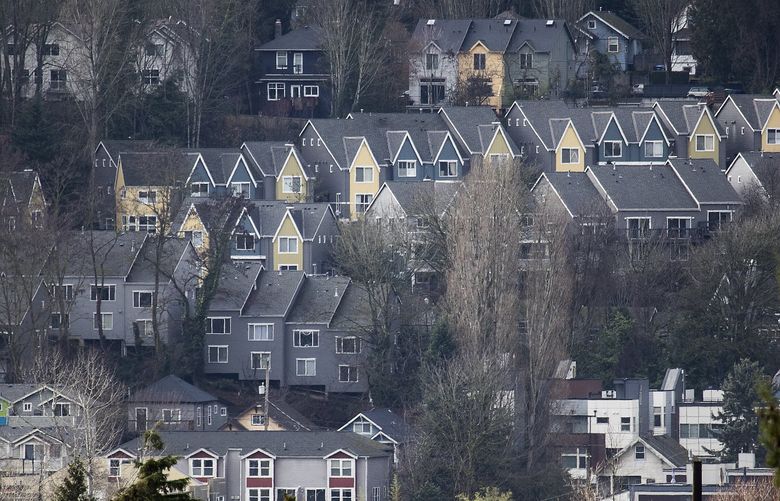 Density is necessary but insufficient to ease the housing crisis

Builders in Washington, including those building low-income and subsidized housing, have, since the state introduced the Growth Management Act in the 1990s, been forced to navigate a labyrinth of regulations, artificially driving up costs and creating processes specifically designed to limit housing construction, not “manage” it.

The consequences of these shortsighted public policies? A severe shortage of housing with no end in sight.

We agree that upzoning our communities alone won’t solve the problem. But restrictive and inflexible zoning accounts for an average of $71,000 of the cost of a newly constructed home statewide — and it’s much higher in central Puget Sound.

Making zoning ordinances more flexible to support all kinds of housing is one important part of the solution. But it’s certainly not the only one.

It takes roughly 6.5 months to process a residential building permit in Washington, which adds more than $27,000 to the price of a home. Builders incur these costs while waiting for the permit to build — costs like financing payments, property taxes, insurance, utilities and business operation overhead.

State law requires government to process permits in 120 days, but there are no consequences to local jurisdictions that fail to follow the law. The costs become part of the price of the home.

Infusing more government involvement into the development, design and building of housing would only exacerbate the problem.

According to the National Association of Home Builders, government regulations during the development and construction of a new home make up roughly 23.6% of the cost. In Washington, that’s more than $130,000.

While of course some regulation is warranted, given the state’s housing shortage and affordability crisis, it’s critical to evaluate the effect government policy has on the housing ecosystem as a whole.

Instead, however, it’s continually ignored.

For example, Washington already has a set of energy codes so stringent only three states in the nation currently follow it. Yet the Washington State Building Code Council (SBCC) recently adopted a set of new, even more stringent, codes that will increase the cost of new homes by another $24,070. Even the SBCC’s own cost analysis called these changes “cost-ineffective.”

That will eliminate the opportunity for thousands more young, middle class and first-time homebuyers to own homes.

Every legislative session, we see new proposals adding new costs to the price of a home — everything from new taxes and fees to new building requirements and restrictions.

It’s time to reimagine our approach to housing in Washington. The idea that the free market is in any way fully operational and causing this state’s housing crisis is preposterous.

We need to remove barriers so builders can build more homes of all types that people can afford. That would also help the rental market and those working to build affordable and low-income housing.

Adding new levels of government, as we’ve seen over the last 30 years, will only make things worse.