Skip to content
By
Jolayne Houtz
Special to The Times

I sleep with my son’s ashes beside my bed. I cradle the black velvet bag each morning and night and tell Sam how much I miss him. Eight months since Sam was killed, and the wound is as fresh and deep as the day police knocked on our door.

Sam was a freshman when he was hazed to death by his fraternity “brothers” at Washington State University in November, left to die alone in the basement of the Alpha Tau Omega (ATO) house after a night of ritualistic drinking. The cause of death: alcohol poisoning.

He was attending a fraternity-sponsored event known as “Big Brother Night,” when new pledges learn the identity of older members who will serve as their mentors. In the name of brotherhood, each pledge is expected to consume a toxic amount of alcohol to demonstrate his allegiance. 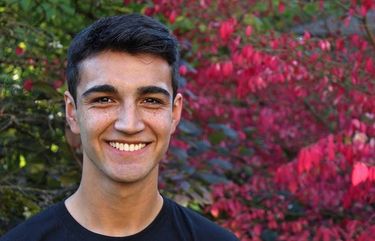 National fraternity leaders and university administrators have another name for this night. It is known as one of the fraternity system’s three deadliest nights (along with bid night and initiation), when hazing and alcohol predictably lead to injury and death.

Fraternity executives and alumni, college presidents and campus police — they know this and still look away as fraternities continue to subject new pledges to these dangerous rituals.

The college fraternity system is long overdue for the kind of reckoning many other American institutions now face for enabling and perpetuating violence, injustice and destructive behavior.

Were you in a frat or sorority? Were there adequate rules in place to protect against hazing rituals, such as binge drinking? What do you think should be done to keep frats a safe place for young pledges? Share your experiences, not exceeding 200 words, to letters@seattletimes.com, with the subject line “Greek system.” Please include your full name, address and telephone number for verification.

Fraternities — and the universities and corporate entities that profit from them — must face the same scrutiny and be held accountable for failing to protect the young people in their care.

On Friday, our family filed a lawsuit in King County Superior Court to learn the full truth about what happened to Sam, to seek justice and to prevent other families from living through the hell of losing their child to hazing.

Supporters of fraternities promote “going Greek” as a way to find community, make connections and gain leadership skills. Laudable ideals, sure — but there’s more to the story.

The truth is that excessive alcohol consumption, reckless machismo and peer pressure are at the center of too many fraternity traditions, with deadly consequences.

At least 65 people, mostly young men, have died since 2000 as a result of known or suspected hazing in the Greek system, according to a list of hazing deaths maintained by Professor Emeritus Hank Nuwer of Franklin College.

Since Sam’s death, my husband and I have learned that when a pledge dies, the blame-shifting begins within hours.

The university blames the fraternity chapter or rogue students and points to its smattering of anti-hazing resources as proof of its zero-tolerance policy.

The fraternity’s parent organization first denies hazing, then points the finger at the university, the local chapter or the dead pledge. In the hours after Sam died, ATO’s chief executive, Wynn Smiley, told us the event that night only lasted an hour, and there wasn’t enough time for hazing. Apparently real hazing takes more than an hour?

Fraternities and universities have an unhealthy, symbiotic relationship that leads universities to look the other way despite a pervasive pattern of fraternity misconduct. Universities know that Greek life appeals to prospective students and helps them maintain connections with wealthy alumni who support their alma maters.

Local chapters generate revenue for their national parent organizations, which carefully structure the chapters to evade creditors when tragedy strikes. These organizations have banded together to form a fraternity industry that lobbies against reforms and counts powerful friends in high places, from members of Congress to billionaire businessmen.

While the money flows, so does the alcohol, with 20-something college students using it to win new recruits and reinforce fraternal bonds with teenagers away from home for the first time.

In Sam’s memory, we call on universities, fraternities and policymakers to enact meaningful reforms starting now, including:

●     Require universities to be fully transparent about the disciplinary status and record of every fraternity they allow on campus.

●     Require a responsible, live-in adult on fraternity premises at all times.

●     Real enforcement of a hard alcohol ban when students under age 21 are present.

●     Oversight of the Greek system by university staff to ensure supervision and accountability to protect students, not fraternity-industry interests.

●     Make hazing a felony, rather than a misdemeanor offense.

How has WSU responded to Sam’s death? They reached an agreement with ATO for a six-year suspension. In exchange, ATO agreed that it had violated WSU standards of conduct, including hazing, reckless endangerment and the distribution of alcohol to minors.

Sam was a gifted athlete and community volunteer; a loyal brother and friend; and a quiet leader who loved soccer, gaming and cats. In six years, Sam would be 26 years old, launching the business career he dreamed of, maybe thinking about marriage and children.

And in six years, ATO can return to WSU and do it all over again to someone else’s son — unless we mandate real changes now in the fraternity system and the industry that it bankrolls.

Jolayne Houtz is a former Seattle Times reporter who lives in Bellevue with her husband, Hector Martinez.