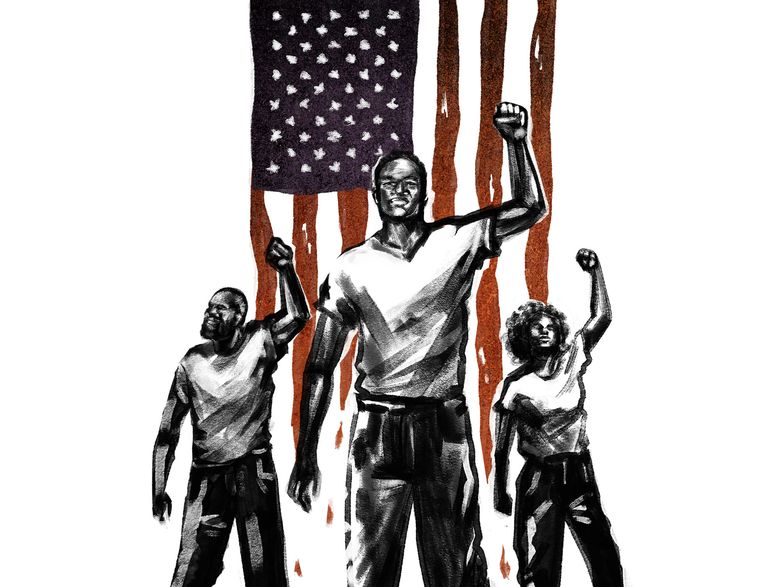 Are you OK? People have been asking me, and I’ve been asking others. I appreciate the question and those asking. Please keep asking. The truth of the matter is that things are not OK. As I write this, I’m staying home because of COVID-19, and a citywide curfew resulting from threats of violence throughout our city and county. I am also grieving the death of George Floyd. The simple answer is I am breathing, but I’m not OK. Nothing about the moment is OK.

The realization that things are not OK came earlier.

Six years ago, I was meeting a colleague at a downtown Seattle hotel when a grand jury verdict came. There would be no indictment of the police officer who choked Eric Garner to death. I had been talking to my colleague in the lobby, and the news kept replaying the story. The sound was off, the images running. I saw Garner on the ground, uttering his final words. I watched his death over and over again during the meeting. It was December, the lobby adorned with Christmas decorations. After an hour, I could hardly stand up. I could not get the images out of my head. I knew that I would forever be haunted.

But the realization that things are not OK came much earlier still.

As a child, I tried to find answers to images I saw in school. Elizabeth Eckford, a Black girl walking through a gauntlet of anger and hatred as she entered school in Little Rock, Arkansas. Why would people be so angry at a 15-year-old going to school? I knew things weren’t OK when, as a child, I heard of a bomb that exploded in a church in Birmingham, Alabama, and killed four little girls who were getting dressed inside their church. I was haunted by the thought that church might not be safe. I watched images of John Lewis beaten by white police officers so badly that he suffered a broken skull — a day that came to be known as Bloody Sunday. Why are the police beating those people? Why can’t they cross that bridge?

No one I know is OK.

I talked to Maggie O’Sullivan, the head of Rainier Prep School in South Seattle. We discussed how teachers should or should not teach about what is going on in their neighborhoods, communities and world. Maggie is doing the holy work of educating kids, supporting teachers.

Last Saturday night, a night of peril, I heard the voice of my friend and colleague, Seattle Central College President Sheila Edwards Lange, on television. Sheila asked for calm and steady action. “I am tired, angry and grieving … but I know I have to stand up and deal with this trauma …”

I supported Carmen Best when she was selected as Seattle chief of police, and I am behind her now. When she interviewed for her post, she said she wanted to be chief because, “I am a Seattle person … I have a serious commitment to service.”

Over the weekend, I read messages from countless citizens who are at home but planning, plotting to make this city safe, decent and vibrant again.

I was recently asked what kind of city do I want. What do I want to do? I want the Langston Hughes Performing Arts Institute to be vibrant and truth telling. I want to bring friends to Wa Na Wari, a home, passed down through generations of a Black family in Seattle. It is both a physical symbol of those specific, lively, interconnected relationships and a space of belonging through art for Seattle’s Black community. It is a space representing Black ownership, possibility and connection. I want to ride the light rail to Othello, breathe deeply, and be reminded that we are colorful, faithful, devoted and resilient people. I want to go back to the Douglass Truth library, sit on the floor and read again James Baldwin’s “The Fire Next Time.”

I have seen fires burn in my community before. I am interested in the kind of flame that will inspire people to vote, to reform systems, save lives and to serve, protect and build. There are endless proactive actions to take and countless day-to-day folks who will be in it for the long haul before we will be OK. Our approach needs to be three dimensional: recognizing the past, addressing current problems and imagining the future we want. Truth. Reconciliation. Repair.

Ed Taylor is vice provost and dean of Undergraduate Academic Affairs and professor of education in the College of Education at the University of Washington.