Since 2017, state Rep. Carolyn Eslick has represented Washington’s 39th Legislative District, which stretches from Sedro-Woolley to Monroe and Skykomish, as a thoughtful voice for the House’s minority Republican caucus. The district’s voters should keep Eslick, a former mayor of Sultan, in her House seat for a third full term.

She has a well-considered position as a moderate, critical of high-spending Democratic policies and reactionary posturing within her own party. In an interview with The Times Editorial Board, she declined to endorse her confrontational 39th District seatmate Robert Sutherland and favors limited gun control. As a member of the House Transportation Committee, she righteously criticized Democratic leaders for refusing Republican input for a long-term transportation plan.

“More of us are in the middle than to the far, far right,” she said of her fellow Washington Republicans. 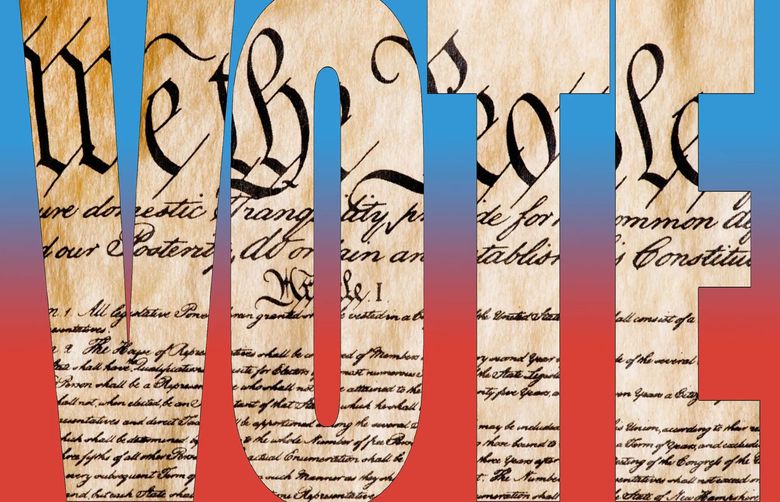 The partisan bent of transportation package talks, she correctly noted, left Republican-represented rural areas, like much of her district, looking enviously at state resources showered on urban transit systems. Her legislative goals include reining in taxation, particularly during rampant inflation, and keeping local control over land-use planning. In this year’s legislative session, she won broad bipartisan support for her House Bill 1800 to increase behavioral health resources for children.

She attracted three opponents from across the political spectrum. Republican Tyller Boomgaarden, an Army veteran who is joining the Arlington police, said he is running mainly to streamline police-hiring practices and wants to serve only one term. Democrat Jessica Wadhams, a community activist and former Lake Stevens City Council candidate, said her top priorities include economic equity, protecting reproductive freedom and helping grow collective bargaining abilities. Independent Kathryn Lewandowsky, who ran unsuccessfully for state Senate in 2018, said she is pursuing the House seat to promote a Medicare for All initiative, and would not caucus with either major political party if elected.

Eslick is the best choice.