Skip to content
By
Jean Godden
,
Margaret Pageler
and
Sue Donaldson
Special to The Times

In the last 20 years, Seattle grew into one of the world’s great cities. The road back from the pandemic, however, is not the flawed path laid out in proposed Charter Amendment 29, known as Compassion Seattle.

The well-intentioned motivation behind the charter amendment is to build 2,000 housing units with necessary support services in one year, while creating a legal process to remove encampments from sidewalks and parks. We must attend to homeless people with compassion and address the spread of illegal, unsafe encampments. But the solution must be effective. Some of what CA 29 proposes is the wrong thing to do, and a charter amendment is the wrong way to do it. Do not add your signature to help get this misguided and dangerous proposal on the November ballot. 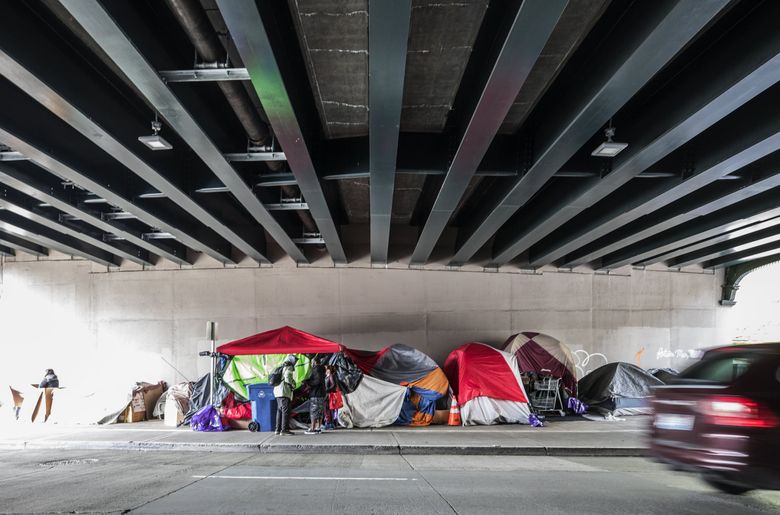 Editorial | Another view on Compassion Seattle

Here is what you need to know:

· CA 29 makes it harder to remove encampments from public spaces. It creates a new legal process that requires “balancing” the “possible harm” to each camper against the public’s “strong interest in keeping public spaces clear.”

Currently, there are no laws preventing clearing encampments that conflict with the public’s use. A court decision, Martin v. Boise, is cited as a legal barrier, but the court stated it was only addressing the criminal prosecution of campers: “We in no way dictate to the city that it must provide sufficient shelter for the homeless or anyone who wishes to sit, lie or sleep on city streets at any time and any place.” Tolerance of encampments will mean more encampments as people migrate from cities that do not allow them.

· CA 29 waives the land use code to site housing projects. Zoning, height limits, setbacks, greenbelt designations, notice and “due process” will not apply. This means new housing units or multifamily projects could be added in all zones, including single family.

· CA 29 stops the prosecution of misdemeanors if “consistent with public safety” and diverts these crimes if they are “connected” to poverty, behavioral health or homelessness, regardless of prior convictions.

· CA 29 repeals all conflicting “preexisting ordinances and rules.” Shouldn’t we know which laws we are repealing?

· CA 29 locks up 12% of Seattle’s general fund for human services for six years, regardless of the needs of libraries, parks, fire, police, infrastructure, etc. This contradicts budgeting laws and common sense. We adopt annual budgets to respond to changing conditions. We’ve never imposed a six-year budget “lockbox” for good reason.

· CA 29 is an unfunded mandate. It requires 2,000 housing units plus services without providing any way to pay for them beyond funds from the 12% lockbox.

· CA 29 requires that every three months the city shall measure and report specific outcomes. While the reporting requirement may be informative, it is not an enforcement mechanism.

CA 29 is complex legislation that usually would be in the form of an initiative, not a charter amendment. It’s so unusual there’s never been anything like it since Seattle’s first charter 152 years ago. A charter is like a constitution; intended to define the structure and powers of government, not adopt specific policies.

Unlike a law or initiative that City Hall can amend, only the voters can change the charter. If anything doesn’t go as planned or if a court decision creates a problem, there will be no way to fix CA 29 without another vote of the people. Seattle has better alternatives to CA 29: ordinance, initiative, bond issue or levy to name a few. Any one of these or a combination would be more effective. We must increase housing, shelter and services as much and quickly as we can. We must enforce our existing laws to remove encampments that conflict with the public’s use of sidewalks, parks and public spaces.

Rather than support CA 29, we urge you to insist that candidates in the upcoming elections reveal their plans to help homeless people and restore Seattle’s public spaces.