LONDON – A constitutional standoff between London and Edinburgh loomed on Thursday as Scottish First Minister Nicola Sturgeon demanded a transfer of power that would allow Scotland a fresh chance to split from the United Kingdom.

Currently, Scotland needs the consent of the government in Westminster to hold a new vote on independence. Sturgeon and her Scottish National Party want that decision given permanently to Scotland’s semiautonomous government in Edinburgh.

Speaking at Bute House, her official residence in Edinburgh, Sturgeon told reporters, “In a voluntary association of nations such as the U.K., it cannot be in the interest of any part for our right to choose our own future to be conditional, or time limited, or a one-off. Nor is it right for it to be overridden by a prime minister, or, indeed, a first minister. It is a fundamental right of self-determination.”

Prime Minister Boris Johnson, who leads the Conservative Party – officially, the Conservative and Unionist Party – has said he would not allow a new vote, arguing that the one held in 2014, when Scots voted 55% to 45% to stay in the United Kingdom, was a “once-in-a-generation event.”

Sturgeon counters that a “material change in circumstances” – namely, Brexit – justifies another vote.

“Within a matter of weeks, the Tories intend to remove Scotland from the E.U.,” Sturgeon said, adding that this was “against its will.”

Sturgeon additionally pointed to a “democratic mandate” for a new independence vote. Her party won 80% of the seats in Scotland in last week’s British general election, with a platform calling for an independence referendum next year.

She conceded that Johnson will likely say no, but she insisted that wouldn’t be the end of it.

“The question is often posed to me: ‘What will you do if Boris Johnson says no?’ Now, as I’ve said before, I will consider all reasonable options,” she said.

It was unclear what, exactly, those options might be. But she said that any referendum “must be legal and that it must be accepted as legitimate” in Britain, the European Union and the wider international community, seemingly rejecting the kind of referendum staged in Catalonia without the consent of the central Spanish government.

Thomas Lundberg, a lecturer in politics at the University of Glasgow, said the SNP’s renewed push for independence was also in part about “blaming Westminster for problems.” The SNP has been in power in Scotland for over 12 years, and “it’s nice for a government in power for a long time to blame somebody else for perceived shortcomings, so there are a few things going on,” he said.

Analysts said Sturgeon’s strategy is to build momentum for her independence cause, with the aim of a possible breakthrough in 2021.

“Her plan is to make it seem undeniable that a second referendum should be granted,” said Tim Bale, a professor of politics at Queen Mary, University of London.

“Given that the U.K. set a precedent by giving Scotland a referendum in 2014, it’s very difficult for any British prime minister in the end to simply deny a component part of the union the right to self-determination,” Bale said.

In 2011, the SNP won a majority in the Scottish Parliament, prompting then-Prime Minister David Cameron to give the green light for the referendum in 2014.

Some are wondering whether a similar scenario could play out again, with the big crunch point coming after the Scottish Parliament elections in May 2021. If Scots were to elect a majority of SNP lawmakers, who made it clear in their campaign pledges that they want to hold an independence referendum, Johnson could come under immense pressure to allow the vote.

But even if the vote were granted, an independent Scotland would hardly be certain. Polls suggest that Scots are split down the middle on the issue. A recent poll by Survation found 46% of Scots favored independence, with 47% opposed.

And Brexit could scramble the calculations further.

Bale said that if Britain were to end up with an economically damaging Brexit, “then what does that say to people in Scotland? Does that say to them, it’s best to run off to the safety and security of E.U membership, if they can rejoin? Or does it say to them, actually, that’s what happens when you try to break away from your biggest partner, it ends up being an economic disaster. . . . There are wheels within wheels here,” he said.

James Mitchell, a politics expert at the University of Edinburgh, anticipated that the earliest an independence vote would take place would be 2021, and between now and that then there would be “a lot of grandstanding and noise” as the SNP “try and portray London as blocking Scotland’s wishes.”

He said much will hinge on how Johnson is perceived to have handled Brexit and where he is taking the country. And if the Johnson-led government is seen to be obstructing the wishes of Scotland, it could play to Sturgeon’s favor.

“The truth of the matter is, the SNP and the case for independence is at its highest when Conservatives are in power with a particularly unpopular leader. While Boris Johnson may be popular in England, he most certainly isn’t in Scotland,” he said. 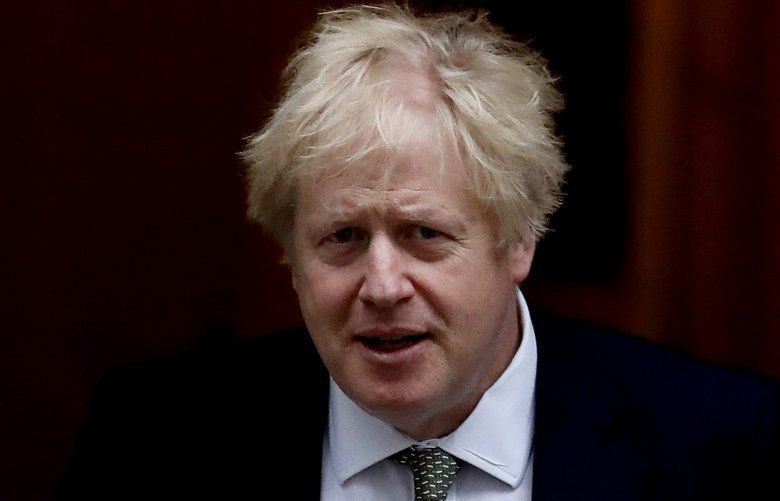