Skip to content
By
PAN PYLAS
The Associated Press

LONDON (AP) — Europe marked the 75th anniversary of the surrender of Nazi Germany to Allied forces in low-key fashion Friday because of coronavirus lockdown restrictions across the continent.

The big celebrations planned were either canceled or dramatically scaled back. There were no mass gatherings, no hugging or kissing, but the day of liberation was emotionally charged from Belfast to Berlin. For the few surviving World War II veterans, many living in nursing homes under virus lockdowns, it has been a particularly difficult time.

Queen Elizabeth II brought the U.K.’s commemorations to an end with a televised broadcast to the nation at the exact time her father, King George VI, addressed the country in 1945.

The queen, 94, remembered the sacrifices and the “joyous celebrations” that followed the end of fighting in Europe, and paid tribute to today’s generation combating the coronavirus pandemic. 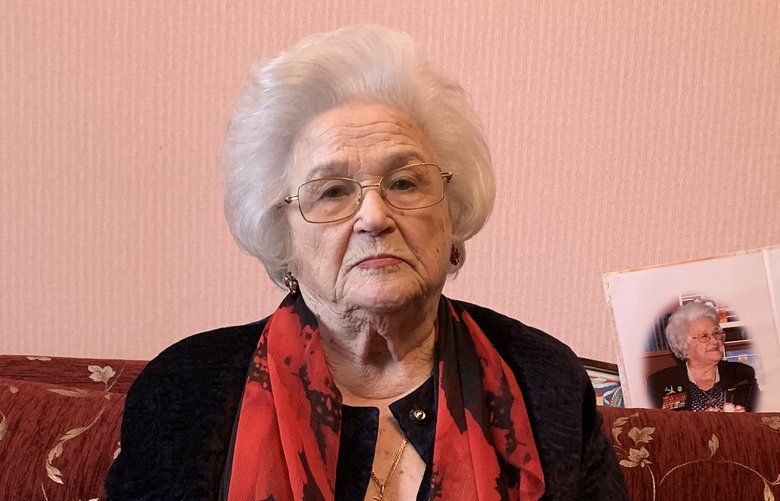 “The wartime generation knew that the best way to honour those who didn’t come back from the war, was to ensure that it didn’t happen again,” she said from Windsor Castle’s white drawing room.

“The greatest tribute to their sacrifice is that countries who were once sworn enemies are now friends, working side by side for the peace, health and prosperity of us all.”

The queen was surrounded by personal mementos from the war years during her pre-recorded address. On the desk in front of the queen was her Auxiliary Territorial Service khaki-coloured peaked cap — part of her uniform when she undertook National Service in February 1945 and became a driver. It was this cap that the teenage princess pulled down to shield her face as she and her younger sister, Margaret, and friends joined thousands of revelers unnoticed outside Buckingham Palace on V-E Day.

After her address, people were encouraged to go out onto their doorsteps to sing Vera Lynn’s iconic wartime anthem, “We’ll Meet Again” — which has added resonance as families and friends are separated by coronavirus lockdowns.

Across the U.K., people got into the spirit of V-E Day, designated a public holiday this year. Many dressed up in 1940s attire, while bunting was displayed outside homes, including at 10 Downing Street in London that houses the prime minister’s office. The “Victory in Europe” speech by Britain’s wartime prime minister, Winston Churchill, was broadcast on television.

People gathered in a socially distanced manner on the hills of London to marvel at the Royal Air Force’s Red Arrows. The nine planes flew in formation above the River Thames and let loose their red, white and blue smoke.

Prime Minister Boris Johnson wrote to veterans, describing them as “the greatest generation of Britons who ever lived,” while Prince Charles and his wife, the Duchess of Cornwall, led the country in a two-minute silence at the war memorial on the grounds of Balmoral Castle in Scotland. Charles laid a wreath of poppies on behalf of the nation.

One sad moment was the death of Flight Lt. Terry Clark, one of the last surviving veterans of the Battle of Britain, at the age of 101. Air Chief Marshal Mike Wigston, Chief of the Air Staff, said it was “particularly poignant” news on this of all days. “He served our country with heroic distinction,” he said.

Victory Day has been a traditional holiday in France, but it was clearly far more somber this year given the lockdown.

Small ceremonies were allowed at local memorials as exceptions to restrictions were granted following requests from mayors and veterans.

President Emmanuel Macron led a small ceremony at the Arc de Triomphe. He laid a wreath and relit the flame of the Tomb of the Unknown Soldier, atop a deserted Champs-Elysees Avenue in Paris.

Macron also laid a wreath at the statue of one of his predecessors, Charles de Gaulle, the general revered for leading the French Resistance from London after France had fallen in 1940.

Macron urged people to display flags on their balconies to honor the resistance fighters and the Free France forces.

Although V-E Day is a very different occasion in Germany, it’s considered a day of liberation, too.

German Chancellor Angela Merkel and other top officials laid wreaths at the memorial to victims of war and violence in Berlin, standing in silence as a trumpet played on an empty Unter den Linden boulevard.

President Frank-Walter Steinmeier recalled how at the end of the war “the Germans were really alone” and “morally ruined.”

“We had made an enemy of the whole world,” he said in a nationally televised address, adding that 75 years later “we are not alone.”

Steinmeier underlined Germans’ responsibility to “think, feel and act as Europeans” in this time of crisis and to confront intolerance whenever it emerges. “If we do’t keep Europe together, in and after this pandemic, we will prove not to be worthy of May 8,” he said.

Merkel spoke with Johnson, Macron, U.S. President Donald Trump and Russian President Vladimir Putin by phone to mark the moment. Russia, which was then part of the Soviet Union, saw tens of millions of casualties during the war. It marks V-E Day on Saturday.

In Poland, V-E Day elicits mixed emotions as the country, which suffered massively during the war, was subsequently subjugated by the Soviet Union and remained part of the communist bloc until 1989.

At a wreath-laying commemoration at the Tomb of the Unknown Soldier in Warsaw, President Andrzej Duda described V-E Day as a “bittersweet anniversary.” Six million of Poland’s 35 million people were killed, half of whom were Jewish.

Duda lamented the fact that thousands of Polish troops who had fought alongside Allied forces weren’t allowed to march in the 1946 Victory Parade in London for fear of straining British relations with Soviet leader Joseph Stalin.

Sylvie Corbet in Paris, Geir Moulson in Berlin, and Monika Scislowska in Warsaw, Poland, contributed to this report.

Follow AP’s coverage marking the 75th anniversary of the end of World War II in Europe at https://apnews.com/WorldWarII

PAN PYLAS
The Seattle Times does not append comment threads to stories from wire services such as the Associated Press, The New York Times, The Washington Post or Bloomberg News. Rather, we focus on discussions related to local stories by our own staff. You can read more about our community policies here.
Advertising