Skip to content
TRAFFIC
Backup stretches for miles on SB I-5 after crash at N.E. 130th St.
By
Nathan Solis
Los Angeles Times

As California grapples with drought, a record heat wave and persistent wildfires, one state agency is turning to the beaver in its battle against climate change.

The large rodents, according to researchers, are resourceful engineers capable of increasing water storage and creating natural firebreaks with their dams.

The scientist will also help update the state’s policies on beavers, which in recent decades have been deemed a nuisance rodent responsible for flooding farmlands.

But with streams and rivers heating up or evaporating and wildfires blazing across the state, California is willing to reconsider the beaver’s role in the water cycle. 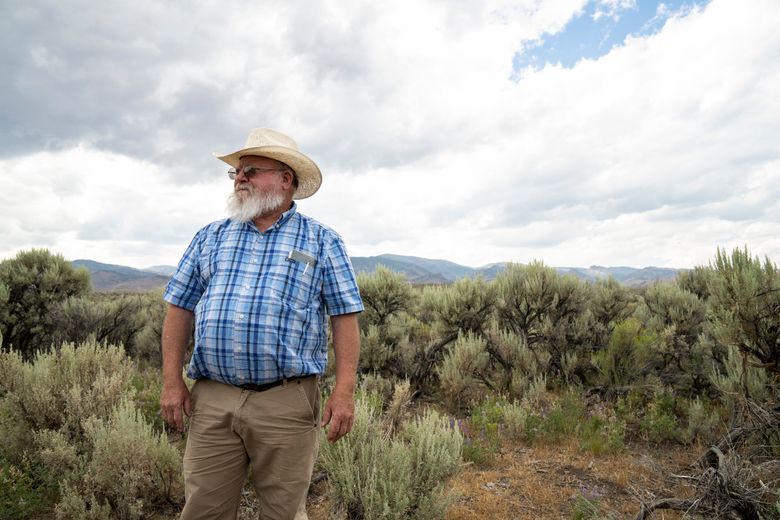 It was war. Then, a rancher’s truce with some pesky beavers paid off
Advertising

The Department of Fish and Wildlife is willing to bet at least $3 million over the next two years, with the creation of five new jobs meant to oversee a restoration program specifically for the North American beaver. The department did not respond to requests for comment about funding for the new positions, but in a budget proposal to the California Legislature the agency called beavers an important keystone species that could be used to combat climate change.

“It might be odd, but beavers are an untapped, creative climate solving hero that helps prevent the loss of biodiversity facing California,” the Department of Fish and Wildlife wrote in its May proposal.

Kate Lundquist, Water Institute co-director at the nonprofit Occidental Arts and Ecology Center in Sonoma County, called the state’s commitment to this beaver program an important shift in how the Golden State views the animal.

“There’s been a real watershed moment as we like to say, both literally and figuratively,” Lundquist told The Times, owing the quote to her colleagues in the beaver research community. “We feel really excited and hopeful and inspired, and ready to get muddy and start working with the beaver out there in the field, in our communities and wherever they are on the California landscape.”

For years, Lundquist and other “beaver believers,” as they call themselves, have petitioned the state to integrate beaver restoration into conservation strategies.

From the 1920s through the 1950s, California’s Division of Fish and Game, the precursor to the Department of Fish and Wildlife, actively exported beavers to other parts of the state and country so they could build dams in eroded areas where beaver dams could help evenly distribute water.

The budget for the new program promises restoration and relocation efforts.

This opens the possibility for beavers to be reintroduced into watersheds where they once flourished. In places where a beaver population is a nuisance for farmland or fishing streams, it could allow researchers to explore alternatives to getting rid of the dams and beavers, which does not always guarantee that they won’t come back, Lundquist said.

Alternative strategies are underutilized or simply not considered, said Lundquist, who added that landowners could save time and money they spend trying to unblock beaver dams.

In a 2020 study, researchers showed beaver-dammed corridors were relatively unharmed by wildfires compared with other areas without beaver damming.

Emily Fairfax, study co-author and assistant professor of environmental science and resource management at Cal State Channel Islands, highlighted the difference between two corridors in a drone video posted on social media, which shows one landscape scarred by a recent wildfire in Northern California, while another section of the undeveloped land remains a lush wetland.

“The differences in burn severity, air temperature, humidity, and soil moisture between the beaver complex and the adjacent landscape were huge,” Fairfax said.

Her findings show beavers benefit streams and other wildlife, including fish.

Researchers and advocates understand that while the state is just dipping its toes into the water with the beavers, the new program from the Department Fish and Wildlife makes sense given the last few years of wildfires in California.

“It feels like the fires and drought have really pushed the issue,” Fairfax said. “Now we see that people are willing to look at beavers. Because the state has spent so much funding on wildfire prevention measures and seen little results. Now they’re asking, ‘What haven’t we tried?’ “