Skip to content
By
EMILY ANTHES
The New York Times

For adults, the benefits of the three coronavirus vaccines authorized in the United States outweigh the risks of serious side effects, which remain rare, according to a new report from the Centers for Disease Control and Prevention.

The Pfizer-BioNTech and Moderna vaccines have been linked to inflammation of the heart muscle, known as myocarditis, and the Johnson & Johnson vaccine may increase the risk of a rare blood-clotting disorder and a neurological condition known as Guillain-Barré syndrome. All of the conditions can be serious but remain uncommon.

These small risks are exceeded by the benefits of the vaccines, which provide powerful protection against disease and death, experts concluded. For instance, every 1 million doses of the Johnson & Johnson vaccine that are administered are likely to prevent roughly 1,800 hospitalizations and 140 deaths, while causing 14 to 17 cases of Guillain-Barré and 1 to 2 cases of the blood-clotting disorder, according to the paper, which was published Tuesday. 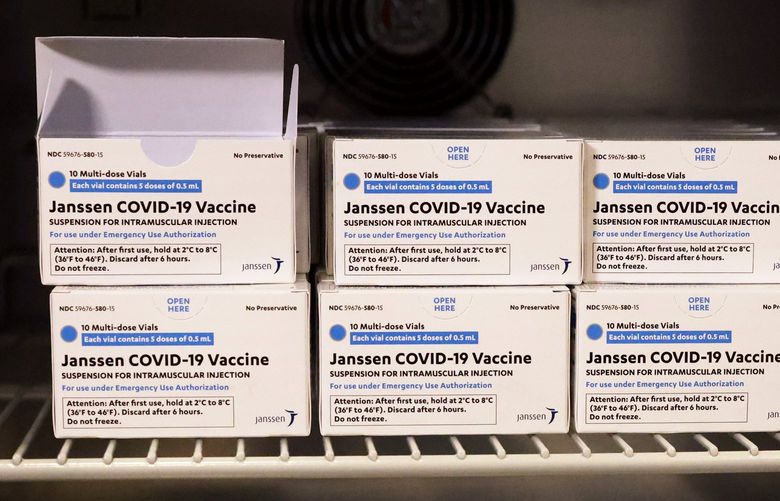 The paper is based on data reported to the federal Vaccine Adverse Events Reporting System. The database contains unverified reports, but researchers confirmed many of the cases used in their calculations, which were initially presented at a July meeting of the CDC’s vaccine advisory group.

As of July 8, there had also been 38 reports of the clotting disorder following the Johnson & Johnson vaccine. The disorder, which is known as thrombosis with thrombocytopenic syndrome, causes an unusual combination of blood clots, often in the brain, with abnormal bleeding. The overall rate of the clotting disorder is 3 cases per 1 million doses, although women between 30 and 49 get it at a higher rate of 8.8 cases per 1 million.

Information about all three possible side effects have been added to the vaccine fact sheets given to patients and clinicians. The CDC and the Food and Drug Administration will continue to monitor reports of adverse events, the report noted.