WASHINGTON – President Donald Trump on Friday dismissed the assessment of a senior U.S. intelligence official that Russia wants to see him reelected as a “misinformation campaign” being driven by Democrats, as fallout continued from a classified congressional briefing last week.

“Another misinformation campaign is being launched by Democrats in Congress saying that Russia prefers me to any of the Do Nothing Democrat candidates who still have been unable to, after two weeks, count their votes in Iowa,” Trump tweeted, referencing the delays this month in tabulating the results of the nation’s first presidential nominating contest.

“Hoax number 7!” Trump added, suggesting that reports about the congressional briefing were akin to investigations of his campaign’s possible coordination with Russia in the 2016 election and his conduct toward Ukraine that led to his impeachment by the House and ultimate acquittal by the Senate.

Pierson told the lawmakers – Democrats and Republicans – that according to the intelligence gathered by U.S. agencies, Russia had “developed a preference” for Trump in 2020, according to an official briefed on the matter, who spoke on the condition of anonymity to discuss a classified briefing.

The problem, said the official, is that “the underlying intelligence doesn’t conclusively support that assessment.”

At the briefing, lawmakers prodded Pierson for evidence. In fact, briefers may not be as forthcoming with a full committee as they would with a more restricted audience, such as the Gang of Eight of House and Senate leadership.

Some lawmakers said they did not think that Russia would have such a preference for Trump given his administration’s provision of lethal weapons to neighboring Ukraine to defend it against Russian aggression.

In any case, Pierson’s remarks were conveyed to Trump by one of the Republicans in the room, California Rep. Devin Nunes, the committee’s ranking member and a staunch political ally of the president.

Following that, Trump grew angry at his acting director of national intelligence, Joseph Maguire, in the Oval Office, seeing Maguire and his staff as disloyal for speaking to Congress about Russia’s perceived preference. 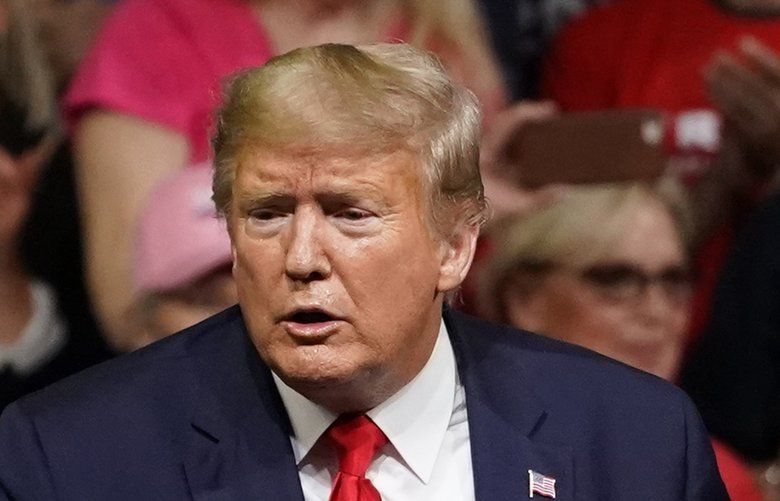 The intelligence official’s analysis and Trump’s furious response ruined Maguire’s chances of becoming the permanent intelligence chief, according to people familiar with the matter who, like others, spoke on the condition of anonymity to discuss a sensitive matter.

Trump announced Wednesday that he was replacing Maguire with a vocal loyalist, Richard Grenell, who is the U.S. ambassador to Germany.

Trump told reporters traveling with him on Air Force One on Thursday night that he was considering Rep. Douglas Collins, R-Ga., as his permanent director of national intelligence – a move that Collins shot down a few hours later.

During a television appearance Friday morning, Collins said it was “humbling” to be among those considered by Trump, but he said he doesn’t want the job.

“This is not a job that interests me at this time. It’s not one that I would accept because I’m running a Senate race down here in Georgia,” Collins said on Fox Business Network during an interview in which he emphasized his longtime support for the president.

“I’m sure the president will pick somebody appropriate for that job,” Collins said of the intelligence post.

In a tweet a few hours later, Trump made no mention of Collins but emphasized others are also under consideration.

“Four great candidates are under consideration at DNI,” he wrote. “Decision within next few weeks!”

Former Sen. Jeff Flake, R-Ariz., was among those who pushed back Friday against Trump’s assertion that the assessment of a Russian preference for him was another Democratic hoax.

“This is not a misinformation campaign by Democrats, Mr. President,” Flake tweeted. “It is the sober assessment of our intelligence community. It should be taken seriously.”

The Washington Post’s Ashley Parker contributed to this report.