Skip to content
By
MOUSSA MOUSSA
The Associated Press

SYDNEY (AP) — Tom Hanks and his wife Rita Wilson are isolated in stable condition in an Australian hospital Thursday after contracting the new coronavirus, the actor and Australian officials said.

The two-time Oscar winner is easily the most famous person yet to disclose they have COVID-19, which the World Health Organization has declared a pandemic.

Hanks said he and Wilson had felt tired, with colds, aches and slight fevers. “To play things right, as is needed in the world right now, we were tested for the coronavirus and were found to be positive,” he said, adding they’ll be “isolated for as long as public health and safety requires.”

Australian officials said the couple were being treated at a Queensland hospital. “We wish them a very speedy recovery,” state Premier Annastacia Palaszczuk told reporters.

Hanks, after accepting the Cecil B. DeMille Award at the Golden Globes this year, spoke backstage about taking on the Parker role. “I will then finally have an answer to all these stupid questions about why I never played a bad guy,” he said as the room burst into laughter. 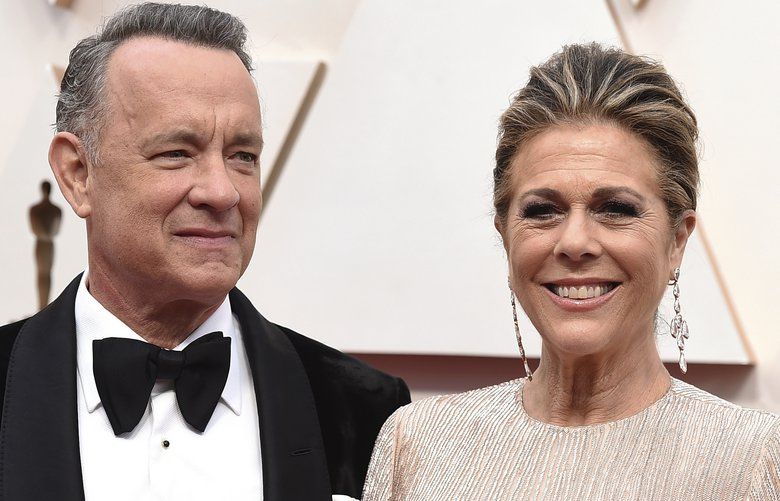 Hanks, wife got sick in Australia, where coronavirus testing is a snap

Chet Hanks later posted on social media that his parents were doing fine and thanked fans for their concern.

Wilson had performed at the Sydney Opera House on Saturday night and earlier last week in Brisbane.

Queensland health authorities would not give specifics on their health due to privacy issues. But the state’s update on its coronavirus infections describe a U.S. couple of their age both in stable condition.

Palaszczuk said people who had been in close contact with Hanks and Wilson will have to self-quarantine but she cautioned that people who had taken selfies with Hanks recently should not panic about contracting the virus.

She said she had spoken to Luhrmann and conveyed his reassurances that he would comply with the government’s health restrictions.

Australia has confirmed more than 120 cases of infection with the new coronavirus, with three deaths from COVID-19.

For most people, the new coronavirus causes only mild or moderate symptoms, such as fever and cough. For some, especially older adults and people with existing health problems, it can cause more severe illness, including pneumonia.

The vast majority of people recover from the new virus. People with mild illness recover in about two weeks, while those with more severe illness may take three to six weeks to recover, WHO says.

What has changed about your daily life? What kinds of discussions are you having with family members and friends? Are you a health care worker who's on the front lines of the response? Are you a COVID-19 patient or do you know one? Whoever you are, we want to hear from you so our news coverage is as complete, accurate and useful as possible. If you're using a mobile device and can't see the form on this page, click here.
MOUSSA MOUSSA