The coldest air mass in several years is predicted to spread over Florida this weekend, with temperatures likely dipping into the 30s across much of the state. The cold will be drawn into the Sunshine State on the backside of the blizzard plastering coastal areas in the Mid-Atlantic and Northeast.

Humans will shiver. Crops could frost. Iguanas may drop.

″It is likely that these cold temperatures will stun and immobilize iguanas, causing them to lose their grip while sleeping from their usually safe perches in trees,” wrote James Stroud, postdoctoral researcher at Washington University in St. Louis, in an email. 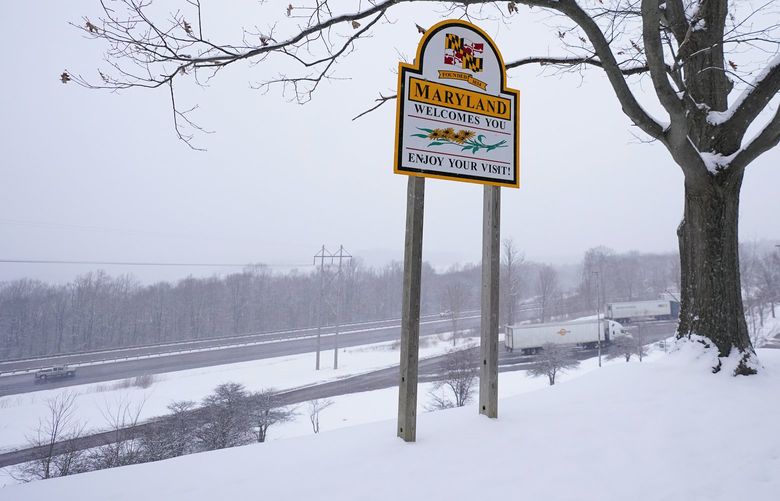 Winter storm to bring blizzard conditions to US East Coast

The coldblooded animals can typically withstand temperatures down to 45 degrees. At lower temperatures, their bodies go dormant although critical functions, such as breathing, are operating. Florida’s cold snap event in January 2020 stunned many iguanas in South Florida.

This weekend, the incoming cold front is forecast to bring temperatures as cold as — or colder than — those iguana-dropping chill two years ago. In Miami, temperatures could drop below 40 degrees for the first time since 2010, which also occurred in the wake of a coastal blizzard.

The frigid temperatures will be caused by a dip in the jet stream, a mid-atmospheric band of strong winds associated with the boundary between cold and warm air thousands of feet above sea level. This same jet stream dip is instigating the Northeast storm. Winds will then blow this northern chill toward the south. The cold, dense air will sink into Florida, bringing with it a locally extreme chill.

The air over southern Florida come Saturday night will actually have originated from the Arctic Circle. Because temperatures will be so cold at both the surface and well above, even widespread up-and-down motion in the atmosphere, known as vertical mixing, will do little to warm temperatures at the ground.

The strongest chill will occur on Sunday. Output from a blend of computer model data, appropriately known as the National Blend of Models (NBM), has temperatures in the mid- to upper 20s on Sunday night across much of the northern half of the state. Southern Florida will likely remain in the 30s, subfreezing inland and below 40 degrees even in Miami.

These temperatures are at least 15-25 degrees below normal, and could prove hazardous to those caught outside who are not used to such cold.

“Floridians are not very accustomed to the cold. You’ll usually see people bundling up with everything they have, which isn’t much cold weather gear,” said Caroline Chomanics, a lifelong Floridian and horticulturist.

Chomanics will also be bundling up crops this weekend. A so-called ‘hard freeze’ is also probable in portions of the state, likely killing unprotected plants and crops, especially in northern and Central Florida.

“When we know that there’s going to be a specific hard frost or something like that, we will get blankets, comforters, sheets, different types of wicking materials to put them on the plants for a really chilly night,” said Chomanics, program director for urban agriculture program Fleet Farming in Orlando. “This helps to keep the heat retained and to help prevent any sort of die off.”

Her team is currently prepping beans, cucumbers, tomatoes, peppers and squash for this weekend’s upcoming chill, but she said the crops at the biggest risk of damage are tropical plants that need a warm, sunny environment — citrus trees, mangoes and jackfruit.

Some preventive measures are running irrigation before a frost to create an icy barrier, protecting the plants with more warmth. Additionally, adding extra mulch to crops helps retain heat.

But the frost doesn’t bring only worries. Sometimes, it can kill off invasive tropical pests.

“Crabgrass, which is something that a lot of growers struggle with in the Orlando area, tends to dieback,” said Chomanics. “A frost may be something that can help to reduce invasive species in someone’s yard.”