Sen. Rand Paul is blaming “hatred of Trump” for a lack of research into ivermectin, a deworming medication for livestock that some vaccine skeptics are touting as the miracle cure for humans with COVID-19.

The staunch supporter of former President Donald Trump said he’s “in the middle” of the debate over ivermectin, the veterinary drug which has become the latest unlikely source of right-wing hype amid the pandemic, the Cincinnati Enquirer reported.

“The hatred for Trump deranged these people so much, that they’re unwilling to objectively study it,” Paul said last week at a town hall meeting in a Cold Spring, Kentucky, a suburb of Cincinnati. 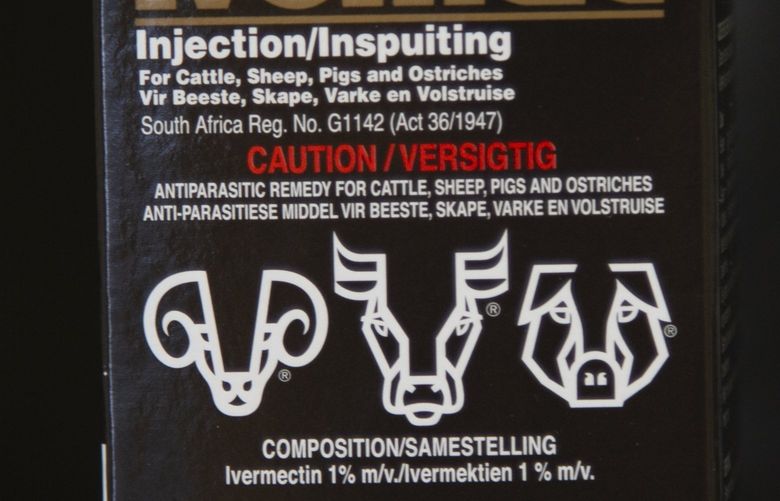 Demand surges for deworming drug, despite no evidence that it’s effecctive against COVID

Without offering any evidence, Paul claimed medical researchers are refusing to look into whether ivermectin might cure COVID-19.

“I can’t tell you because they will not study ivermectin,” said Paul, who is an ophthalmologist.

The Kentucky senator falsely claimed that unnamed health officials refused to study the potential benefits of anti-malaria drug hydroxychloroquine, which Trump persistently promoted when he was president.

“They will not study hydroxychloroquine without the taint of their hatred for Donald Trump,” Paul said.

In fact, extensive studies of hydroxychloroquine showed it is not an effective treatment for COVID-19.

As for ivermectin, health officials say the drug is not safe for people and do not know why some have focused on it as a possible COVID-19 miracle cure.

Ironically, many of the most outspoken advocates of the potential benefits of ivermectin also denounce COVID-19 vaccines, which have been approved by the FDA, as unproven or part of a liberal government plot to control conservatives.

The FDA even put out an unusually blunt tweet urging people not to take ivermectin, amid a surge of calls to poison centers nationwide.

Paul refuses to get vaccinated against COVID-19 and won’t wear a mask because he says he has had the disease and recovered.

Infectious disease experts say even recovered COVID-19 patients like Paul should be vaccinated to prevent being infected again, especially by variants of the deadly virus.