LONDON – Britain’s Prince Harry revealed more of his mental suffering – and anger at his father, heir to the throne – in a series of interviews with his production partner, Oprah Winfrey, revealing that he spent years drinking excessively and taking drugs to numb the pain of his mother’s death and to calm his anxiety at performing royal duties.

The deeply personal narrative by the runaway prince is being rolled out in a series of episodes of a new documentary series, called “The Me You Can’t See,” that the prince is co-creating with Winfrey for the streaming service Apple TV Plus. The series deploys celebrities – Harry, singer Lady Gaga, actress Glenn Close, basketball star DeMar DeRozan – to both de-stigmatize mental illness and draw more eyeballs.

Harry described his years from age 28 to 32 as “a nightmare time in my life,” when he suffered from sweat-soaked panic attacks and severe anxiety. 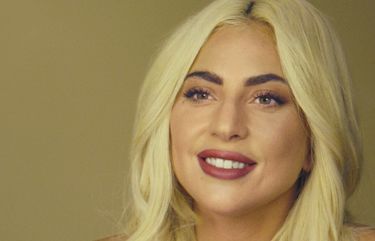 “I was just all over the place mentally,” Harry said, noting that he would consume a week’s worth of alcohol in a single Friday or Saturday night.

He did not say exactly how much he drank or what drugs he took, nor whether he should be considered an alcoholic or addict. Britain’s National Health Service say men and women are advised not to drink more than 14 units a week on a regular basis, which is six pints of lager or a bottle and a half of wine.

“I was willing to drink, I was willing to take drugs, I was willing to try and do the things that made me feel less like I was feeling,” said the 36-year-old prince, now married to Meghan, Duchess of Sussex, an American actress, and living in a seaside mansion in southern California with their son Archie – and another baby on the way.

Harry blamed his trauma on his mother Princess Diana’s death in a high-speed car crash in a Paris tunnel in 1997 and the stress of living the royal life, which he earlier compared to being an animal in a zoo, to be put on display and gawked at the monarch’s subjects.

He directed some of his anger, again, at his father, claiming Prince Charles made him “suffer” as a child. He also said his family never spoke of Diana’s death.

One of his most traumatic moments as a child, Harry said, was when he followed his mother’s horse-drawn casket in a public funeral cortege at age 12, passing by throngs of onlookers, many of them openly sobbing – and staring at him.

“The thing I remember the most was the sound of the horses’ hoofs going along the Mall,” Harry told Winfrey.

“It was like I was outside of my body and just walking along doing what was expected of me. (I was) showing one-tenth of the emotion that everybody else was showing: This was my mum – you never even met her,” he said.

It is worth remembering that – in contrast to the interview with Winfrey that aired on CBS in March – these interviews are not traditional journalism. Harry is co-creator and co-executive producer with Winfrey of the Apple TV series and as such would have control of the questions, staging and editing. He is both subject and director.

Harry is also being paid for his product. The amount is unknown.

In 2019, the prince’s spokesperson said he would donate money from the series to mental-health charities. But on Friday, a spokesperson declined to answer questions about the current financial arrangements and what profit Harry might take from the series.

Harry and Meghan’s website separates the nonprofit work of their Archewell Foundation from their media production deals. And Harry has acknowledged doing least some of those deals – with Netflix and Spotify – to make money, to support his family and pay for their security, after he was cut off financially from the royals.

In the Apple show, Harry said, even today, being in London prompts fight-or-flight emotions. He returned briefly for the funeral of his grandfather, Prince Philip.

The interviews are awfully intimate – perhaps too much for some.

In one scene, Harry is filmed by Winfrey’s cameras during a therapy session known as “Eye Movement Desensitization and Reprocessing,” showing the prince closing his eyes, deep breathing and crossing his arms across his chest, as he recalls past trauma.

In the explosive interview that Harry and his wife gave to Winfrey in March, the duchess said she had suffering from depression and considered suicide. Harry and Meghan claim the palace – and the royal family – were little help.

The palace did not respond to the latest accusations by Harry, though after the original interview with Winfrey in March, Queen Elizabeth II said “the whole family was saddened to learn the full extent of how challenging the last few years have been for Harry and Meghan,” adding “the issues raised, particularly that of race, are concerning.”

Harry repeats his charges in the Apple series: “I thought my family would help, but every single ask, request, warning, whatever it is, just got met with total silence, total neglect. We spent four years trying to make it work. We did everything that we possibly could to stay there and carry on doing the role and doing the job. But Meghan was struggling.”