Skip to content
By
Ali Watkins
The New York Times

PINEDALE, Wyo. — Kenna Tanner and her team can list the cases from memory: There was the woman who got tired and did not feel like finishing her hike; the campers, in shorts during a blizzard; the base jumper, misjudging his leap from a treacherous granite cliff face; the ill-equipped snowmobiler, buried up to his neck in an avalanche.

All of them were pulled by Tanner and the Tip Top Search and Rescue crew from the rugged Wind River mountain range in the last year, in this sprawling, remote pocket of western Wyoming. And all of them, their rescuers said, were wildly unprepared for the brutal backcountry in which they were traveling. 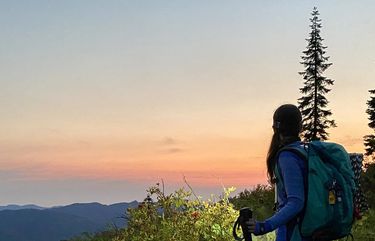 In the throes of a pandemic that has made the indoors inherently dangerous, tens of thousands more Americans than usual have flocked outdoors, fleeing crowded cities for national parks and the public lands around them. But as these hordes of inexperienced adventurers explore the treacherous terrain of the backcountry, many inevitably call for help. It has strained the patchwork, volunteer-based search-and-rescue system in America’s West.

Such operations within the parks are handled by the National Park Service. Outside those boundaries, search-and-rescue missions fall to volunteer groups like Tip Top, which since 1980 has policed the harrowing Wind River mountain range, about an hour southeast of Jackson. After decades as a well-kept wilderness secret, reserved for only the most experienced outdoor enthusiasts, a pandemic-era mainstream has now discovered this rugged stretch of Wyoming.

“They come here and they’re like, ‘It’s beautiful, it’s a big open space.’ And it is,” Lesta Erickson, a Tip Top volunteer, said. “But it’s also dangerous.”

Slicing southeast across the Continental Divide, the Winds — as the range is known locally — are the Grand Tetons’ more remote, inaccessible sister. Where the infrastructure of Jackson and the national park offer direct, if difficult, routes to access those mountains, much of the Wind River Range is at least a daylong hike away from the nearest entry points, mostly through the Bridger-Teton National Forest.

“It’s the last of its kind,” Conor Raney said of the range. Raney, a native of Sublette County, spends his summers picking up trash in the Winds, which he says is one of the few places left in Wyoming that allows for solitude.

It is exactly the sort of place to which locked-down Americans have flocked during the coronavirus pandemic. In a trend reflective of wilderness areas across the West, out-of-staters have pushed deep into remote areas like Sublette County and the Winds, searching for a chance to get outside their homes while still social distancing. With offices embracing remote work, treks to remote areas seem more viable.

The influx has accelerated a trend that search-and-rescue professionals say was already underway in places like the Winds. Garmin inReach devices — satellite-powered beacons that can ping emergency dispatchers in the event of problems — have grown popular and have given many aspiring hikers false senses of security. And social media posts and location tags have made remote areas of the backcountry appear easy to reach.

“They think, ‘All I’ve got to do is hit this button and help is going to be there immediately,’” said Milford Lockwood, a Tip Top volunteer who helps lead helicopter rescues. “They see too many television shows that glamorize it, that’s like, ‘Oh yeah, we’ll be there in a minute.’ ”

In reality, he said, hikers in distress could be 20 miles from the nearest trailhead or in an area that is inaccessible by helicopter. It has become so crowded in the backcountry that it is sometimes difficult to even find a place for the aircraft to land, he said.

The evidence of inexperience is there, in ways big and small: Discarded trash that out-of-town hikers do not pack out; emergency beacons pressed accidentally; piles of human excrement along trails, improperly buried.

Kari Hull, a resident of the area and an avid hiker, said she had to constantly watch her young children on the trails to ensure they do not stumble on used toilet paper or other waste.

“It’s a double-edged sword,” she said, acknowledging that the crowds have made it safer to hike alone. But, she added, “I don’t want to feel like I’m in a Target toy aisle in December.”

A strained system gets busier

For years, outdoors enthusiasts have warned that America’s search-and-rescue system was in trouble. Where places like Canada or Switzerland have professional, full-time teams that manage everything from lost tourists to fatal mountaineering accidents, most operations in the United States are handled by a loose network of volunteer organizations like Tip Top, which are overseen by local sheriffs.

For much of the country’s history, this patchwork system met demand. But that trend has shifted in the last decade — rapidly, over the last year — as less experienced recreationalists push further into treacherous places. And, unlike ambulance rides or hospital visits, search-and-rescue operations are mostly free to those who need them.

“We just get worn out,” said Cody Lockhart, a chief adviser for Teton County Search and Rescue, a volunteer group that polices the area around Jackson. January and February this year were the group’s busiest months since it was founded in the 1990s, he said.

Some search-and-rescue groups are subsidized by federal and state funds, while others have a robust network of philanthropic donors. In Wyoming, the groups are funded by their respective counties and are financially buoyed in part by donations attached to hunting, fishing and recreational vehicle licenses. It helps, but Tanner, from Tip Top, points out that there is no such licensure requirement for hikers and backpackers; instead, she credits the local sheriff’s office and community support with keeping the group well-equipped.

Facing a crisis, some states now charge for rescues made necessary because of negligence. Others, like Colorado, have created a sort of loose membership collective that incentivizes hikers to buy a membership to search-and-rescue operations. It creates a consistent revenue stream, but skeptics worry it could dissuade nonmembers from calling for help.

As Tip Top’s director, Tanner is the group’s only full-time employee. The rest of its 40-odd staff members are local outdoors enthusiasts, many of whom pour their own money into equipment and training, and leave their day jobs to respond to calls. In 2020, the team responded to 44 of them, many that resulted purely from inexperience in the backcountry. Such rescues have drained the small group of dedicated members who lead the team, Tanner said.

It was 11:47 p.m. on Labor Day last year when the calls started coming in to Tip Top, first a trickle, then dozens. The holiday weekend had sent throngs of newcomers into the Winds to camp — and around midnight, a spectacular windstorm swept across the range, downing a staggering number of trees and sending temperatures plummeting.

Over the course of the week, Tip Top went on eight separate missions to help 23 people, Tanner said. The calls came in one after another: lost hikers, injured hikers, hikers unsure how to find the trail, hikers without cold weather gear. It would be the busiest week in the group’s history.

Tip Top volunteers say it is a miracle that no one was killed during the incident that has come to be referred to as “The Blowdown.” Volunteers visited trailhead parking lots every morning to record license plates and find out who had not yet returned from the backcountry; it took nearly a week before every hiker had been accounted for.

The storm is spoken of in Sublette County with a sort of reverence. It underscored just how wild and unpredictable the Winds can be and how serious inexperience can become.

No one expects the eventual end of the pandemic to stem the flood of newcomers to the Winds, which people grudgingly admit have been discovered. Property values continue to soar in Sublette County, and even this winter, locals say out-of-state plates were more common than Wyoming plates in trailhead parking lots.

“You can’t stop it,” said Chris Hayes, who works at an outdoor retailer in Pinedale and also runs a fishing guide service. “There’s no secret place anymore. They’re all gone.”

Hayes said he was glad people were discovering the beauty of the Winds, but the cavalier attitudes have been frustrating. He remembers a man from Florida who stopped by the shop in November, intent on climbing nearby Gannett Peak, Wyoming’s tallest mountain. The man had no backpacking experience for the 40-plus-mile trek, which included ice climbing over a glacier, Hayes said. He advised the man against the trip, repeatedly, then watched helplessly as the man ignored him and walked out.

The next day, Hayes said, he received a phone call: A ranger had found the man, huddled in his car at the trailhead, unable to turn on his camp stove. Having spent the frigid night in his vehicle, the man had finally been persuaded to return home.