Across the country, several major national parks are taking steps toward reopening after shutting down to stop the spread of the novel coronavirus.

Officials this week are beginning to unlatch the gates and let visitors in at some parks that shuttered, trying to balance efforts slow spread of the virus and President Donald Trump’s desire to reopen the parks amid a broader push to reinvigorate the economy.

But some park employee advocates are pointing to the agency’s own projections of a “worst case scenario” that predicts the hospitalization of staff members who live at the parks if they reopen when the virus is unchecked. Advocates worry the Trump administration may be putting rangers and other employees at risk of serious illness for a short-term political gain.

“This is serious business,” said Phil Francis, head of the Coalition to Protect America’s National Parks, a group of current and former park employees and volunteers. “It really calls for a really serious commitment to mitigating the risk.”

In Florida, officials in the Everglades this week reopened some boat launch ramps, restrooms, gas pumps and roadways in the 1.5 million-acre swampland park. In Alaska, leaders at Denali National Park began letting visitors drive again along parts of a 92-mile road running around its towering peaks.

And along the border of North Carolina and Tennessee, Great Smoky Mountains, the nation’s most-visited major national park, is set to reopen many roads and trails to parkgoers on Saturday while staff prepare to install Plexiglass shields at visitor centers and disinfect restrooms with specialized fog.

“There’s nothing better, I think, for America than having an opportunity to get out, enjoy their parks, do some good social distancing [and] enjoy the benefits of nature,” Interior Secretary David Bernhardt told conservative radio host Joe Thomas on Monday on his way to visit staff members at Shenandoah National Park in Virginia.

Other parks have not set dates for when they will reopen but are laying the groundwork for doing so. Rocky Mountain National Park in Colorado, for instance, brought on seasonal employees in mid-April for its alpine wildfire crew. For firefighters who do not live nearby, “we spread them out in some of the park’s housing units as best we could,” park spokesman Kyle Patterson said. 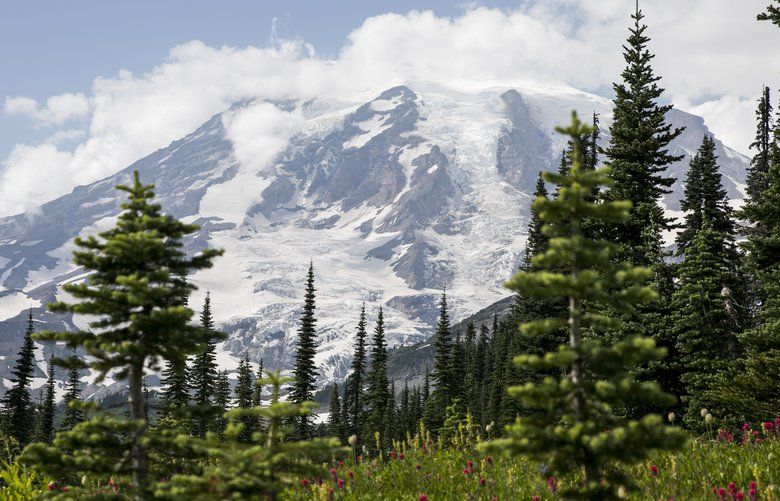 According an internal agency memo, the Park Service’s Washington headquarters told parks that house employees on site to prepare for 4% of the park’s population to require hospitalization because of covid-19, the disease caused by the novel coronavirus – and for 40% to require isolation at some point because of potential exposure to the virus.

Park Service spokeswoman Alexandra Picavet said the memo, which was last revised on March 24, was made using a study put out that month by Imperial College London and is “out of date.”

The figures in that memo, Picavet added, represent “a worst case scenario.” The memo was obtained by the Coalition to Protect America’s National Parks and provided to The Washington Post.

Francis, the group’s leader, said park sites should reopen only after the staff has been properly trained, provided personal protective equipment and given housing that allows for social distancing.

“A gap in any of those pieces could cause a spike” in covid-19 cases, said Francis, who also is a former superintendent of the Blue Ridge Parkway.

Bernhardt and his staff added that decisions to close or reopen parks are being made in tandem with governors and other local leaders.

“In every case where a state or local public health official has requested [that] a NPS unit close,” Picavet said, “we have done so.”

While parks are increasing recreational access, she added, “a return to full operations will continue to be phased and services may be limited.”

Though more than 250 of the 419 National Park Service units have remained open in some capacity through the pandemic, a number of the most popular parks – including Grand Canyon, Yellowstone and Yosemite – have shuttered.

The parks closed largely at the behest of local politicians and public health officials who did not want to see nearby communities – often small and lacking in hospital beds – become covid-19 hot spots.

Late last month, Trump announced on Earth Day that his administration “will begin to reopen our national parks” after making “significant progress against the invisible enemy.”

Since then, the president has said he is planning to attend a July 3 celebration with fireworks over Mount Rushmore. And he used the cavernous inside of the Lincoln Memorial to host a virtual town hall with Fox News this week.

“Certain states are going to have to take a little more time in getting open, and they’re doing that,” Trump said during the event Sunday. “Some states, I think, frankly, aren’t going fast enough.”

(Anika Varty / The Seattle Times)
This story was originally published at washingtonpost.com. Read it here.