The U.S. Supreme Court sided with a Southwest Airlines baggage-handling supervisor seeking to avoid having to go to arbitration with her bid for overtime pay, ruling in a case with possible implications for Uber drivers and Amazon warehouse workers.

The justices unanimously said Monday the supervisor isn’t covered by a 1925 federal law that requires enforcement of agreements to take claims to arbitration rather than to court. The majority said the employee qualified for an exception in that law for workers engaged in foreign or interstate commerce.

The case was being closely watched because of the potential impact on other jobs in the transportation and shipping industries. Uber, Lyft and Amazon all filed briefs backing Southwest, urging the court not to interpret the Federal Arbitration Act’s exception as covering their workers. 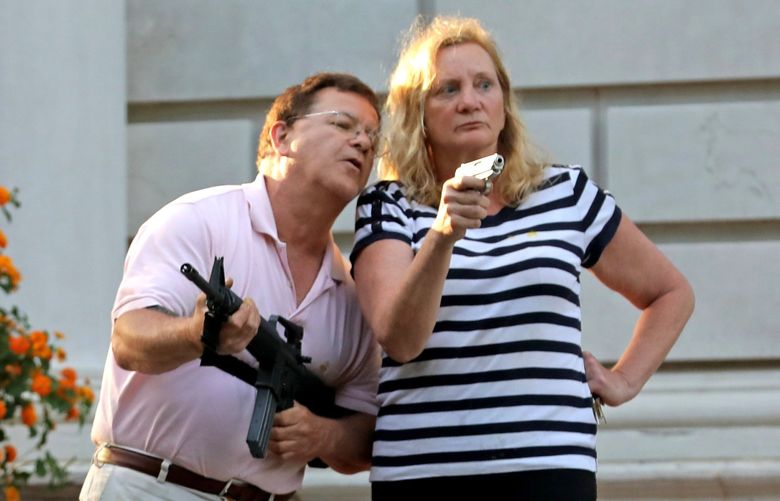 The ruling didn’t explicitly say how workers in those industries will be affected. Writing for the court, Justice Clarence Thomas rejected calls to exempt virtually all employees of major transportation providers. But he also said some workers are exempted from the arbitration law even if they don’t physically cross a border.

“Airplane cargo loaders plainly do perform activities within the flow of interstate commerce when they handle goods traveling in interstate and foreign commerce, either to load them for air travel or to unload them when they arrive,” Thomas wrote.

Justice Amy Coney Barrett didn’t take part. Although Barrett gave no explanation, she served on the federal appeals court that ruled in the case.

The ruling kicks the case back to a lower court, where Southwest is still pressing a different argument, based on Illinois state law, for sending the suit to arbitration.

The case involved Latrice Saxon, who works at Chicago’s Midway International Airport as a ramp-agent supervisor, overseeing the loading and unloading of luggage on and off planes. As a condition of her employment with Southwest, Saxon signed an agreement to take any wage disputes to arbitration, rather than filing a lawsuit. She is seeking to sue on behalf of ramp-agent supervisors nationwide.

Southwest said the impact on the company will be “minimal,” in part because its arbitration program applies only to nonunion employees.

“Because non-union employees rarely handle cargo on a regular basis, Southwest will continue to rely on the Federal Arbitration Act to enforce its arbitration program in the future,” Southwest said in an emailed statement.

The Supreme Court has backed arbitration in a series of past cases, pointing to the 1925 law and its requirement that agreements to arbitrate be enforced like any other contract. The court ruled in 2018 that companies generally can enforce arbitration accords with employees even if they bar group claims.

But the court said Monday that Saxon qualifies for an exemption in that law for “seamen, railroad employees or any other class of workers engaged in foreign or interstate commerce.”