WASHINGTON — Once his impeachment trial concludes and former President Donald Trump returns to his business, he will face some obvious challenges, such as declining real estate income and investigations from New York authorities.

But he may also have to finally face two tax issues that have been simmering in the background, either of which experts say could carry significant consequences should they materialize now that he is out of office.

One is a massive income tax refund Trump received before entering office, according to The New York Times, one that has quietly been under a yearslong review by the Internal Revenue Service and a little-known congressional panel, the Joint Committee on Taxation.

The refund, which the IRS issued to Trump in 2010 for $72.9 million, according to The Times, could be a nonissue for Trump if the agency rules that it was issued appropriately and he should keep the funds.

But if the agency rules against him, he could be asked to pay it back with interest, handing him a debt of more than $100 million at a time when some of his biggest properties are suffering severe revenue losses and the law firm that handled his tax issues cut ties with him following the attack on the U.S. Capitol. 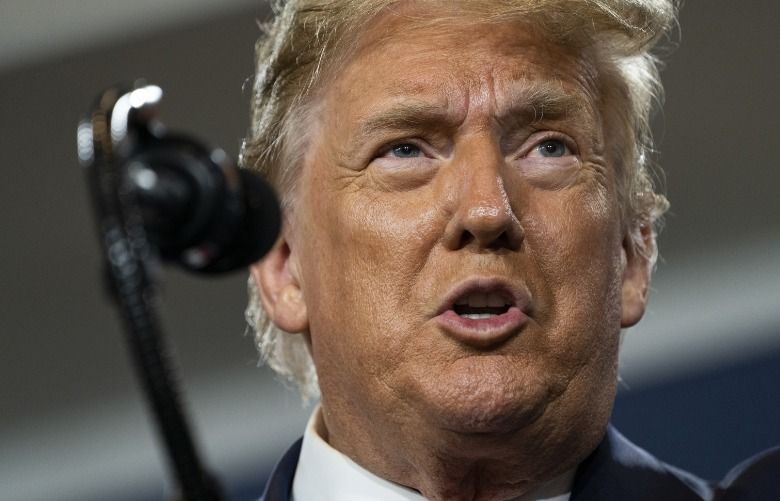 After the Times story, Trump Organization attorney Alan Garten issued a statement to The Washington Post saying parts of the story were inaccurate, without identifying them. “Over the past decade the President has paid tens of millions of dollars in personal taxes to the federal government,” he said. He declined to comment further Wednesday.

Steven M. Rosenthal, a tax expert who worked for the Joint Committee on Taxation in the 1990s, said he was not surprised that the IRS and the committee didn’t issue a decision while Trump was in office. He said it’s more likely they’ll move forward now.

“The outcome of all this may be a huge liability for Donald Trump,” Rosenthal said. “This is real money.”

The other issue Trump faces is the possibility that Democrats, after five years of trying, will finally pry free Trump’s tax returns now that the party controls both Congress and the White House. Leading House Democrats are still pursuing a lawsuit seeking six years of Trump’s returns. On Feb. 3, a federal judge gave officials in the Biden administration until March 3 to decide whether it plans to comply.

No decision has been scheduled for either issue, but experts say legal and administrative authorities are more likely to address Trump’s tax issues now that he is a private citizen, even as Biden administration officials debate how much to hold Trump accountable for past actions while also trying to move the country forward. 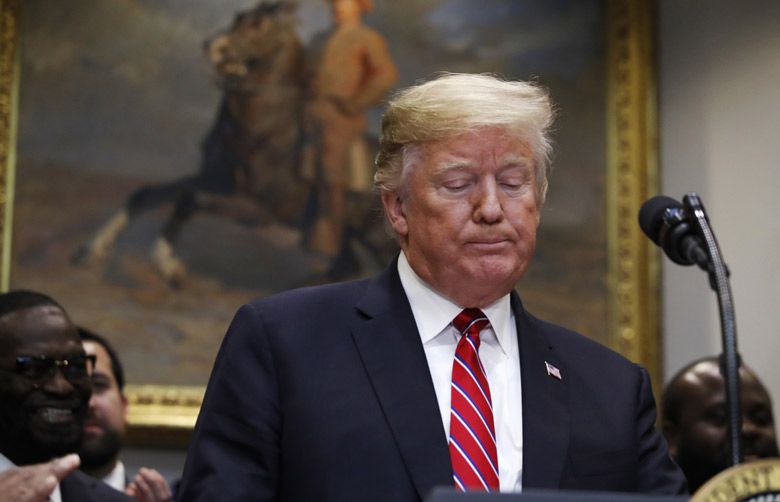 Trump steps out of the White House and into a company in crisis (Jan. 21, 2021)
Advertising

“With Trump out of the White House, the IRS and state and local taxing authorities will no longer fear going after him,” said Bert Ely, a consultant who has testified before Congress on financial matters.

Because the refund is a private tax matter under federal law, the IRS has not said anything about when a decision will be rendered, or whether it already has. The Joint Committee on Taxation also has provided the public with no information.

“The staff of the Joint Committee on Taxation does not comment on the receipt of any review case, nor comment on when any review case’s review has been completed,” said Thomas A. Barthold, the agency’s chief of staff, in an email to The Post.

Rosenthal, the former committee staffer, said the IRS sometimes quickly issues refunds but then later reconsiders whether doing so was proper. In cases involving large sums, the IRS consults with the committee. Committee staff members offer an opinion, but the final decision on whether to “claw back” a refund belongs to the IRS.

Rosenthal said the Joint Taxation Committee “plays merely an advisory role. It reviews a refund, at least a quickie refund, after the refund has already been paid. And it may raise questions for the IRS to think about. But the IRS is not bound to resolve those questions.”

Rosenthal, now a senior fellow at Washington’s Urban-Brookings Tax Policy Center, said he had no direct knowledge of Trump’s case. But he said that if the IRS believed Trump would resist paying the money back, it may have delayed a final outcome until after he left office.

“The IRS — and, I imagine, even Joint Tax — wouldn’t be really crazy about trying to get into a big confrontation while Trump was president. So a delay was understandable,” Rosenthal said. Now, he said, “I think it’ll finish.”

Rosenthal said there might be no public notice if the fight concludes with the IRS or Trump backing down. But Trump himself could make the matter public if he refuses to accept a decision and files a lawsuit to block it.

The IRS is still under the control of Commissioner Charles P. Rettig, whom Trump appointed to the agency in 2018 and whose term runs until November 2022. Rettig, a Beverly Hills attorney before joining the IRS, owns a 50% share in two units in Trump International Hotel Waikiki, prompting concerns from congressional Democrats about whether he would remain impartial in decisions affecting Trump’s finances, such as the refund.

Through a spokesman, Rettig declined to comment on whether he would personally review large, prominent refunds such as the one reportedly received by Trump. Rettig also declined to say if he would recuse himself in matters related to Trump’s business. Trump’s company manages the Waikiki hotel and splits revenue with unit owners.

“Regarding recusals generally, the Commissioner follows the advice provided by career IRS Ethics Officers,” said IRS spokesman Terry Lemons in a statement. Lemons said Rettig had been briefed on conflicts of interest and recusal requirements and that he “is committed to fair and impartial operation of the IRS in its service and enforcement matters.”

John Koskinen, Rettig’s predecessor at the IRS, said that in his experience commissioners were not involved in decisions about whether to grant a refund or claw back one that had previously been granted. An IRS directive allows the commissioner to delegate such issues to career staff.

“In four years, I never saw a tax return. And nobody ever asked me about a particular case or a refund, or the status of an audit,” Koskinen said.

Although dealing with a sitting president’s taxes is highly unusual, the IRS tradition was for those decisions to be made by career staff, without involving the agency’s two presidential appointees, the commissioner and general counsel. “I don’t think there’s a statutory provision that says the commissioner can’t be asked,” Koskinen said.

Though Trump is known to demand loyalty from his appointees, Rettig may be of little assistance to Trump when it comes to keeping the former president’s tax returns private.

After Trump became the first president since the 1970s not to release his tax returns, Democrats demanded that Rettig provide Trump’s returns to the committee overseeing the IRS.

Under questioning in 2019 from Senate Finance Committee Chairman Ron Wyden, D-Ore., Rettig said the decision was not his but that of Trump’s treasury secretary, Steven Mnuchin, who oversaw the IRS at the time.

“We are a bureau of the Treasury. We are supervised by Treasury,” Rettig responded.

Rep. Richard Neal, D-Mass., chairman of the House Ways and Means Committee, then sued Treasury and the IRS for the returns later that year. Neal issued a statement to The Post saying he will continue seeking the returns with Trump out of office, as part of a program of automatic audits of the president and vice president.

“The Committee will continue to pursue its case for the President’s tax returns as part of our oversight of the mandatory presidential audit program,” he said.

Attorneys for Trump from the law firm Consovoy McCarthy have argued in a related suit that Neal “is trying to expose the President’s financial information for political gain, not to study the IRS’s audit procedures,” according to court filings. They did not respond to a request for comment Wednesday.

Newly installed Treasury Secretary Janet Yellen has not yet said how she will handle the request for Trump’s taxes, and Treasury Department officials declined to comment. U.S. District Judge Trevor N. McFadden is waiting on the Biden administration to take a position on the case before moving forward.

IRS experts said it’s probably Yellen’s decision to make on whether to surrender Trump’s tax returns to the committee.

“Given that so far it’s been controlled by Treasury, I’d be surprised if it was reverted to the IRS,” said Mark Everson, who served as IRS commissioner under President George W. Bush. “That would put Rettig in a very tough position.”

Koskinen agreed, saying it would be odd for Rettig to get involved.

“This is a matter of politics,” he said. “The treasury secretary is the right person to be making this decision. The commissioner stayed out of it last time around and I assume he will this time around as well.”

However, Koskinen tried to temper expectations among Trump opponents that the returns might reveal some previously unknown business relationships, since tax returns often don’t address the filer’s partners.

Wyden said through a spokesperson that he will continue to push legislation requiring that presidents and vice presidents make their tax returns public.

“There needs to be transparency and the American people need to know that the president and vice president are paying what they owe,” he said.