NASHVILLE, Tenn. (AP) — New measures that restrict how race is addressed in classrooms have spread confusion and anxiety among many educators, who in some cases have begun pulling books and canceling lessons for fear of being penalized.

Education officials have nixed a contemporary issues class in a Tennessee district, removed Frederick Douglass’ autobiography from reading lists in an Oklahoma school system and, in one Texas case, advised teachers to present “opposing” views of the Holocaust.

At least a dozen states have passed measures this year restricting how schools teach about racism, sexism and other topics. While educators are still waiting to see how they will be enforced, the vagueness of some of the measures, coupled with stiff penalties including potential loss of teaching licenses, already are chilling conversations on race in schools and, in some cases, having consequences that likely go well beyond the intent of those approving the measures.

Matt Hawn, a high school social studies teacher in Tennessee, said he has heard from teachers concerned about how they will teach controversial topics since he was fired himself this spring as state lawmakers were finalizing new teaching restrictions. 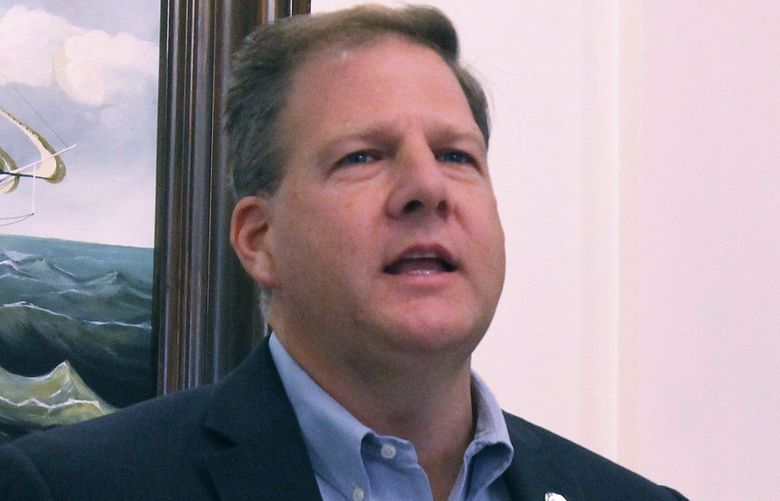 “It’s certainly giving them caution, like, ‘What’s going to happen if I teach this?’ — because the penalty is so steep,’” Hawn said.

Hawn was dismissed after school officials said he used materials with offensive language and failed to provide a conservative viewpoint during discussions of white privilege in his contemporary issues class, which has since been eliminated.

Teaching around race and diversity has been on the rise alongside a broader acknowledgment that racial injustice didn’t end in America with the passage of the 1964 Civil Rights Act. Those efforts have spurred a backlash, particularly among Republican voters.

In Virginia, Republican Glenn Youngkin won the governor’s race this month promising to ban critical race theory, a term has become a stand-in for concepts like systemic racism and implicit bias. His Democratic opponent faced criticism for saying parents shouldn’t tell schools what to teach.

Some sections of the new laws would seem unobjectionable. Tennessee’s law bars the teaching that one race or sex is inherently superior to another race or sex. But other sections are more murky, barring teaching that promotes division or causes children to feel psychological distress because of their race or sex.

Those vague prohibitions have left teachers worried that any instruction on difficult topics like slavery or contemporary racism could be construed by parents as violating the law, said Alice O’Brien, general counsel for the National Education Association.

“These measures are problematic because it is unclear what they mean and very much in the eye of the beholder,” O’Brien said. “I think it is worth understanding that every state already has pretty comprehensive rules in place for K-12 about what teachers have to teach. And they’re required to teach the whole history of the United States … not just the parts that we can feel celebratory about.”

Some have cited the new laws in pushing to eliminate instructional material.

In Tennessee, a conservative group of mothers in the Nashville suburb of Williamson County, Moms for Liberty, has challenged how schools teach the civil rights movement to second graders.

In a letter to the Department of Education, Robin Steenman complained that the texts and accompanying teachers manual imply that “people of color continue to be oppressed by an oppressive ‘angry, vicious, scary, mean, loud, violent, (rude), and (hateful)’ white population.” The books Steenman cited include “Ruby Bridges Goes to School” and “Martin Luther King Jr. and the March on Washington.”

In Oklahoma, teachers in the Edmond Public Schools said books by authors of color were struck from a list of anchor texts, around which English teachers build their curriculum. A lawsuit filed by teachers, students and parents said the district also removed commonly taught texts by Black authors from the curriculum, including the autobiography of Frederick Douglass.

A spokesperson for the school system, Susan Parks-Schlepp, said some reading assignments were made optional as part of an annual review to ensure they align with state guidelines.

In Texas, one Republican lawmaker directed a committee he chairs to seek information on the use of at least 850 books on topics ranging from racism to abortion.

State Rep. Matt Krause, who is running for state attorney general, said five Texas school districts had removed books “after receiving objections from students, parents, and taxpayers.” Two of the districts confirmed that they had received copies of the letter and were looking into the matter, but they did not comment further.

Clay Robinson, a spokesperson for the Texas State Teachers Association, said the letter only adds to the confusion teachers have dealt with since the state passed a bill requiring educators to teach “both sides” of topics.

“Teachers are already feeling like Big Brother is looking over their shoulders,” Robinson said.

The racial divide in support for these measures was obvious at an Alabama School Board meeting in August where the two Black members voted against a resolution denouncing “instruction intended to indoctrinate students” in ideologies promoting a particular race or sex, while the seven white members voted in favor.

Speaking against the measure, school board member Tonya Chestnut said all children deserve to be in an environment where they feel safe and can appreciate their heritage, but the resolution could “put teachers in a position where they feel uncomfortable, even fearful, to teach the truth.”

James Copland, director of legal policy at the conservative Manhattan Institute, said that chilling effects are real, but that appropriately tailored new laws are needed to show schools what is and isn’t appropriate.

He pointed to some episodes including a Cupertino, California, teacher who directed elementary school students to “deconstruct” their racial identities and a Philadelphia elementary school that had students appear on an auditorium stage with signs that read “Jail Trump” and “Black Power Matters.”

“We don’t want to chill genuine discussion and clear-minded study of history,” Copland said. But he said students should not be forced to subscribe to a set of beliefs around racism and sexism.

Derek W. Black, a professor of law at the University of South Carolina and the author of “Schoolhouse Burning: Public Education and the Assault on American Democracy,” said these measures are unnecessary. Federal civil rights law already makes it illegal to discriminate in the classroom, he said.

Coronado, who reported from Austin, Texas, is a corps member for the Associated Press/Report for America Statehouse News Initiative. Report for America is a nonprofit national service program that places journalists in local newsrooms to report on undercovered issues.

TRAVIS LOLLER
ACACIA CORONADO
The Seattle Times does not append comment threads to stories from wire services such as the Associated Press, The New York Times, The Washington Post or Bloomberg News. Rather, we focus on discussions related to local stories by our own staff. You can read more about our community policies here.
Advertising