When the great Gen. George Washington left his comfortable retirement at Mount Vernon to become the first president of the United States, well-wishers threw flowers at his feet. For hundreds of miles, as he made his way to the temporary capital in New York City, thousands of people followed alongside with blessings, toasts and cheers. Once he was in New York, there was a fireworks show.

Seven years later, toward the end of his second term, he was so disliked that the House voted against adjourning for 30 minutes to wish him well on his birthday.

Nowadays, Washington’s birthday is officially recognized as Presidents Day, but when he was alive, his legacy was very nearly ruined by his presidency. Historian Alexis Coe describes how and why in her new book, “You Never Forget Your First: A Biography of George Washington.” 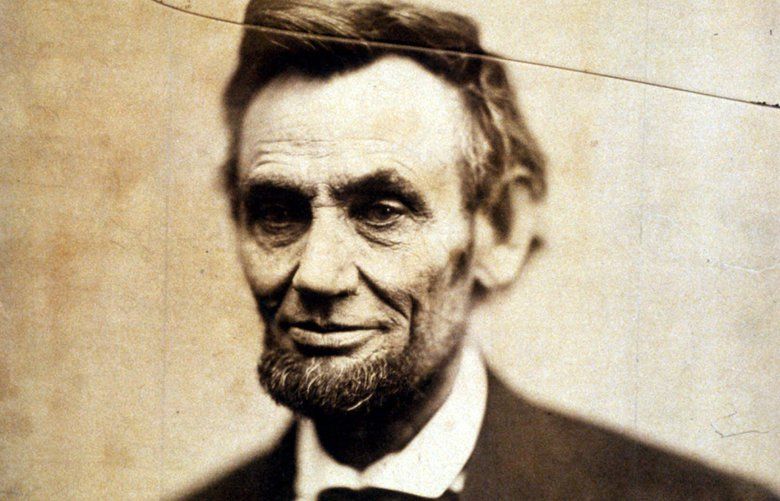 It cannot be overstated how much Washington did not want to be president. Years before, he had been so excited to be general at the beginning of the Revolutionary War that he showed up to the Second Continental Congress in uniform. It wasn’t so with the presidency. When news of his election reached him in the spring of 1789, he told Henry Knox, “My movements to the chair of Government will be accompanied with feelings not unlike those of a culprit who is going to the place of his execution.”

“He had every reason to stay home as far as his personal preferences, what his wife wanted and his position in the world,” Coe recently told The Washington Post. “He had everything to lose by going into the presidency. And in some ways, he did.”

The first big problem was how frequently he was caught in the middle of infighting between the two nascent political parties, the Federalists and the Democratic-Republicans. His Cabinet members were split between the two, and the infighting did not stay behind closed doors. Secretary of State Thomas Jefferson funded a newspaper that criticized Washington’s every move, while Treasury Secretary Alexander Hamilton wrote under a pseudonym for a pro-Washington paper.

Long before MSNBC vs. Fox News, it was the National Gazette vs. the Gazette of the United States. “Neither publication bothered with the pretense of objectivity,” Coe writes. No articles “were fact-checked, and everything, including personal lives, was fair game.”

Although Washington never declared a party affiliation, only Federalists remained in his administration in his second term.

And that second term, which he had to be persuaded to even bother with, was when things got really bad.

Great Britain and France were at war, and both empires wanted the United States to side with them. At the same time, tensions between the United States and Britain were rising because Britain still had not withdrawn from forts it had agreed to vacate at the end of the Revolutionary War, and it was seizing American ships and sailors bound for France.

In the end, the Washington administration negotiated a treaty with the British. It barely passed the Senate, but it “was immensely unpopular with the American public,” according to the State Department’s Office of the Historian.

Of course, it didn’t help that France’s new ambassador to the United States went on a speaking tour up the East Coast to whip up support for the French, Coe writes. By then, the capital had moved to Philadelphia. Vice President John Adams later wrote that the French ambassador had incited “ten thousand People in the Streets of Philadelphia, day after day, threaten(ing) to drag Washington out of his House, and effect a Revolution in the Government.”

Then there was the Whiskey Rebellion debacle. To pay back foreign debt, Hamilton had proposed a tax on whiskey from Kentucky and western Pennsylvania. Distillers worried it would decrease sales and thought it was unfair that they take on the burden for the whole country.

They petitioned Washington to stop it. Then they held peaceful demonstrations. Finally, violence broke out – one tax collector was tarred and feathered, and another’s home was set ablaze.

“In an extraordinary show of executive overreach,” Coe writes, Washington called the state militia to federal service. He showed up in Pittsburgh in a military uniform to lead the charge against the tax opponents, becoming “the first and only president to take up arms against his own citizens.”

But there was no confrontation. Washington thought the better of it and returned to Philadelphia. When two insurrectionists were convicted of treason, he pardoned them, but the damage to his reputation had been done.

Coe includes a chart in her book of what other Founders said about Washington before his presidency and after. The difference is shocking.

John Adams in 1785: “I glory in the character of Washington because I know him to be an exemplification of the American character.”

John Adams in 1812: “Too illiterate, unlearned, unread for his station and reputation.” (Washington was largely self-taught but not illiterate or unlearned.)

And here’s Thomas Paine in a letter to Washington in 1779: “I shall never suffer a hint of dishonor or even a deficiency of respect to you to pass unnoticed.”

And in 1796: “The world will be puzzled to decide whether you are an apostate or an impostor; whether you have abandoned good principles, or whether you ever had any.”

Washington’s Farewell Address has become famous for warning Americans against political factions and foreign influence. Earlier drafts of the speech also show him railing against “malicious falsehoods” spread about him “to misrepresent my politics and affections; to wound my reputation and feelings.” Hamilton encouraged him to cut that part because he sounded too bitter.

Washington delivered a final address to Congress in December 1796, three months before he officially left office. Andrew Jackson, a freshman congressman at the time, was in the audience. The future president refused to applaud.