When famed televangelist Marcus Lamb died this week at 64 after contracting COVID-19, a who’s who of conservative Christian leaders sent out regrets. Evangelist Franklin Graham said Lamb is now “experiencing heaven.” National Hispanic Christian Leadership Conference head Samuel Rodriguez called him a “faithful follower of Jesus … with a heart for the lost and broken.”

Absent was a painful truth: Lamb had led his global Christian network, Daystar, for months in spreading inaccurate information about coronavirus vaccines and instead promoting treatments that are not proven remedies. The vaccines, a May segment on Daystar said, falsely, are “killing your immune system.”

Head of Daystar, a Christian network that discouraged vaccines, dies after getting COVID

But the silence and unanswered questions by some Christian leaders, as well as Lamb’s family and network, sit atop what some experts say is a deep base of politics, conspiratorial thinking and a skepticism of anything that appears secular.

And that makes frank discussion of Daystar’s activism against vaccines, even in the face of death, unlikely.

Robert Morris, the Dallas-area pastor whose Gateway Church will host Lamb’s funeral Monday, declined to comment on the topic. He “has not and will not engage in the medical debate or dialogue regarding vaccines,” Morris spokesman Lawrence Swicegood told The Washington Post in an email. “Those are personal choices, and one should consult medical advice from their doctor to make their own choice. As a church pastor his sermons at Gateway Church address spiritual issues and biblical content.”

Daystar for months has hosted conspiracy theorists pressing unproven treatments for the virus, including some who framed vaccines and mandates as ungodly and satanic. Lamb and others featured on Daystar described the virus, vaccines and vaccine mandates as evidence of the devil trying to attack followers of a true God.

“There’s no doubt in my mind that this is a spiritual attack from the enemy,” Lamb’s son, Jonathan, said on the network last month about his father’s COVID-19 bout, Relevant magazine reported this week. “The enemy,” he said, is angered by the promotion of vaccine alternatives. “And he’s doing everything he can to take down my dad.”

Curtis Chang, a divinity school professor who last year launched the Christians and the Vaccine project, said the repulsion among evangelicals to vaccines is multilayered — and in some ways new.

“Built into conservative evangelical Christianity, at its best, is a critical stance towards all institutions. There is this belief: ‘Look, we follow Jesus, and all other loyalties have to be critically evaluated.’ Anything secular is held in immediate suspicion,” Chang said. “That impulse in evangelicalism has gotten so weaponized by a bunch of influences in politics, media and movements like the anti-vaccine movement. It adds a spiritualization of that suspicion, such that they see demonic forces. It’s so entangled.”

Graham, the son of Christian icon Billy Graham and president of Samaritan’s Purse, the huge humanitarian aid group, was slammed by some evangelicals in the spring after he urged people to get vaccinated and called the vaccines “pro-life.” Criticism came from people distrustful of medical institutions and those calling the vaccines “devilish” — or both.

Asked this week why he did not mention the vaccine issue in his tributes to Lamb, Franklin Graham wrote to The Post that he had noted that Lamb died of complications from the virus.

“I have been very clear about my support for vaccines. As a Christian, I am pro-life, and I believe vaccines are tools that are being used to save lives,” Graham wrote. “Of course, Daystar Television Network and millions of others have a different opinion, and even though we may disagree, I respect them. Like all medical treatments, vaccines are a personal choice.”

The issue can be explosive for businesses that serve vaccine skeptics. Some Christian media executives say they hear from many angry customers when they promote vaccines. 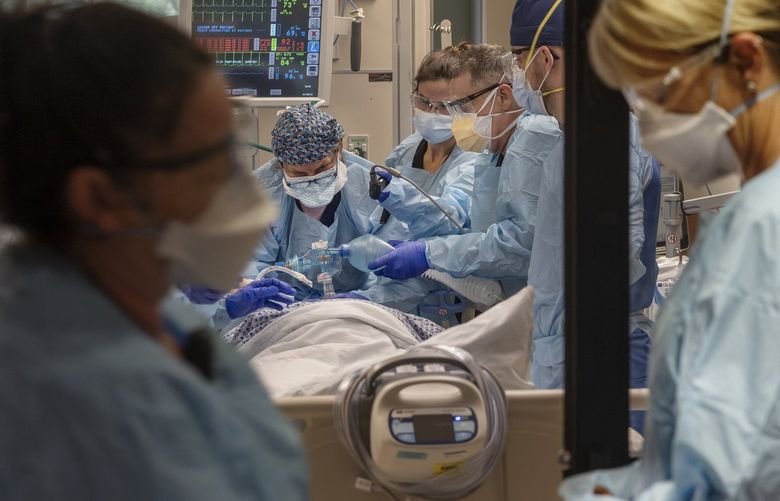 Dan Darling lost his job as spokesman for the National Religious Broadcasters in August after he publicly endorsed vaccines from an evangelical perspective. The NRB is a conservative-leaning group of Christian media professionals.

“While most evangelicals have seen the prudence and safety of the vaccines, there are many who are hesitant,” Darling wrote to The Post. “Part of the reason for this skepticism is a deep distrust of American institutions, many of which have failed in recent years. And part of the reason is misinformation. I’m saddened by the passing of Marcus Lamb. His ministry was very influential and was felt by millions around the world. We should mourn every death from COVID and pray for an end to this pandemic.”

Even Daystar, which devotes prominent space on its network and webpage to doubt about the vaccines, declined to comment when asked about this topic. A spokesperson declined to say whether Lamb was vaccinated.

Sarah Posner, a journalist who has written two books about the Christian right, said “the predominant theology” for watchers of networks such as Daystar — the second-biggest Christian network in the world, according to its competitor CBN — centers on life as a spiritual battle in which faith healing is possible.

Marcus Lamb was seen by his audience as a very godly Christian figure who is telling them that the vaccines are bad and these [alternative treatments] are good and to do these things instead. So how could he get COVID? Because satanic forces are against his truth-telling and are trying to bring him down.”
— Sarah Posner, a journalist who has written two books about the Christian right

“Marcus Lamb was seen by his audience as a very godly Christian figure who is telling them that the vaccines are bad and these [alternative treatments] are good and to do these things instead,” Posner said. “So how could he get COVID? Because satanic forces are against his truth-telling and are trying to bring him down.” She added that secular politics is also an essential part of the picture for white evangelicals, who are overwhelmingly politically conservative. “If vaccines are being promoted by Democrats or a government controlled by Democrats, they must be bad.”

“It’s this extreme hijacking of the evangelical movement by these forces,” he said, adding that he does not expect Lamb’s death to change the segment of the vaccine-resistant. “It’s like a cult — you just revise and tweak the belief system to accommodate the new fact.”