Skip to content
By
NOMAAN MERCHANT
The Associated Press

The U.S. presidential election was not tainted by widespread voter fraud or irregularities in how ballots were counted, despite a huge effort by President Donald Trump to prove otherwise.

In refusing to concede the election, Trump claims that he would have won were it not for “illegal” votes counted in several states that he lost or where he is currently trailing. But Trump and his allies haven’t offered any proof, and their legal challenges have largely been rejected by the courts.

Nonpartisan investigations of previous elections have found that voter fraud is exceedingly rare. State officials from both parties, as well as international observers, have also stated that the 2020 election went well.

A look at the election and the allegations Trump has made: 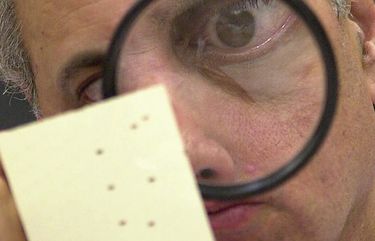 Remembering the election of 2020, and how this year is different

HOW MANY PEOPLE VOTED THIS YEAR?

More than 150 million people voted in the presidential election. As of Tuesday night, one week after the election, President-elect Joe Biden had received over 5 million more votes than Trump.

Biden has 290 votes in the Electoral College to Trump’s 214. The Associated Press has not yet determined the winner in Alaska, Georgia or North Carolina.

Of the states Trump has most targeted as allegedly tainted by fraud, Biden holds small but significant leads in all of them. The Democrat leads in Arizona, Georgia, Michigan, Nevada, Pennsylvania and Wisconsin.

HOW DID THE ELECTION GO?

Several states successfully enacted voting measures during the coronavirus pandemic. The Democratic stronghold of California improved its mail-in balloting system, for example, and delivered as expected for Biden. But Trump easily won reliably Republican Nebraska, North Dakota and Montana, all states that also significantly expanded vote by mail this year.

Two decades after it was at the center of a disputed recount, Florida has adopted early voting and allowed voters to cast absentee ballots without having an excuse. The AP called Florida for Trump at 12:35 a.m. Wednesday.

Vote counting was slow in three Midwestern states that went for Trump four years ago and flipped to Biden this time: the “blue wall” of Michigan, Pennsylvania and Wisconsin. That’s because of an increase in mail-in ballots, which the Biden campaign pushed its supporters to use as a safety measure because of the pandemic. Trump baselessly argued that mail-in ballots were subject to fraud and encouraged his supporters to show up to vote in person on Election Day.

As a result, Trump led all three states in Election Day voting, but those leads were erased as mail-in ballots were counted.

All three states largely ignored advice from nonpartisan observers to expand the window for counting mail-in ballots before Election Day. Michigan gave election officials one day, and Pennsylvania and Wisconsin did not allow counting beforehand. All three states have Republican legislatures.

WHAT IS TRUMP CHALLENGING?

The Trump campaign has filed more than a dozen lawsuits in at least five states. On Tuesday night, campaign officials said they would file a new lawsuit in Michigan alleging, in part, that their poll watchers were harassed or turned away and asking the secretary of state not to certify the election results. Attorney Mark “Thor” Hearne promised “overwhelming evidence” and piles of affidavits.

Poll watchers have no role in counting votes.

In Pennsylvania, the campaign has challenged the state Supreme Court ruling allowing election officials to accept mail-in ballots up to three days after the election as long as they were postmarked by Election Day. Trump has also sued over campaign observers allegedly being blocked from witnessing vote tallying in Pennsylvania. And he’s challenged the secretary of state instructing counties that voters whose absentee ballots were rejected could cast a provisional ballot.

Trump has won one victory so far: A state court ruled his campaign observers had to be allowed closer to the actual vote counting. That ruling had no impact on the outcome of the race.

Four other lawsuits filed by the campaign have been dismissed. Others are pending.

On Monday, his campaign sued to force Pennsylvania not to certify the results of the election altogether. The 85-page lawsuit itself contained no evidence of voter fraud, other than a smattering of allegations such as an election worker in Chester County altering “over-voted” ballots by changing votes that had been marked for Trump to another candidate.

Top Democratic leaders in the state accused Trump of trying to disenfranchise voters and overturn an election he lost.

WHAT ARE TRUMP’S ALLIES SAYING?

Trump’s lawyers and campaign staff say that the election is not over and that they are investigating claims in several states, though they continue to lack any evidence of widespread fraud that affected the outcome of the race. Top Republicans have supported the president’s efforts to fight the election results in court.

All disputes over the counts in each state must be complete by Dec. 8. Members of the Electoral College vote on Dec. 14. The U.S. House and Senate hold a joint session on Jan. 6, 2021, to count the electoral votes in each state.

Associated Press writers Christina A. Cassidy in Atlanta and Ed White in Detroit contributed to this report.