Skip to content
By
Tracey Tully
The New York Times

By Monday, the police in a small New Jersey town had gotten an anonymous tip about a body being stored in a shed outside one of the state’s largest nursing homes.

When police arrived, the corpse had been removed from the shed, but they discovered 17 bodies piled inside the nursing home in a small morgue, intended to hold no more than four people.

“They were just overwhelmed by the amount of people who were expiring,” said Eric C. Danielson, the police chief in Andover, a small township in Sussex County, the state’s northernmost county. 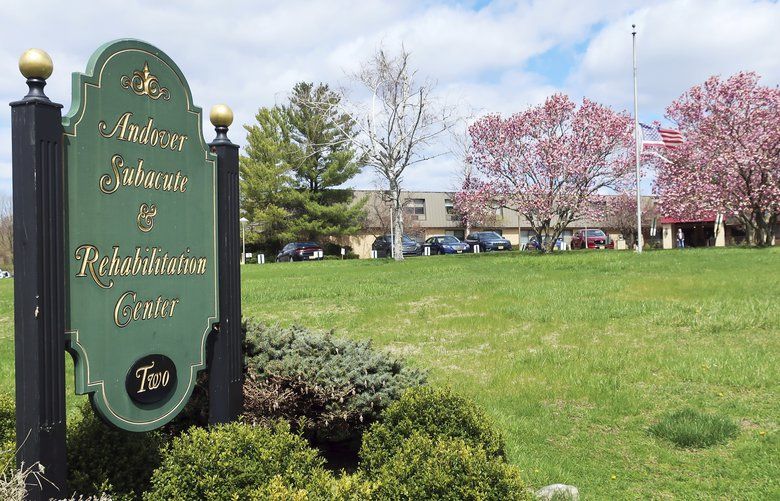 The 17 were among 68 recent deaths linked to the long-term care facility, Andover Subacute and Rehabilitation Center I and II, including two nurses, officials said. Of those who died, 26 people had tested positive for the virus.

For the others, the cause of death is unknown.

Of the patients who remain at the homes, housed in two buildings, 76 have tested positive for the virus; 41 staff members, including an administrator, are sick with COVID-19, the disease caused by the coronavirus, according to county health records shared Wednesday with a federal official.

Andover Subacute is not alone. Coronavirus has swept through the New York region’s nursing homes with devastating and deadly speed, killing thousands of residents at facilities struggling with staff shortages, increasingly sick patients and a lack of personal protective gear.

But with beds for 700 patients, Andover Subacute is, records show, the state’s largest licensed facility — and the risk of continued spread is terrifying to family members who have turned to social media and their local congressman, desperate for answers and extra personnel.

“The challenge we’re having with all of these nursing homes, is once it spreads, it’s like a wildfire,” said Rep. Josh Gottheimer, a Democrat who got the call Saturday, asking for body bags. “It’s very hard to stop it.”

One of the owners of the facility, Chaim Scheinbaum, did not return calls or emails. Staff members who answered phones at the facilities said they were not authorized to speak to the news media.

Even before the pandemic, the nursing home had struggled. Andover Subacute and Rehabilitation II recently got a one-star rating of “much below average” from Medicare for staffing levels, inspections and patient care.

“I feel so helpless,” one woman, who started a group for family members, wrote on Facebook on Tuesday. “I feel like everyone is going to get COVID. What do we do?”

Staff members at the facility were asking the same thing.

“To all the people calling into the governor’s office, the congressman’s office to help us tell them WE NEED HELP,” a representative of Andover Subacute & Rehab Center Two wrote at 7:18 p.m. Eastern time on Monday, in a Facebook post that was deleted Wednesday.

After news began to be shared Wednesday about the bodies found in the makeshift morgue, a discovery first reported by The New Jersey Herald, the fear intensified.

Gottheimer said his office had fielded calls from staff members and worried relatives pleading for help. He said he had spoken to a representative of the Federal Emergency Management Agency about the possibility of sending National Guard medics.

The state Department of Health sent two shipments containing 3,200 surgical masks, 1,400 N95 masks and 10,000 gloves to the nursing homes, said Donna Leusner, a spokeswoman. The first shipment went out about a week ago and the second should have been delivered Tuesday or Wednesday, she said.

“It’s scary for everybody — for the residents and for the staff,” Gottheimer said. “What is surprising to me is how many are dying in house, versus the hospital.”

The nursing home has told local health officials that they are housing sick patients on separate wings or floors, Danielson said. And local residents have been gathering supplies to donate to the nursing home.

“At first, it was kind of like, ‘What can we do?’” said one of the organizers, LeeAnne Pitzer. “Now we have an army of sewers who are making handmade masks that can be washed and reused.”

One resident of Sparta, Cheryl Boggs, said she found three boxes of Tyvek suits and bootees in a storage room at the company where she works, Petro-Mechanics. She dropped them off on Monday after seeing the pleas for help on Facebook.

“We just wanted to help,” she said.

Lily Repasch, 84, died three weeks ago at Andover Subacute and Rehabilitation Center I.

Her son and three daughters were regular visitors to the facility, even talking through a window in her final days after the state ordered all long-term care facilities to stop allowing visitors.

The women said the facility offered no way for them to communicate with their mother, who had dementia, and provided family members no information. Their mother was never tested for the coronavirus.

“Her death was inevitable,” said one daughter, Lee Repasch. “But she was a vulnerable woman with dementia. It was inevitable, but it didn’t need to be like this.”

Gov. Philip D. Murphy said that once the threat of the pandemic passes, New Jersey must take a hard look at what went wrong.

“It’s pretty clear that a big weakness in the system, and in reality, is long-term care facilities,” he said.

Thirteen of the bodies discovered on Monday at the Andover facility were moved to a refrigerated truck outside a hospital in nearby Newton, Danielson said. A funeral home had made arrangements to pick up the other four.

He said he was not entirely surprised by the number of bodies discovered.