WASHINGTON — Call it the “in case of emergency, break glass” option: The president invokes the Civil War-era 14th Amendment to the Constitution to ignore the statutory debt limit and continue to borrow if lawmakers can’t agree to give the Treasury Department more borrowing room.

With lawmakers and the White House careening toward the diciest debt limit confrontation since the Obama administration-GOP battles of 2011 and 2013, the possibility is real that the U.S. government might not be able to meet its commitments in full and on time. The deadline, according to Treasury, is sometime next month, but the sooner the better in order to calm financial markets, officials say.

“There is a big difference between avoiding default by months or minutes,” Treasury Secretary Janet L. Yellen wrote in The Wall Street Journal on Sunday, citing the 2011 debate that went down to the wire and led Standard & Poor’s to downgrade U.S. credit.

But with Republicans taking a hard line and 60 votes likely needed to advance a debt limit measure in the evenly divided Senate, there’s no clear path to avoiding what Yellen calls “default” on U.S. obligations.

No one, least of all the White House, is talking publicly about the possibility that President Joe Biden might consider, for the first time ever, ordering Treasury to defy the $28.4 trillion debt ceiling and continue to borrow.

But Biden was there as vice president during the Obama-era fights with intransigent Republicans, and his entire agenda could be at risk if there’s another extended stalemate over the full faith and credit of the United States. 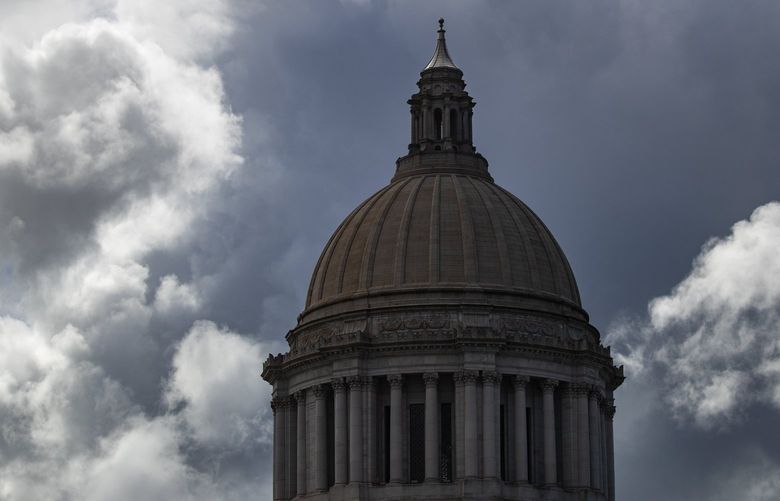 Setting borrowing limits has always been a power reserved to Congress, to which the Constitution grants sole authority to raise revenue, spend taxpayer dollars, “pay the debts” and “borrow money on the credit of the United States.”

But some scholars argue that if the Congress does not raise the debt limit, the president can justify continuing to borrow money by citing the “Public Debt Clause” of the 14th Amendment, which was ratified in 1868, three years after the Civil War ended.

The 14th Amendment granted citizenship to most individuals born or naturalized in the U.S., including Black people, though the status of Native Americans wasn’t clarified until 1924. The 14th Amendment also barred anyone who engaged in rebellion or treason from serving as a state or federal official.

And in Section 4, the 14th Amendment says the “validity of the public debt of the United States, authorized by law, including debts incurred for payment of pensions and bounties for services in suppressing insurrection or rebellion, shall not be questioned.” The section prohibited the federal government or states from paying any debt or obligation incurred to aid the insurrection “or any claim for the loss or emancipation of any slave.”

Scholars say the public debt section was included in part based on fears that a future Congress dominated by formerly Confederate states would repudiate federal debt or guarantee Confederate debt.

But when the question was percolating during the Obama administration, several scholars argued the amendment allows the president to continue borrowing after the debt limit expires.

Former President Bill Clinton said in 2011 that during his 1995-96 budget standoff with Republicans, his staff researched the constitutional implications and that he would use the 14th Amendment “without hesitation, and force the courts to stop me.”

However, at that time President Barack Obama said he had talked with his lawyers and they were “not persuaded that that is a winning argument.”

On July 8, 2011, with less than a month to go before potentially running out of funds, Treasury general counsel George Madison wrote that then-Secretary Timothy F. Geithner “has never argued that the 14th Amendment to the U.S. Constitution allows the President to disregard the statutory debt limit … the Constitution explicitly places the borrowing authority with Congress, not the President.”

The 2011 debt limit fight led Obama, a Democratic-controlled Senate and a Republican-controlled House, then led by Speaker John A. Boehner, R-Ohio, to reach a deal to raise the debt limit in exchange for a series of discretionary spending caps that expires at the end of the current fiscal year.

But that measure didn’t clear Congress until Aug. 2, the day Treasury was expected to run out of borrowing authority, and resulted in such steep spending cuts that Democrats pledged never to negotiate over the debt ceiling again.

Obama touched on the 14th Amendment again during a fight over the debt limit in 2013. He said that even if it were constitutional, it would be “tied up in litigation for a long time” and “that’s going to make people nervous.”

Obama’s press secretary, Jay Carney, told reporters on Sept. 30, 2013, weeks before that year’s mid-October deadline, that the “president can’t raise it by himself.”

“This administration does not believe that the 14th Amendment gives the power to ignore the debt ceiling,” Carney said, adding that such a move wouldn’t be seen as “a credible alternative” and “would not be taken seriously by the global economy and markets.”

After a two-week partial government shutdown, lawmakers cleared legislation on Oct. 16, 2013, to end the shutdown and suspend the debt ceiling — with no further conditions. It was the night before Treasury told lawmakers it would run out of cash and borrowing room.

But Neil H. Buchanan, a University of Florida law professor, made the case for invoking the 14th Amendment back then and reprised it this summer. In a July 27 article in Verdict, an online legal newsletter, he urged Biden to declare the Treasury will continue to borrow and pay bills even without the debt limit being raised.

“If that time comes, he must instruct the Treasury Department to pay all the bills in full, using exactly as much borrowed money as Congress’s duly enacted laws require,” he wrote.

Under the 14th Amendment, Buchanan said in an interview, the government “can’t do anything that undermines confidence in the validity of the public debt,” such as missing required payments.

Buchanan said if the president can’t borrow, he must cut spending, a violation of his constitutional duty to spend congressional appropriations. The president can’t raise taxes unilaterally to continue paying those bills either. Continuing to borrow is “the least damaging choice,” he said.

One prominent critic of Buchanan’s arguments, Harvard legal scholar Laurence Tribe, appears to have come around.

In 2011, Tribe argued that the amendment did not give the president authority to ignore the debt limit. But in a July 25 tweet, Tribe wrote that the amendment “prohibits any default on Treasury’s obligations” and that “if Congress fails to raise the debt limit, Executive action to avoid default arguably violates Congress’s exclusive power of the purse but is the lesser of two constitutional evils.”

Other academics contend there’s no basis for using the 14th Amendment to ignore the debt limit. “The 14th Amendment doesn’t authorize the taking of debt,” according to Ilya Shapiro, vice president and director of the Robert A. Levy Center for Constitutional Studies at the Cato Institute. “That’s the bottom line.”

Shapiro said the president can’t ignore the debt limit any more than he can “increase taxes or cut spending unilaterally.”

“There’s an academic dispute,” Shapiro said. “But the thing is, we’re in no danger of not serving the debt.” Shapiro said the Treasury would collect enough in revenue to continue paying bond holders if borrowing were halted. The government would have to temporarily halt some federal programs or reduce federal payments.

Republican lawmakers in the past argued the Treasury could prioritize debt payments while postponing other spending if the debt limit were not raised. Transcripts of meetings between Treasury and Federal Reserve officials during the 2011 and 2013 standoffs show debt prioritization was indeed under consideration.

But according to a Goldman Sachs estimate, some 40% of other federal payments would be at risk, ranging from Social Security benefits to military salaries.

Biden’s shown a willingness to push the legal envelope in his first year, including his extension of a federal eviction moratorium and reversal of the Trump administration’s policy forcing asylum-seekers to wait in Mexico while their applications are processed. The Supreme Court blocked both moves.

But if Biden cited the 14th Amendment to continue borrowing, it’s unclear what recourse opponents would have in court, or how long such litigation would take to resolve.

“The standing issue is a hard one,” Shapiro said. “Who is hurt by unauthorized borrowing? Would it be Congress as an institution?”

Buchanan suspects Republicans might have standing to challenge the action even though they are a minority in both chambers. Yet Buchanan also says it’s possible the Supreme Court “might just decide that this is one of those political questions that Congress and the president have to work out” without a ruling.

Paul M. Krawzak
The Seattle Times does not append comment threads to stories from wire services such as the Associated Press, The New York Times, The Washington Post or Bloomberg News. Rather, we focus on discussions related to local stories by our own staff. You can read more about our community policies here.
Advertising