One woman piled her children into the car and drove more than 15 hours overnight from Texas to Kansas to obtain an abortion using medication. A minor from Galveston, who was raped by a family member, traveled eight hours to Oklahoma to terminate her pregnancy. Another patient made the six-hour trek for an out-of-state abortion alone, fearing that anyone who joined her in the car could face legal liability under Texas’s new abortion ban.

The testimonials from providers about the impact of the nation’s most restrictive abortion law were included in the Biden administration’s emergency request to a federal judge in Austin to immediately block enforcement of the law, which bans abortions as early as six weeks into pregnancy and makes no exceptions for rape, sexual abuse or incest. The request was filed late Tuesday night.

The law, which took effect this month after the Supreme Court refused to block its enforcement, has “gravely and irreparably impaired women’s ability to exercise their constitutional right to an abortion across the State,” it says, adding that women with the ability to travel are seeking access to abortions in Oklahoma, Kansas, New Mexico and Colorado. Clinics in neighboring states are also receiving “panicked calls” from Texas patients and seeing large increases in patients younger than 18, survivors of sexual assault, older patients and cases involving serious fetal anomalies, according to the filing.

“This experience has also been traumatic for our physicians and staff as they must tell patient after patient that they cannot care for them,” said the declaration from Melaney Linton, president of Planned Parenthood Gulf Coast. “They are essentially being forced to inflict trauma on their patients.”

The Justice Department sued the state of Texas last week to try to block the abortion law, which allows private citizens to file civil lawsuits against anyone who helps a woman terminate her pregnancy – a novel design that contributed to a decision by the Supreme Court’s conservative majority not to stop the law from taking effect.

After the emergency motion filed Tuesday night, a federal district judge in Austin on Wednesday gave the state of Texas until Sept. 29 to reply to the Justice Department and set a hearing date for Oct. 1.

A spokesperson for Texas Gov. Greg Abbott, a Republican, referred Wednesday to an earlier statement from his office, which said the legislature “passed a law that ensures that the life of every child with a heartbeat will be spared from the ravages of abortion. . . . We are confident that the courts will uphold and protect that right to life.” 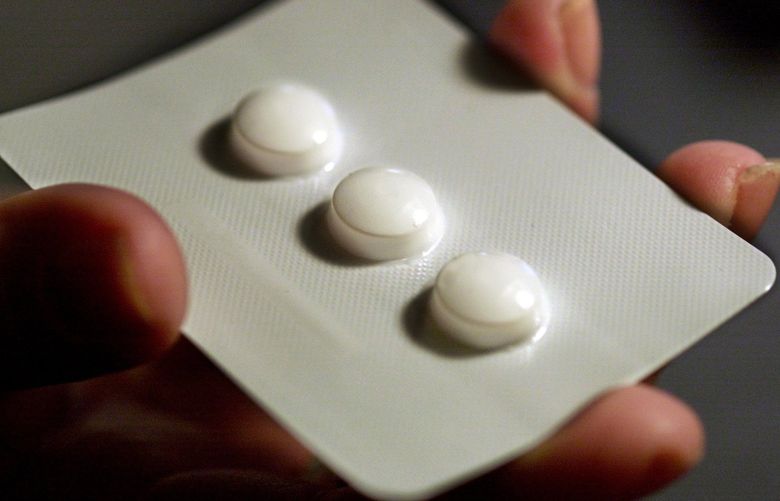 Abortion pills are booming worldwide. Will their use grow in Texas?

Attorney General Merrick Garland announced the federal lawsuit last week after the Supreme Court allowed the law to remain in effect while separate litigation continues. In a 5-to-4 order, the court’s conservative majority said the abortion providers challenging the law had “raised serious questions regarding the constitutionality” of the measure, known as S.B. 8.

But the justices said it was unclear whether the state judges and court clerks sued by a coalition of abortion providers could be blocked from enforcing the law.

A dozen other states have passed similar bans on abortion as early as six weeks into pregnancy, but federal judges prevented those measures from taking effect because of the landmark Roe v. Wade decision, which guarantees the right to abortion before viability, usually around 22 or 24 weeks into pregnancy.

But the Texas law was designed to avoid preemptive legal review. The measure bars enforcement by state officials – who are typically sued over abortion laws – and instead relies on private citizens to enforce the measure through civil lawsuits. Claims can be brought against anyone who “aids or abets” a prohibited abortion or anyone who “intends” to perform or aid an abortion after the six-week mark. Individuals can sue abortion providers, clinic workers, or those who help a woman pay for the procedure or drive her to a clinic.

Those who successfully sue an abortion provider or clinic worker are entitled to $10,000 in damages.

“The clear intent of S.B. 8’s provisions is to deprive women of their constitutional rights while simultaneously preventing any court from enjoining the statute’s enforcement,” Justice Department lawyers wrote.

“Normally, a statute that so successfully stripped a state’s citizens of their constitutional rights would fall victim to a slew of pre-enforcement challenges. But Texas has sought to save S.B. 8 from that fate by washing its hands of responsibility for enforcing the law.”

“The State’s brazen gambit has thus far paid off,” the filing states.

The six-week ban has effectively halted most abortions in the nation’s second-most-populous state and is seen by many abortion rights advocates as the biggest threat to Roe since the decision.

One Planned Parenthood affiliate provided 205 abortions in the week before the law took effect and only 52 abortions the following week.

Leaders at Whole Woman’s Health, a network of abortion clinics with three locations across Texas, say their organization has been fully abiding by the law. At their clinic in Austin, the waiting room has been mostly empty in recent days. Before the law passed in May, the clinic typically performed more than 20 abortions a day, said April Collins, who answers phones and checks in patients at the clinic.

On Saturday, usually their busiest day of the week, they only did two, Collins said. Every day since the law took effect, the clinic has turned away patients who are more than six weeks pregnant, she added. Those patients come in for an ultrasound, thinking they are under six weeks gestation, then learn they are further along.

Misbha, the clinic sonographer, who asked to be identified only by her first name out of fear of retaliation from antiabortion advocates, is usually the one who delivers the news. Last week, she said a patient had a panic attack when she heard she couldn’t get an abortion.

“I told the doctor, ‘If she doesn’t stop hyperventilating, we’re going to have to call an ambulance,’ ” Misbha said. “I can’t even say that everything is going to be okay because I have no idea what they’re in for.”

Some staff members are hesitant to direct patients to clinics out of state, worried about their legal liability, said Joe Nelson, a doctor at Whole Woman’s Health. While many abortion providers and lawyers have interpreted the law only to target those who help facilitate abortions after six weeks in Texas, others say the legal language is unclear on whether Texas providers can be sued for sending patients out of state. When they turn patients away, staff members at Whole Woman’s Health direct them to a handout with a list of out-of-state clinics that provide abortions.

The organization has intentionally left its name off the sheet, Nelson said, adding: “Everyone is afraid.”