Former President Donald Trump lashed out Monday at former President George W. Bush, saying his fellow Republican had “a failed and uninspiring presidency” and shouldn’t be “lecturing” Americans about the threat posed by domestic terrorism.

Trump’s comments came two days after Bush, during remarks on the 20th anniversary of the Sept. 11, 2001, terrorist attacks, which occurred during his presidency, warned that there is growing evidence that domestic terrorism could pose as much of a threat to the United States as terrorism originating abroad.

In decrying “violent extremists at home,” Bush appeared to condemn the Jan. 6 insurrection at the U.S. Capitol, when a pro-Trump mob overran the complex in a violent siege that resulted in the deaths of five people.

“So interesting to watch former President Bush, who is responsible for getting us into the quicksand of the Middle East (and then not winning!), as he lectures us that terrorists on the ‘right’ are a bigger problem than those from foreign countries that hate America, and that are pouring into our Country right now,” Trump said in his statement, which took aim at Bush for the lengthy war in Afghanistan that followed the terrorist attacks. 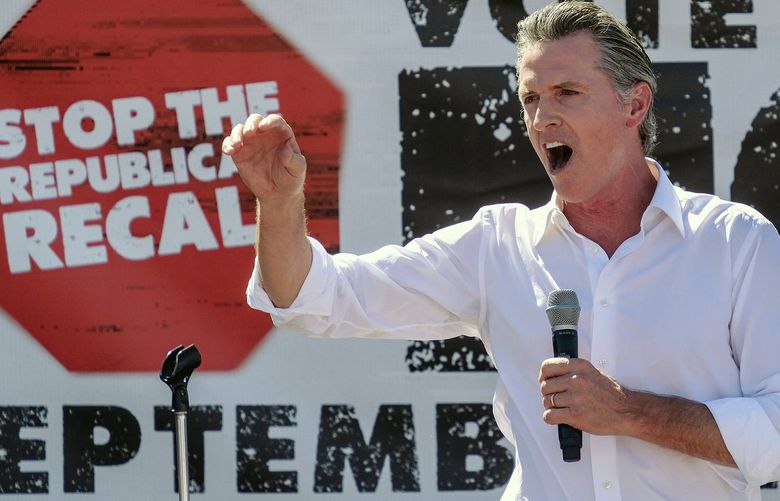 Related: Also in the news

Democrats wanted Trump gone. Now they want him on the ballot.

“But in their disdain for pluralism, in their disregard for human life, in their determination to defile national symbols — they are children of the same foul spirit, and it is our continuing duty to confront them,” he added.

Bush continually invoked “the nation I know” in his remarks Saturday, an echo of his previous rejection of the rhetoric of Trump.

Nearly 3,000 people were killed by the planes that hijackers crashed on Sept. 11, 2001, in New York, Arlington, and Shanksville.

“Do you remember the national unity we felt after 9/11? That tragedy brought us together. Imagine then — fast-forward to January 6, 2021, when the insurrectionist mob overran this Capitol,” Durbin said in remarks on the Senate floor. “It is heartbreaking that 20 years later, the gravest threat to America is not just the international terrorism, but some terrorism that comes from within. Al-Qaida did not succeed in attacking this Capitol, but nine months ago, homegrown American terrorists did.”