WASHINGTON — In response to scathing rebuttals from four states whose elections he’s trying to overturn, Texas Attorney General Ken Paxton urged the U.S. Supreme Court to realize that Texas has nowhere else to turn to remedy cheating that led to President Donald Trump’s defeat.

“Texas does not ask this Court to reelect President Trump, and Texas does not seek to disenfranchise the majority of Defendant States’ voters,” Texas argued in its filing. Rather, it says, “Texas asks this Court to recognize the obvious fact that Defendant States’ maladministration of the 2020 election makes it impossible to know which candidate garnered the majority of lawful votes.” 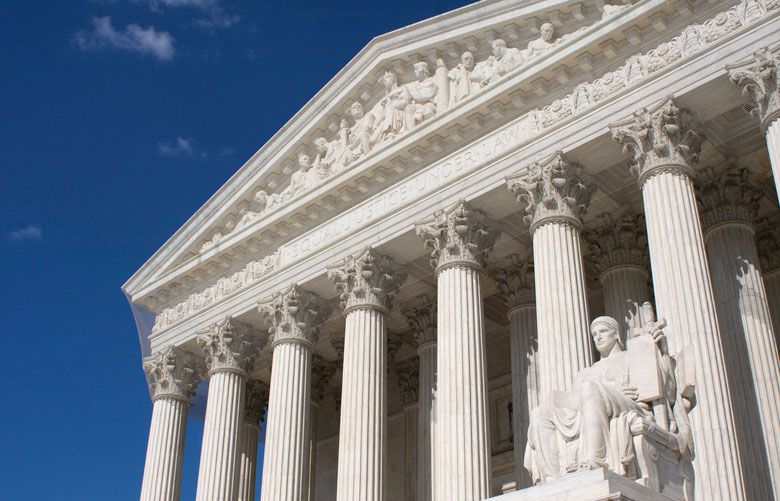 Texas also suggests allowing the legislatures in those states, all controlled by Republicans, to choose electors instead — which would transform Trump’s loss to a reelection.

Trump and a half-dozen other states have asked permission to join Texas’ lawsuit, and 17 states in all, all controlled by Republicans, have told the Supreme Court they support Texas’ cause.

Time is short for a ruling. 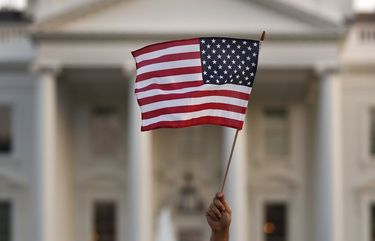 Electoral College meets Monday: What does that mean, exactly?

The four states whose elections Texas is trying to overturn filed scathing rebuttals at the Supreme Court.

“Texas’s effort to get this Court to pick the next President has no basis in law or fact. The Court should not abide this seditious abuse of the judicial process, and should send a clear and unmistakable signal that such abuse must never be replicated,” Pennsylvania argued in its motion, deriding Texas’ “bogus claims” of cheating, fraud and ballot manipulation.

Texas has 17 other states in its camp.

On the other side, 26 states have weighed in at the Supreme Court expressing opposition to Texas’ suit, including the four states whose elections Texas is trying to overturn: Pennsylvania, Wisconsin, Michigan and Georgia. Four of the 26 states have Republican governors, including Georgia.

Sen. Ted Cruz, who has argued nine cases before the Supreme Court and served as the state’s solicitor general, or chief appellate lawyer, before his election in 2012, has agreed to Trump’s request to argue this or any other case the high court agrees to hear.

But many senior GOP lawmakers have distanced themselves from this legal assault.

Texas’ senior senator, John Cornyn, a former state attorney general and Texas Supreme Court Justice, raised concern that if Texas can challenge elections in other states, other states could challenge Texas’ gun laws and a host of other state laws and regulations.

“It’s a little frightening to think about the implications” if states can challenge one another’s internal policies, Cornyn said Thursday in a call with Texas news outlets.

“I just don’t know why a state like Texas which never wants anybody telling them what to do, now wants to tell a bunch of other states how to run their elections. I doubt the Supreme Court will take it up,” he told The Hill.

As of Friday, 126 House Republicans signed an amicus brief in support of the Texas lawsuit, including a dozen Texans and House Minority Leader Kevin McCarthy and the second-ranking GOP lawmaker, Minority Whip Steve Scalise of Louisiana.

Trump has insisted that the election was rigged or stolen. Before and after Election Day he warned that expanded use of mail ballots, in response to the COVID-19 pandemic, created the likelihood of cheating on a massive scale. But more than three dozen state and federal courts have rejected his legal team’s allegations as unsubstantiated.

The four states targeted by Texas argue that Texas waited too late, and if it had a legitimate complaint about their procedures, those should have come before Election Day. Indeed, Trump had boasted beforehand the he would win all of those states.

Texas’ response, filed Friday: “The campaign to eviscerate state statutory ballot integrity provisions took months to plan and carry out yet Texas has had only weeks to detect wrongdoing, look for witnesses willing to speak, and marshal admissible evidence.”

Texas’ core allegation is that governors or courts in the four states usurped legislative control over the choosing of presidential electors.

Montana Gov. Steve Bullock, a Democrat, filed a friend of the court brief refuting that claim, arguing that it’s hardly unusual for legislatures to delegate implementation of laws to governors. But Citizens United, a conservative group, argued in its own brief that it’s no small infraction: “The defendant states may bristle at Texas and the intervening states objecting to defendant states’ internal election procedures, but they would be wrong.”

A half-dozen states with Republican attorneys general, led by Missouri, also filed a motion asking for permission to join Texas as plaintiffs. The others are Arkansas, Louisiana, Mississippi, South Carolina and Utah.

Rep. Chip Roy of Austin, who served as the No. 2 lawyer in the Texas attorney general’s office for two years, called the case “a dangerous violation of federalism” that could lead to a precedent allowing states to ask “federal courts to police the voting procedures of another state.”

Sen. Ben Sasse of Nebraska, a Republican, predicted the Supreme Court will reject the lawsuit, and he highlighted the fact that Paxton is under FBI investigation for allegations by former senior staffers that he abused his office to help a campaign donor.

“From the brief, it looks like a fella begging for a pardon filed a PR stunt rather than a lawsuit — as all of its assertions have already been rejected by federal courts and Texas’ own solicitor general isn’t signing on,” Sasse said in a statement.

Paxton has told KXAN-TV in Austin that he has not discussed the possibility of a pardon with Trump.

Paxton has also been under indictment for more than five years on state criminal charges involving alleged securities fraud, though presidents can issue pardons only for federal crimes.

Sasse also noted that Texas solicitor general Kyle Hawkins, who works for Paxton and whose job entails serving as the state’s chief advocate before the U.S. Supreme Court, did not participate in the filing. That’s highly unusual and suggests he disagreed with the legal theory behind it, though neither he nor Paxton would discuss that.

Paxton, who co-chaired Lawyers for Trump for the president’s reelection campaign, filed the lawsuit Monday night. The court has not yet decided whether to hear the case.

“The novel and far-reaching claims that Texas asserts, and the breathtaking remedies it seeks, are impossible to ground in legal principles and unmanageable‚” Georgia’s filing reads. “This Court has never allowed one state to co-opt the legislative authority of another state.”

Republicans serve as governor, secretary of state and attorney general in Georgia, and all have defended the accuracy of the vote count and two recounts, which all showed Biden victorious.

Election procedures are controlled state by state. The rules changes that Texas and its allies are challenging now, five weeks after Election Day, were upheld in state courts before Election Day.

Michigan’s 53-page response includes a point-by-point refutation of purported irregularities Texas alleged, such as a debunked claim that more ballots were cast in Detroit than there are voters on the rolls.

Wisconsin argued that if the Supreme Court were to uphold Texas’ legal theory, “New York or California could sue Texas or Alabama in this Court over their felon-disenfranchisement policies. Garden-variety election disputes would soon come to the Court in droves. … Texas proposes an extraordinary intrusion into Wisconsin’s and the other defendant States’ elections.”

Todd J. Gillman
The Seattle Times does not append comment threads to stories from wire services such as the Associated Press, The New York Times, The Washington Post or Bloomberg News. Rather, we focus on discussions related to local stories by our own staff. You can read more about our community policies here.
Advertising