The nation’s most far-reaching curb on abortions since they were legalized a half-century ago took effect Wednesday in Texas, with the Supreme Court silent on an emergency appeal to put the law on hold.

If allowed to remain in force, the law, which bans most abortions, would be the strictest against abortion rights in the United States since the high court’s landmark Roe v. Wade decision in 1973.

The Texas law, signed by Republican Gov. Greg Abbott in May, prohibits abortions once medical professionals can detect cardiac activity, usually around six weeks and before most women know they’re pregnant.

It’s part of a broader push by Republicans across the country to impose new restrictions on abortion. At least 12 other states have enacted bans early in pregnancy, but all have been blocked from going into effect.

What makes the Texas law different is its unusual enforcement scheme. Rather than have officials responsible for enforcing the law, private citizens are authorized to sue abortion providers and anyone involved in facilitating abortions. Among other situations, that would include anyone who drives a woman to a clinic to get an abortion. Under the law, anyone who successfully sues another person would be entitled to at least $10,000. 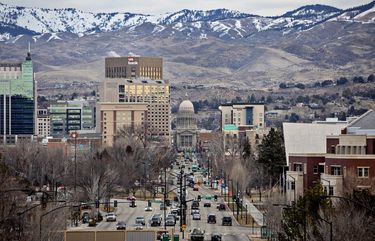 “Starting today, every unborn child with a heartbeat will be protected from the ravages of abortion,” Abbott said in a statement posted on Twitter. “Texas will always defend the right to life.”

But protests were quick.

President Joe Biden said in a statement that the law “blatantly violates the constitutional right established under Roe v. Wade and upheld as precedent for nearly half a century.” He said the law “outrageously” gives private citizens the power “to bring lawsuits against anyone who they believe has helped another person get an abortion.”

Likewise, the American Medical Association said it was deeply disturbed by “this egregious law” and disappointed by the Supreme Court’s inaction.

The law “not only bans virtually all abortions in the state, but it interferes in the patient-physician relationship and places bounties on physicians and health care workers simply for delivering care,” said a statement from Dr. Gerald E. Harmon, the AMA president.

In a phone call with reporters, Marc Hearron, a lawyer for the Center for Reproductive Rights, said the abortion providers his group represents were still hoping to hear from the Supreme Court but “as of now, most abortion is banned in Texas.” 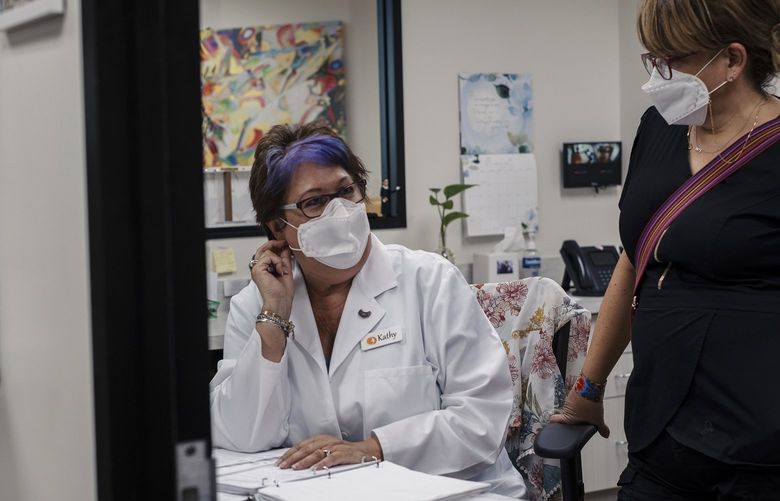 Before the ban took effect, abortion clinic was swamped with calls for appoinments

Clinics have said the law would rule out 85% of abortions in Texas and force many clinics to close. Planned Parenthood is among the abortion providers that have stopped scheduling abortions beyond six weeks from conception.

Abortion opponents who wrote the law also made it difficult to challenge in court, in part because it’s hard to know whom to sue.

Abortion rights advocates say it will force many women to travel out of state for abortions, if they can afford to do so and also navigate issues including childcare and taking time off work. The Guttmacher Institute, a research organization that supports abortion rights, says if legal abortion care in Texas shuts down, the average one-way driving distance to an abortion clinic for Texans would increase from 12 miles to 248 miles.

Already, abortion clinics beyond the Texas border are feeling the impact. At the Trust Women clinic in Oklahoma City, there had been 80 appointments scheduled over the past two days, more than double the typical number of patients, said Rebecca Tong, co-executive director of the clinic. Two-thirds of those patients were from Texas, another sharp increase, and the earliest opening was now three weeks out.

“Oklahoma has just barely enough clinics for the amount of people here,” Tong said. “If anyone is thinking, ‘Oh, they can just go out of state, it’ll be so easy,’ a lot of clinics in the Midwest and South, we don’t do abortion care five days a week.”

Late into the night Tuesday before the ban took effect clinics in Texas were filled with patients, said Amy Hagstrom Miller, CEO of Whole Women’s Health, which has four abortion clinics in Texas.

Twenty-seven women were still in the waiting room after 10 p.m. at one clinic, leaving doctors crying and scrambling over whether they would see all of them in time, she said. The last abortion at one of her clinics finished at 11:56 p.m. in Fort Worth, where Hagstrom Miller said anti-abortion activists outside shined bright lights in the parking lot after dark looking for wrongdoing, and twice called police.

The law is part of a hard-right agenda that Texas Republicans muscled through the statehouse this year ahead of the 2022 midterm elections, when Abbott is up for a third term as governor.

Another law taking effect Wednesday ended required firearm training and background checks to carry handguns in public in Texas, and GOP lawmakers on Tuesday approved election changes that will further tighten what are already some of the strictest voting laws in the nation.

Texas has long had some of the nation’s toughest abortion restrictions, including a sweeping law passed in 2013. The Supreme Court eventually struck down that law, but not before more than half of the state’s 40-plus clinics closed.

Lawmakers also are moving forward in an ongoing special session in Texas with proposed new restrictions on medication abortion, a method using pills that accounts for roughly 40% of abortions in the U.S.

Even before the Texas case arrived at the high court the justices had planned to tackle the issue of abortion rights in a major case that will be heard after the court begins hearing arguments again in the fall. That case involves the state of Mississippi, which is asking to be allowed to enforce an abortion ban after 15 weeks of pregnancy.

MARK SHERMAN
PAUL J. WEBER
JESSICA GRESKO
The Seattle Times does not append comment threads to stories from wire services such as the Associated Press, The New York Times, The Washington Post or Bloomberg News. Rather, we focus on discussions related to local stories by our own staff. You can read more about our community policies here.
Advertising