WASHINGTON – Senate Republicans on Monday blocked a bill that would fund the government, provide billions of dollars in hurricane relief and stave off a default in U.S. debts, part of the party’s renewed campaign to undermine President Joe Biden’s broader economic agenda.

The GOP’s opposition dealt a death blow to the measure, which had passed the House last week, and now adds to the pressure on Democrats to devise their own path forward ahead of urgent fiscal deadlines. A failure to address the issues could cause severe financial calamity, the White House has warned, potentially plunging the United States into another recession.

The most urgent deadline is midnight Thursday, at which point Congress must adopt a measure to fund the government or some federal agencies and operations will shutter starting Friday morning. And lawmakers also must act before mid-October to raise the debt ceiling, or they could risk a first-ever default, potentially destabilizing global markets. 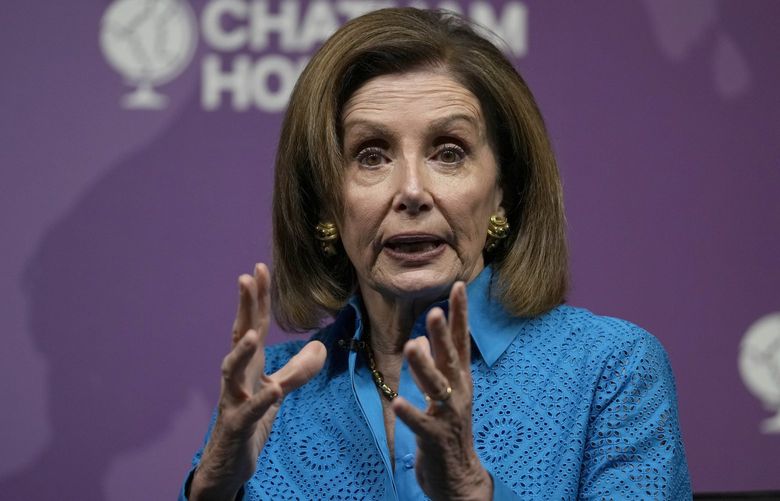 In the hours before the Monday evening vote, Senate Minority Leader Mitch McConnell, R-Ky., staked his party’s position – that Republicans are not willing to vote for any measure that raises or suspends the debt ceiling, even if they have no intentions of shutting down the government in the process. GOP lawmakers say raising the borrowing limit, which allows the country to pay its bills, would enable Biden and his Democratic allies to pursue trillions in additional spending and other policy changes they do not support.

“We will support a clean continuing resolution that will prevent a government shutdown,” said McConnell, who has called on Democrats to use their narrow but potent majorities to address the debt ceiling on their own. “We will not provide Republican votes for raising the debt limit.”

Democrats sharply rebuked that reasoning: They pointed to the fact that the country’s debts predate the current debate, arguing that some of its bills, including a roughly $900 billion coronavirus stimulus package adopted in December, had been racked up on a bipartisan basis. Democrats also stressed they had worked with Republicans under President Donald Trump to raise the debt ceiling even when he pursued policies they did not support, including the construction of a wall on the U.S.-Mexico border.

But the arguments failed to sway Republicans, resulting in a widely predicted outcome that forces Democrats to recalibrate their strategy on a tight timeline.

“None of this needs to happen. None of it. The only reason we’re here . . . is because Republicans are making this a possibility by preventing the government from paying its bills,” Senate Majority Leader Charles E. Schumer, D-N.Y., said in a speech opening the floor.

He trained his fire again on Republicans after the failed 48-50 vote, saying the GOP had “voted to drive our country straight to a government shutdown and the first default in our country’s history.” In doing so, though, the Democratic leader on Monday also left the door open for the chamber to try again this week – perhaps moving a measure that funds the government without addressing the debt ceiling for now.

It is not clear how the Biden administration might respond in the event Congress fails to act in time to raise or suspend the debt ceiling, which would be an unprecedented event. Officials in the past have studied whether they could prioritize certain debt payments while delaying obligations, but some at the Treasury Department previously have described such a process as largely unworkable, since many investors could still consider the U.S. government to be in default if it started missing any scheduled payments.

The high stakes prompted Federal Reserve Governor Lael Brainard on Monday to stress that Congress has no alternative but to take action before the looming deadline.

“Congress knows what it needs to do. It needs to step up,” Brainard said at the annual meeting of the National Association for Business Economics. She added that the “American people have had enough drama” over the past year.

The standoff only served to highlight the intensifying acrimony on Capitol Hill, where Democrats on Monday are also set to forge ahead on their plans to adopt as much as $4 trillion in new spending initiatives backed by Biden. That includes a plan to improve the nation’s infrastructure, which Republicans support, and another that raises taxes to fund new health-care, education and climate initiatives, which the GOP opposes. Those measures also hang in the balance, as the House had hoped to begin debating them – and potentially hold votes – as soon as this week.

Republicans say they are still willing to support a funding stopgap, so long as it is entirely divorced from the debt ceiling. Absent an agreement, Washington would grind to a halt, disrupting federal agencies that are responding to the coronavirus while leaving thousands of federal employees out of work and without a paycheck.

“There would be a lot of Republican votes for that,” Sen. Patrick J. Toomey, R-Pa., predicted Sunday during an interview on CNN’s “State of the Union.”

Democrats have also pledged to prevent a government shutdown, raising the odds that lawmakers can still stave off a worst-case scenario by the end of week – so long as the two parties cooperate. Their eventual measure is also expected to include billions of dollars to respond to two recent, deadly hurricanes that devastated the Gulf Coast and Eastern Seaboard, as well as money to help resettle Afghan refugees.

But the fight over the debt ceiling is another matter entirely.

Even as they voted against the suspension Monday, Republicans maintained they do not want the U.S. government to default. Instead, they said Democrats should shoulder the burden on their own given their proposed increases in federal spending, including a roughly $3.5 trillion tax-and-spending package they hope to move through the House as soon as this week.

Democrats plan to advance that measure through a legislative maneuver known as reconciliation. The move allows them to sidestep Republican opposition, particularly once it reaches the Senate, where the party has only 51 votes – and otherwise would need 60 to proceed. But GOP lawmakers have seized on the process, demanding that Democrats also use it to increase the debt ceiling.

The move is easier said than done: It could be time-consuming, and it could expose Democrats to uncomfortable political votes. And it is guaranteed to force the party to choose a specific number by which to raise the country’s borrowing limit, rather than merely suspending it, perhaps turning the entire process into fodder for GOP attacks entering the 2022 congressional midterm elections.

The entire endeavor has frustrated Democrats, recalling for some the brinkmanship over the debt ceiling from a decade ago that hammered U.S. markets and spooked investors globally, as the country for the first time risked the potential for default. The standoff ended only after Democrats agreed to across-the-board budget cuts and caps that they say decimated the ability of federal agencies to provide much-needed health and education programs.

“It is bad for the economy. It is bad during this time we are struggling with a pandemic,” Sen. Cory Booker, D-N.J., said during an interview on CNN over the weekend, noting that Republicans added more than $7 trillion to the deficit under Trump. “These are the kinds of things that should be pro forma.”

The Washington Post’s Rachel Siegel contributed to this article.