The Democratic National Committee also announced that the party’s next debate, being held Sunday in Arizona, would not have a live audience, “at the request of both campaigns and out of an abundance of caution.”

The moves suggest the coronavirus could upend the Democratic primary at a pivotal time in the race for both candidates. Sanders is trying to regain some momentum in the latest round of voting Tuesday night, while the former vice president is looking to further pad his delegate lead.

Sanders had been planning to speak at a convention center in Cleveland as results from six voting states began rolling in. But he pulled the plug about three hours before the event was scheduled to start, and his campaign announced that decisions on future events would be made on a case-by-case basis.

“Out of concern for public health and safety, we are canceling tonight’s rally in Cleveland. We are heeding the public warnings from Ohio state officials, who have communicated concern about holding large, indoor events during the coronavirus outbreak,” Sanders’ campaign spokesman, Mike Casca, said in a statement. “All future Bernie 2020 events will be evaluated on a case by case basis.” 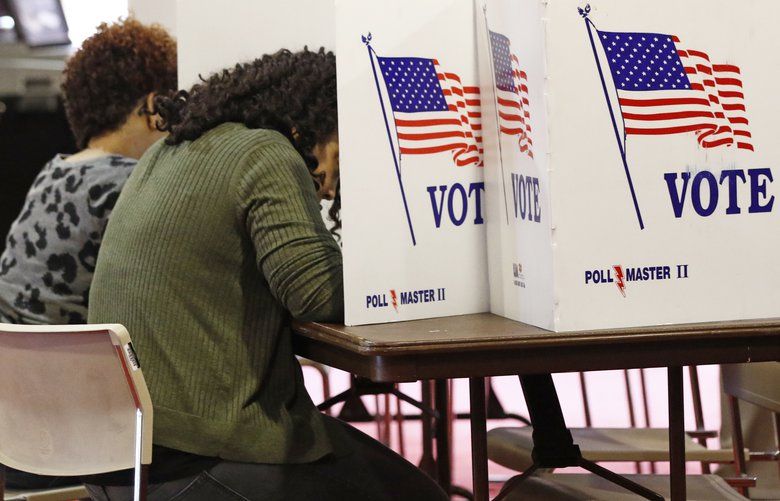 A Biden spokesman initially suggested the former vice president’s own event in Cleveland would go on as scheduled, but his campaign subsequently released a statement saying that the event was off and that they would consult with public health officials about future events.

Publicly, President Donald Trump’s campaign says coronavirus concerns have not yet affected their plans, and on Sunday, Trump campaign communications director Tim Murtaugh said, “The campaign is proceeding as normal.”

The campaign hasn’t announced another rally to follow the president’s last one in North Carolina on March 2, though the campaign did announce a “Catholics for Trump” coalition event in Milwaukee on March 19. Until now, the Republican campaign had been keeping a steady pace of rallies this year. Trump is scheduled to travel to Las Vegas and Denver this week for fundraisers and a speech to the Republican Jewish Coalition.

For both Democratic candidates, rallies have been a key opportunity to show off endorsements and build enthusiasm around their candidacy. But Democratic strategist Andrew Feldman suggested that forgoing future rallies could be particularly problematic for Sanders, whose events draw thousands of supporters in major cities.

“It is a detriment to Bernie Sanders, who is fueled by his campaign rallies, by the people that come and are part of his revolution,” he said.

Feldman said both candidates would have to focus more on online organizing and outreach, using tools like streamed and tele-town halls. But he also argued that, even as the crisis is bad news for Americans, Trump’s handling of the issue — and the careening stock market — “is the biggest gift for Democrats.”

“This is giving us an argument that the economy Donald Trump is going to be running on is not as strong as its supposed to be,” he noted. He said Biden could use the opportunity to make the case for his experience dealing with crises as vice president, while Sanders could use it to make a more emotional and direct case for “Medicare for All,” as reports come in of individuals facing steep medical bills simply for getting tested for the virus.

And he also questioned whether the coronavirus could affect turnout — particularly among the elderly, who lean toward Biden. Ohio Secretary of State Frank LaRose said Tuesday that 128 polling locations will be moved out of nursing homes for the state’s March 17 primary.

Some Democrats worry the coronavirus could complicate not just rallies but also every aspect of the election, from turnout to fundraising and organizing.

Kelly Dietrich, CEO of the National Democratic Training Committee, a group that trains Democrats who want to run for office or work on a campaign, said they’re already seeing a decline in people who have registered to participate in their training over fear of showing up to large gatherings. “It’s not even just in virus hot spots,” he said.

“That fear is a prime motivator. It’s going to affect your campaign. It needs to be taken into account,” Dietrich added.

He also said it’s causing the group to rethink how to organize more broadly.

“When we talk about door-knocking, generally you smile, you shake hands with the voter, you make a connection — all kinds of things that are now maybe taboo,” Dietrich said. “What do you do if people aren’t answering their doors anymore? How do you pivot to social or digital organizing?”

DNC Communications Director Xochitl Hinojosa said Tuesday that the party decided to forgo a live audience at its next debate because its “number one priority has and will continue to be the safety of our staff, campaigns, Arizonans and all those involved in the debate.”

Ohio Gov. Mike DeWine declared a state of emergency after three individuals from Cuyahoga County, which includes Cleveland, tested positive for the virus that causes COVID-19. He has “strongly” recommended that spectators be prohibited from attending indoor sports games — and said the same should be true for any large indoor event including concerts.

For most people, the new coronavirus causes only mild or moderate symptoms, such as fever and cough. For some, especially older adults and people with existing health problems, it can cause more severe illness, including pneumonia.

The vast majority of people recover from the virus. According to the World Health Organization, people with mild illness recover in about two weeks, while those with more severe illness may take three to six weeks to do so.

Anthony Fauci, the nation’s leading infectious disease expert, has stopped short of calling on candidates to put a pause on political rallies. But he also isn’t faulting anyone who chooses to do so, saying that what “they’re probably acting on is what they would consider for their citizens, an abundance of caution.”

“I wouldn’t criticize them for that. They’re using their own individual judgment,” Fauci said. “And to me, I think that that would be proven.”

But he also added: “This is a something in motion. This is an evolving thing” so “if you’re talking about a campaign rally tomorrow in a place where there is no community spread, I think the judgment to have it might be a good judgment.”

WILL WEISSERT
ALEXANDRA JAFFE
The Seattle Times does not append comment threads to stories from wire services such as the Associated Press, The New York Times, The Washington Post or Bloomberg News. Rather, we focus on discussions related to local stories by our own staff. You can read more about our community policies here.
Advertising