WASHINGTON — Rep. Jim Jordan, R-Ohio, on Wednesday struggled to answer questions about his communications with then-President Donald Trump during the Jan. 6 attack on the Capitol, telling a House panel that he doesn’t recall the number of times he spoke with Trump that day.

The statement from Jordan, a staunch Trump ally and a potential witness in the House’s investigation of the attack, came during a Rules Committee meeting on whether to hold former White House chief strategist Stephen Bannon in contempt for refusing to comply with a congressional subpoena.

“Of course I talked to the president,” Jordan told members of the Rules Committee on Wednesday, in response to questioning from the panel’s chairman, Rep. Jim McGovern, D-Mass. “I talked to him that day. I’ve been clear about that. I don’t recall the number of times, but it’s not about me. I know you want to make it about that.” 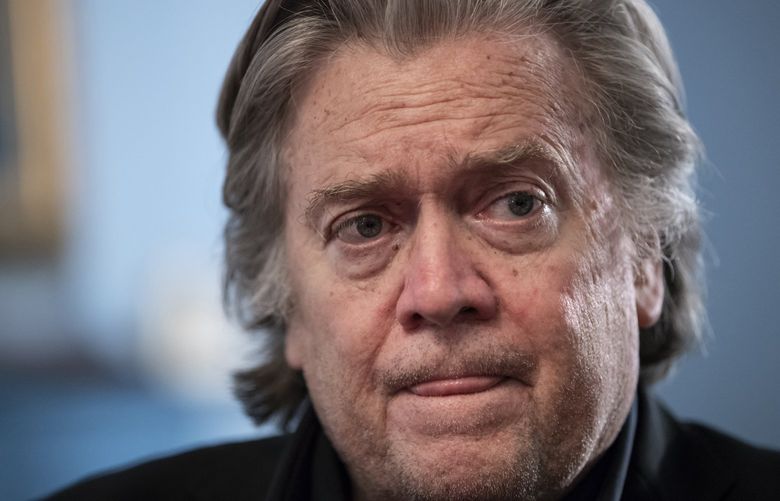 Rep. Liz Cheney (Wyo.), one of the two Republicans whom House Speaker Nancy Pelosi, D-Calif., has appointed to the select committee investigating the Jan. 6 assault on the Capitol by a pro-Trump mob, has previously suggested that Jordan could be summoned as a material witness as the panel’s investigation proceeds.

“He’s somebody who was involved in a number of meetings in the lead-up to what happened on January 6th, involved in planning for January 6th, certainly for the objections that day as he said publicly, so he may well be a material witness,” Cheney said in July during an interview with ABC’s “Good Morning America.”

In the months since the attack, Jordan has given conflicting answers as to his communications with Trump that day.

In a July interview with Spectrum News, the GOP lawmaker said he was not certain exactly when on Jan. 6 he spoke with Trump.

Then, in an August interview with Politico, Jordan confirmed for the first time that he spoke with Trump “more than once” on Jan. 6.

He told the news outlet that he didn’t recall the times the conversations took place but that he was “sure” one of the calls took place in the safe room on the Capitol complex to which lawmakers were evacuated during the attack, “because we were in that room forever.”

During Wednesday’s hearing, Jordan told McGovern that he remembered speaking with Trump “after the attack happened and we were moved to the chamber,” an apparent reference to the safe room. “I may have talked to him before; I don’t know,” Jordan added.

Later in the hearing, McGovern again pressed Jordan on whether he had spoken to Trump “before, during or after” the attack on the Capitol.

“I talked to the president after the attack,” Jordan replied.

“So, not before or during,” McGovern said.

“Right,” Jordan responded. “And I’ve been clear about that.”

Asked about his August comment to Politico, Jordan told McGovern that he “didn’t speak to the president during the attack.”

Jordan also said he had never spoken with Trump about a coordinated effort to overturn the results of the 2020 election.

The full House is expected to vote later this week on whether to hold Bannon in contempt for refusing to comply with the select committee’s subpoena.

The matter would then be referred to the Justice Department. Contempt of Congress is a misdemeanor criminal offense that can result in up to one year in prison and a fine of up to $100,000.

Democratic lawmakers and Cheney argued on Wednesday that nothing less than the future of American democracy is at stake in the congressional investigation of Jan. 6. Rep. Bennie G. Thompson, D-Miss., chairman of the select committee investigating the attack, said that the United States “came very, very close to losing our bragging rights as the greatest democracy in the world” on that day.

Jordan and Rep. Matt Gaetz, R-Fla., appeared before the panel to defend Trump and speak against the select committee’s move to subpoena Bannon.

Gaetz argued that Democrats were focusing extensively on Jan. 6 because they want to divert public attention away from some of President Joe Biden’s recent domestic and foreign policy stumbles.

But the two House Republicans quickly found themselves on the defensive as Democratic members of the Rules Committee peppered them with questions on their communications with Trump and their views on the Jan. 6 attack and the 2020 election.

Both Jordan and Gaetz said they accept that Biden “is the president” but declined to say that he won the 2020 election. Rep. Mary Gay Scanlon, D-Pa., at one point wryly thanked the lawmakers for acknowledging that Biden is president but added: “I find your repeated endorsement of demonstrably false conspiracy theories about the 2020 election to be both uninformed and unpatriotic.”

At another point, McGovern accused Jordan of trying to “whitewash” the attack on the Capitol and of being “more outraged by people asking questions than police being … beaten here on January 6th.”

“You know, people lost their lives,” said McGovern, who noted that he was the last House member to leave the floor the day of the attack. “Others’ lives were threatened. The fact that somehow asking questions about trying to figure out why did this happen, who is responsible, that somehow that that is a bad thing? Give me a break.”