Skip to content
By
NICK CORASANITI
The New York Times

It is the lone Democratic matchup worthy of the boxing clichés that sometimes pepper political debate coverage:

The gloves are off for a Midwest-style rumble that’s hotter than a hot dish, as two sparring partners in last week’s debate meet again on Tuesday night for a rubber match that — if previous rounds are any guide — will be full of jabs, swipes, swings and the occasional slam!

The gist: They are both Midwestern moderates with similar bases of support, limited appeal among voters of color, and campaign messages centered on pragmatism. Add to that their mutual animosity, which erupted in caustic exchanges in the Nevada debate.

For the Minnesota senator, Buttigieg is an opportunistic, armchair critic of Washington, who rose above her into the top tier of candidates because of male privilege and a misguided dissection of national politics.

Related More from the campaign 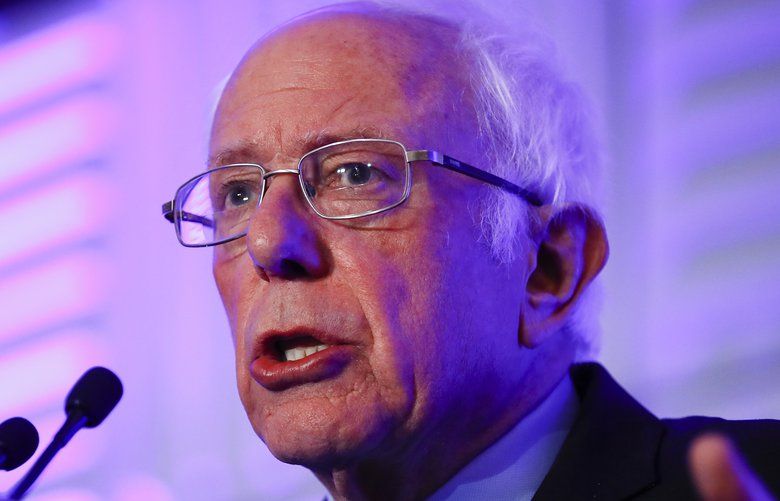 For the former mayor of South Bend, Indiana, Klobuchar is the embodiment of a career Washington politician operating in a broken system, whose 14 years in the Senate were marred by politically calculated votes and partisan rhetoric.

Tuesday night’s debate is their biggest yet. Both candidates are worried that a poor showing in the South Carolina primary on Saturday could hurt them days later in the Super Tuesday contests. Another onstage clash seems likely.

Here’s a brief look at their extended feud.

As Klobuchar made her way through the 99 counties of Iowa, she was asked in a parking lot in Cresco by a few reporters about a recent poll that showed Buttigieg surging in Iowa.

Klobuchar was at first deferential. “The power to him,” she said, noting that she would rather peak in January closer to the caucuses than over the summer.

But when asked in a follow-up question whether the bar was higher for women candidates, Klobuchar agreed.

“We wouldn’t be able to run for the president if we hadn’t had jobs like that or been experienced in many different ways,” she said, referring to her work in the Senate. Referring to two campaign rivals at the time, Sens. Elizabeth Warren and Kamala Harris, she added, “I take Elizabeth and Kamala and I as examples of that. And so, could we be running with less experience than we had? I don’t think so. I don’t think people would take us seriously.”

It was a sideways knock that would soon turn into sharpened criticism: That a young woman who had only been mayor of a city of 100,000 would not enjoy the same openings to run for president. And it set the tone for the months ahead.

July 2019: A debate about Washington

As the second Democratic debate turned to the candidates’ plans to combat the scourge of gun violence, Buttigieg blamed gridlock in Washington.

“What we’re doing hasn’t worked because we haven’t had a system in Washington capable of delivering what the American people have told us they want,” he said.

As the moderator sought to turn the discussion to former Gov. John Hickenlooper, Klobuchar cut in.

“I disagree with his diagnosis of the problem,” she said. While she had to wait for Hickenlooper to speak, she eventually gave her answer, defending the work of Washington and linking the lack of movement on gun violence to pressure from the NRA. “This isn’t just about a system, or it’s not just about words,” she said, noting her personal work to try to close one of the loopholes in gun ownership.

Buttigieg responded that he was “part of the first generation that saw routine school shootings” and that as shootings continued to plague the country, something was “broken.”

In an interview with Jake Tapper of CNN, after an article in The New York Times that highlighted her dislike of Buttigieg, Klobuchar said that the former mayor was “qualified” to be president, but made a case for her own candidacy — and pointed to Buttigieg’s failed run for Indiana state treasurer.

“I’m the one from the Midwest that’s actually won in a statewide race over and over again, including bringing in those voters that just voted in Kentucky, those kinds of voters, just voted in Virginia, brought them over the edge, so that we had strong leaders that were able to win those elections. Those are the kind of voters I have won. And that’s not true of Mayor Pete. That’s just a fact. I also am someone that has passed multiple bills as the lead Democrat, important bills in Washington, D.C. He’s had a different experience. We should be able to have those debates about candidates without being accused of being negative. All this is are, questions were asked. And the last point I made in that article was that, of the women on the stage — I’m focusing here on my fellow women senators, Sen. Harris, Sen. Warren and myself. Do I think that we would be standing on that stage if we had the experience that he had? No, I don’t.”

As Buttigieg was finishing an answer about voting rights around the country, Klobuchar cut in at the end of his answer.

“I agree with what the mayor has just said, but this is a good example where he has said the right words, but I actually have the experience and of leading 11 of the bills that are in that House-passed bill you just referred to,” Klobuchar said. “And I think this kind of experience matters.”

Buttigieg quickly replied, again returning to a broad criticism of the nation’s capital.

It was a remark that would simmer for nearly a month with Klobuchar.

Klobuchar came armed in their next debate with a retort to his November remark.

“When we were in the last debate, mayor, you basically mocked the hundred years of experience on the stage,” Klobuchar said. “So while you can dismiss committee hearings, I think this experience works. I have not denigrated your experience as a local official. I have been one. I just think you should respect our experience when you look at how you evaluate someone who can get things done.”

It was the most aggressive line in a night where Klobuchar continually sought to draw contrasts with Buttigieg. When he began talking about President Donald Trump’s restrictions on the press (in which he made no mention of Klobuchar), she still cut in.

“I just want to make very clear, mayor, that the freedom of the press is deep in my heart. My dad was a newspaper man,” she said, again accusing Buttigieg of only having talking points when it came to his policies.

While he often responded to Klobuchar in previous debates with his own platitudes, this time Buttigieg went personal, accusing Klobuchar of denigrating his military record.

“Let me tell you about my relationship to the First Amendment,” he said. “It is part of the Constitution that I raised my right hand and swore to defend with my life. That is my experience. And it may not be the same as yours, but it counts. Senator, it counts.”

The two clashed again over who was better equipped to lead a broad coalition of Democrats based on their election records in the Midwest. Buttigieg, in response to more criticism from Klobuchar, said “try putting together a coalition to bring you back to office with 80% of the vote as a gay dude in Mike Pence’s Indiana.”

The senator quickly shot back. “If you had won in Indiana, that would be one thing. You tried and you lost by 20 points.”

After weeks of juggling the Senate impeachment trial with a presidential campaign, Klobuchar began seizing on a comment that Buttigieg made regarding the trial. The former mayor had said at a campaign rally that although he found the televised trial “exhausting” and “it’s just, it gets you down, and makes you want to watch cartoons instead,” the electorate must remain informed and engaged.

Klobuchar repeatedly used that comment as a means of again highlighting her Washington experience, including in the February debate.

“But what you said, Pete, as you were campaigning through Iowa, as three of us were jurors in that impeachment hearing — you said it was exhausting to watch and that you wanted to turn the channel and watch cartoons,” she said, referring to Warren and Sen. Bernie Sanders.

“It is easy to go after Washington because that’s a popular thing to do,” she continued. “It is much harder to lead, and much harder to take those difficult positions. Because I think this going after every single thing that people do, because it’s popular to say and makes you look like a cool newcomer — I just, I don’t think that’s what people want right now. We have a newcomer in the White House, and look where it got us. I think having some experience is a good thing.”

After obliquely lobbing criticism about their records in elections and experience in Washington, the Nevada debate last week turned personal between Klobuchar and Buttigieg. The former mayor launched the first attack, recalling a recent interview in which Klobuchar couldn’t recall the name of the president of Mexico.

With a flash of anger, Klobuchar cut in.

“Are you trying to say that I’m dumb — are you mocking me here, Pete?” Klobuchar said. “I said I made an error. People sometimes forget names. I am the one that has, No. 1, has the experience based on passing over 100 bills.”

After an hour or so of peace, Buttigieg turned again at Klobuchar, this time over her record of voting for Trump’s judicial and executive nominees.

“If you’re going to run based on your record of voting in Washington, then you have to own those votes, especially when it comes to immigration,” Buttigieg said.

“I wish everyone was as perfect as you, Pete, but let me tell you what it’s like to be in the arena,” Klobuchar replied, using her favorite euphemism for experience in Washington. She later continued: “You have not been in the arena doing that work. You’ve memorized a bunch of talking points and a bunch of things.”

“You know, maybe leading a diverse city that was facing ruin doesn’t sound like the arena to you,” he said. “I’m used to senators telling mayors that senators are more important than mayors, but this is the arena, too. You don’t have to be in Washington to matter. You don’t have to be on Capitol Hill for your work to be significant.”