Last year, officials in Lubbock, Tex., unanimously rejected an ordinance banning abortions and declaring the municipality a “sanctuary city for the unborn.”

Members of the City Council, including some who stressed that they vehemently oppose abortion, said during an emotionally charged, six-hour public hearing the measure was unconstitutional and unenforceable.

Now, six months later, residents of the conservative west Texas city have passed the ordinance themselves.

With a vote of 62 percent in favor and 38 percent against, Lubbock residents Saturday approved the legislation defining abortion at all stages of pregnancy “an act of murder” and allowing relatives of women who have the procedure to sue those involved.

The city is among more than 20 municipalities that have enacted such a measure in the last two years. With a population of more than 250,000, it is the largest to do so — the majority of the “sanctuary cities” are small Texas towns — and the only one where the ordinance was passed by residents rather than elected officials. It is also the only city in the growing “sanctuary city for the unborn” movement that has an abortion provider operating within its jurisdiction. 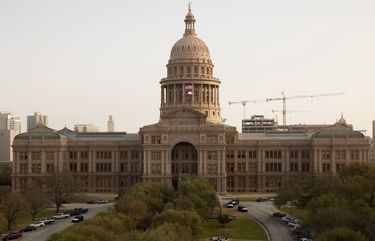 A Planned Parenthood clinic returned to Lubbock last year after its predecessor was forced to close in 2013 amid state budget cuts and strict regulations that were later struck down as unconstitutional. It began providing abortions last month, becoming the only place offering the service within about 300 miles.

The impact of the ordinance, expected to go into effect June 1 after the results of Saturday’s special election are canvassed, is not yet clear. Planned Parenthood said it is reviewing options and “will make decisions soon” regarding the availability of abortion services in Lubbock.

The ACLU told Reuters it is considering legal measures, describing the vote as unconstitutional and harmful to women’s health.

Proponents of the measure said in a letter demanding it be put to voters that they were making the push “because we fear God, view the intentional shedding of the blood of unborn children to be an inconceivably wicked action, and we believe that we all have a responsibility to protect the lives of the smallest and most vulnerable humans among us.” Among the signatories was Republican state Sen. Charles Perry of Lubbock.

Mark Lee Dickson, a pastor from Longview, Texas, who roves the state promoting the ordinance, wrote in a Saturday Facebook post, “Now that the voters have spoken, we expect Planned Parenthood to respect the outcome of this election and cease providing abortions at its Lubbock clinic.”

Under the newly approved ordinance, abortion at all stages of pregnancy is declared “an act of murder,” except when necessary to save the life of the mother. It prohibits getting or performing an abortion in Lubbock, along with “aiding or abetting an abortion” through actions such as providing money or transportation for the service. There is no exception for rape or incest.

Criminal penalties would not be enforceable under the Lubbock ordinance unless Roe v. Wade was overturned or state or federal courts changed abortion laws. But in a form of “private enforcement” that proponents say would not hinge on a Supreme Court repeal of Roe, the ordinance would allow private citizens to sue over abortion. Relatives of a woman who has an abortion in Lubbock could sue the provider and anyone else who helped her obtain it, and other Texas residents could also sue those who provide or help a person obtain an abortion.

Richard D. Rosen, a constitutional law professor at Texas Tech University in Lubbock, said that while the measure is “cleverly written,” he believes it is unconstitutional “because you’re essentially punishing Planned Parenthood or another abortion provider for performing a constitutionally protected procedure.” But whether it will be allowed to stand won’t be known until it’s challenged in court and a judge makes a ruling. That could mean a legal battle costly for both sides.

“This is the real test case, because we actually have a Planned Parenthood clinic here,” Rosen said.

The “sanctuary city for the unborn” movement, which borrows from the language of the movement for the rights of undocumented immigrants, began in 2019. Behind it is Dickson, the founder of the small nonprofit Right to Life of East Texas, who has described abortion clinics as the “extermination camps of our day” and advocated for legislation to criminalize abortion without exception.

“I don’t have an abortion story, I’m a 35-year-old virgin. But I’ve seen the impacts of suicide and the throwing away of life in general,” Dickson told the Guardian. “That’s why I’m so passionate about the subject of abortion.”

The pastor’s “sanctuary city” legislation was first adopted by the all-male city council in Waskom, Tex., in the summer of 2019. Dickson, who advocates for the ban while carrying a teddy bear that plays a recording of the vibrations that become a heartbeat, said he planned to pitch similar measures to more than 400 Texas municipalities.

In Lubbock, the proposal drew a vigorous response when advocates started pushing for it last year. It divided even those opposed to abortion, the Lubbock Avalanche-Journal reported, with some arguing it would take anti-abortion efforts backward instead of forward.

The city received almost 500 emailed comments before the council’s vote in the fall, with the vast majority — 473 — against the measure. Opponents cited the separation of church and state, the right to privacy in medical decisions, and the likelihood that the ordinance would violate the Constitution and force a losing legal fight. Some pointed to “outside agitators” using the city as a pawn.

“This is a blatant violation of women’s rights and a strategic campaign to take away our access to lifesaving health-care procedures,” one person wrote.

City officials also sought a legal opinion from an outside firm, which found the ordinance, including its “private enforcement” piece, conflicted with the U.S. and Texas constitutions. It was, Olson and Olson wrote in a memo, “void.”

During the Nov. 17 public hearing over the ordinance, dozens of people lined up to comment. Most spoke in favor of it, offering personal stories and invoking their faith. Some read Bible verses; one woman told the council the city “has a death spirit over it.”

“Future residents of Lubbock will be eliminated by a decision to allow this service in our city,” another speaker said.

Just before midnight that night, the nonpartisan city council voted 7-0 against the measure. They pointed to the law firm’s conclusions and their oaths to uphold the Constitution.

Council member Randy Christian said before casting his vote that the “real battlefield for the legislation that can save lives of the unborn is in Austin, Tex., and Washington, D.C.”

“If there was a constitutional pro-life ordinance, my fellow citizens, I would not hesitate but to sign it immediately,” he said. “But that’s not the case as long as Roe v. Wade is the law of the land.”

Over the next few months, supporters of the measure gathered enough signatures to force the citywide vote held Saturday. That approach was a first for the movement and what Dickson called “history in the making.”

Rosen, the constitutional law professor, said if the ordinance succeeds in Lubbock, he imagines “you’re going to see it pop up all over” in areas with the support for a similar push.

“But right now, until you have something that’s enforceable, I’m not sure where it goes from here,” he said. “Except to cause, maybe, the expenditure of money and time.”