Garland announced the changes during an online speech to the International Association of Chiefs of Police, culminating a four-month Justice Department review aimed at bolstering public confidence in federal efforts to rein in unconstitutional and abusive policing.

Since he was appointed to the nation’s top law enforcement job by President Joe Biden earlier this year, Garland — a former federal appeals-court judge and Supreme Court nominee — has launched sweeping “pattern or practice” investigations of police departments in Minneapolis, Louisville and Phoenix.

Such probes can result in federal intervention, in the form of a court-approved consent decree that sets a detailed reform plan. Local political leaders, police chiefs and law enforcement unions have complained that the plans often stretch on years longer than anticipated, harming police morale and frustrating community residents. 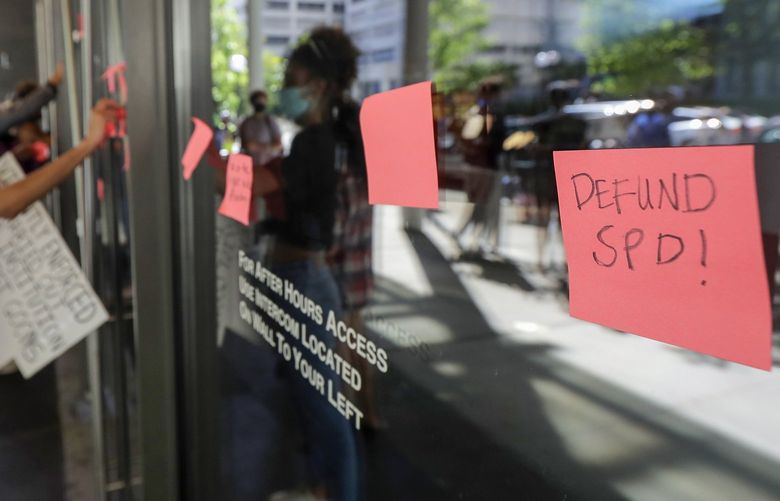 Monitoring teams — usually composed of former police officials, lawyers, academics and police-reform consultants — have typically billed local taxpayers between $1 million and $2 million per year. Some consultants have served on federal oversight teams in more than one city at the same time, drawing criticism over conflicts of interest.

“It is also no secret that the monitorships associated with some of those settlements have led to frustrations and concerns within the law enforcement community. We hear you, and we take those concerns seriously,” Garland said.

He emphasized that “monitors must be incentivized to efficiently bring consent decrees to an end. Change takes time, but a consent decree cannot last forever.”

Under the new rules — outlined in a nine-page memo from Associate Attorney General Vanita Gupta, who oversaw the review — monitoring teams would be subject to unspecified term limits set before their hiring, as well as periodic performance reviews by the federal judge in charge of the settlement, who could make changes.

The monitor would be allowed to continue past the negotiated term limits only through a reappointment from the judge, according to the memo.

The monitors would have to meet federal standards before being hired and undergo training once on the job, and they would be restricted from serving as a principal monitor in multiple localities simultaneously.

After five years, the judge would conduct a termination hearing to determine whether the federal oversight could be lifted or, if not, determine specific ways to help the jurisdiction reach full compliance, officials said.

Another rule would allow the Justice Department and the judge to slim down the scope of the consent decrees — which typically mandate that local jurisdictions meet hundreds of requirements before the federal oversight is lifted — to make them less onerous as law enforcement agencies demonstrate progress.

That change would hand back greater autonomy to local agencies in some areas, even as the federal monitors continue to ask for improvements in others.

Justice Department officials said they hope the new rules help jurisdictions feel as though the progress they make has been recognized, which could help keep them motivated.

“Pattern or practice investigations are serious business, and if the Justice Department conducts such an investigation and finds areas that require remedy, then it’s critically important that the remedy is effectively administered,” said James Pasco, executive director of the National Fraternal Order of Police. “Unfortunately, that hasn’t always been the case over the years, in every instance. These changes go a long way in improving the manner in which public safety is enhanced in cities large and small.”

Chuck Wexler, executive director of the Police Executive Research Forum, said his group has lobbied for nearly two decades for the Justice Department to provide greater oversight of federal monitors.

“This memo addresses many, if not all, of the major concerns we have had,” Wexler said. “This will help restore credibility into this process.”

Some of the new requirements have been tried in existing consent decrees, including in Baltimore. But now they will be mandatory in all new agreements, starting immediately, officials said.

Garland ordered the review of federal monitors in April when he released a memo restoring the agency’s ability to pursue consent decrees, three years after the Trump administration banned the strategy. In 2018, then-Attorney General Jeff Sessions said he viewed the intervention into local jurisdictions as federal overreach.

Garland’s aides have called consent decrees an important tool to force changes among some of the nation’s most unaccountable law enforcement agencies. But the efforts have achieved mixed results, often moving more slowly than civil rights groups and police-reform advocates have demanded.

Among ongoing agreements, federal authorities are still monitoring efforts that began in the U.S. Virgin Islands in 2009, in Seattle in 2012, in New Orleans and Puerto Rico in 2013 and in Portland, Ore., and Albuquerque in 2014.

Gupta said her team conducted more than 50 meetings with stakeholders, including local political leaders, law enforcement officials, former and current monitors and community members. Her memo emphasized the importance of community input in the consent decree process and instructed monitors to engage with residents, including through the use of town-hall-style meetings and social media.

In a statement, Gupta called consent settlements “vital tools in upholding the rule of law and promoting transformational change,” and she said the Justice Department “must do everything it can to guarantee that they remain so by working to ensure that the monitors who help implement these decrees do so efficiently, consistently and with meaningful input and participation from the communities they serve.”