The head of the Federal Judges Association is taking the extraordinary step of calling an emergency meeting to address the intervention in politically sensitive cases by President Donald Trump and Attorney General William Barr.

U.S. District Judge Cynthia Rufe, the Philadelphia-based judge who heads the voluntary association of around 1,100 life-term federal judges, told USA Today that the issue “could not wait.” The association, founded in 1982, ordinarily concerns itself with matters of judicial compensation and legislation affecting the federal judiciary.

On Sunday, more than 1,100 former Justice Department employees released a public letter calling on Barr to resign over the Stone case.

A search of news articles since the group’s creation revealed nothing like a meeting to deal with the conduct of a president or attorney general.

Rufe, appointed to the bench by President George W. Bush, could not be reached for comment late Monday.

The action follows a week of turmoil that included the president tweeting his outrage over the length of sentence recommended by career federal prosecutors for his friend Roger Stone and the decision by Barr to withdraw that recommendation.

In between, Trump singled out the judge in the Stone case, Amy Berman Jackson of the U.S. District Court in Washington, for personal attacks, accusing her of bias and spreading a falsehood about her record. 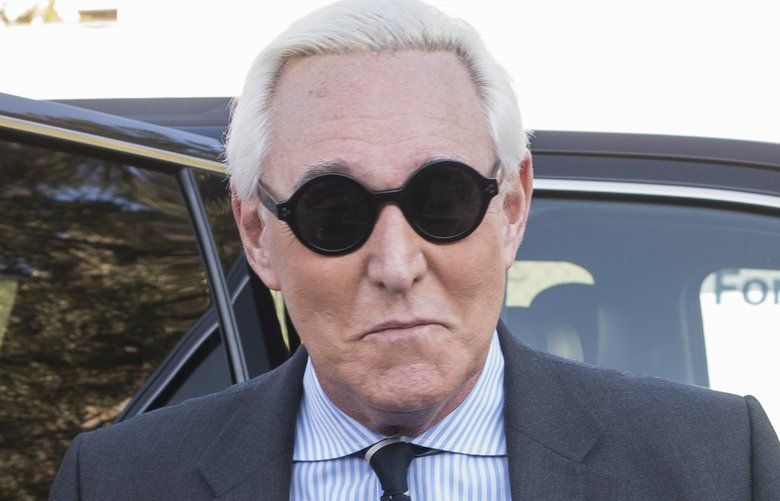 “There are plenty of issues that we are concerned about,” Rufe said to USA Today. “We’ll talk all this through.”

Trump began disparaging federal judges who have ruled against his interests before he took office, starting with U.S. District Judge Gonzalo Curiel. After Curiel ruled against Trump in 2016 in a pair of lawsuits detailing predatory marketing practices at Trump University in San Diego, Trump described him as “a hater of Donald Trump,” adding that he believed the Indiana-born judge was “Mexican.”

Faced with more than 100 adverse rulings in the federal courts, Trump has continued verbal attacks on judges.

Rufe’s comments gave no hint of what the association could or would do in response.

Some individual judges have already spoken out critically about Trump’s attacks generally, among them U.S. District Judge Paul Friedman, a colleague of Jackson’s in Washington, and most recently, the chief judge of the court in Washington, Beryl Howell.