Congress once again is at an impasse over whether to extend the federal government’s borrowing cap, or “debt ceiling.”

After supplying votes on three occasions to extend the borrowing limit under President Donald Trump, Republicans are not willing to go along anymore now that President Joe Biden is in office. Treasury Secretary Janet Yellen says that without congressional action, the government will exhaust its ability to pay its bills sometime in October.

“Failing to address the debt limit, and allowing an unprecedented default, could cause serious economic and national security harm,” a bipartisan group of former Treasury secretaries wrote to congressional leaders in a letter Sept. 22. “Even a short-lived default could threaten economic growth. It creates the risk of roiling markets, and of sapping economic confidence, and it would prevent Americans from receiving vital services.”

In a Fox News interview, McCarthy claimed the last extension of the debt ceiling, in 2019, “paid for everything in the Trump administration, plus seven months of this Biden administration.”

Not really. Raising the debt limit would cover the cost of programs that were approved in the past. Today, the government continues to borrow money to pay for policies that Trump signed into law, such as the 2017 tax cuts geared at businesses and wealthy earners.

The debt ceiling, established in 1917, is the maximum amount of debt that the Treasury Department may issue to pay the country’s bills.

Congress can adjust by law the total amount of money the government may borrow, or it can suspend the limit altogether, which raises the ceiling automatically to whatever debt level has been reached at the end of the suspension period. The debt ceiling was suspended from 2019 through the beginning of August under a bipartisan deal reached during the Trump administration.

If Congress fails to extend it again, and soon, the government would be unable to pay its debts as they come due. Administration officials might be forced to renege on, say, $20 billion owed to seniors on Social Security, or payments to bondholders who have acquired U.S. debt. The economic consequences would be severe and felt worldwide.

And yet, the debt ceiling often becomes a political football. The credit-rating agency Standard & Poor’s downgraded the United States from its top grade of “AAA” to “AA+” in 2011, partly because of a Republican blockade on raising the debt ceiling that year. 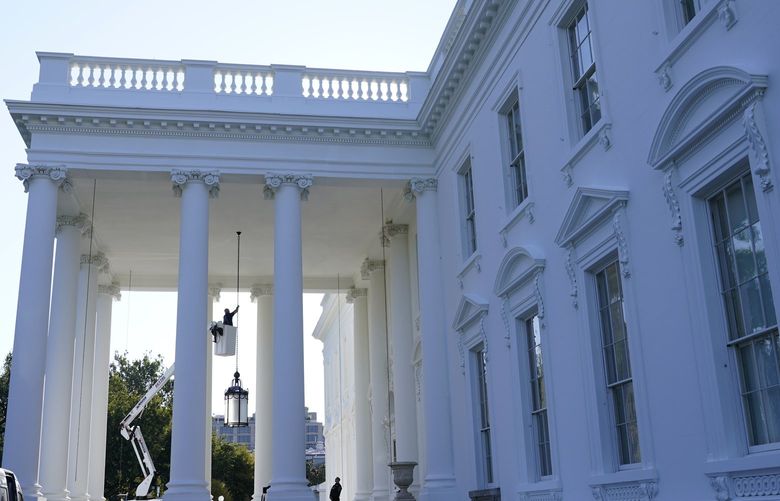 “The political brinksmanship of recent months highlights what we see as America’s governance and policymaking becoming less stable, less effective, and less predictable than what we previously believed,” S&P said at the time. “The statutory debt ceiling and the threat of default have become political bargaining chips in the debate over fiscal policy.”

Under Trump, Congress in bipartisan votes suspended the debt ceiling in December 2017, March 2019 and August 2019. The national debt rose by roughly $7.8 trillion during the Trump administration and is now at $28 trillion.

An analysis last month from the nonpartisan Congressional Research Service found that the federal debt grew by $5.4 trillion from August 2019 (the last time the limit was suspended under Trump) to Jan. 20, 2021 (when Trump left office). It grew by another $675 billion during Biden’s nearly seven months in office as of August, according to the CRS analysis, which was requested by Senate Majority Leader Chuck Schumer, D-N.Y.

The House voted on Tuesday to suspend the debt ceiling through 2022, voting 220-211 along party lines, with no Republican support. In the Senate, Minority Leader Mitch McConnell, R-Ky., says Democrats should go it alone because they are separately backing a $3.5 trillion proposal for future spending.

“The need to raise (or lower) the limit during a session of Congress is driven by previous decisions regarding revenues and spending stemming from legislation enacted earlier in the session or in prior years,” according to a CRS report. In other words, raising the debt ceiling would cover costs that were previously approved, sometimes by the previous president or Congress.

McCarthy took things much further on Fox News, claiming as he did that the August 2019 suspension of the debt ceiling “paid for everything” in the Trump administration and seven months of Biden’s.

“It’s true in a technical sense that the last debt ceiling suspension got us seven months into the Biden administration, but that’s a very narrow view,” said Marc Goldwein, senior vice president and senior policy director for the Committee for a Responsible Federal Budget. “That tells you about the time horizon; it doesn’t tell you who’s responsible for the debt.”

In a nutshell, McCarthy was talking about timing — all the bills that came due were paid on time during the period he mentioned. But his talking point is flawed because it doesn’t account for the total cost of ongoing policies, such as the Trump tax cuts.

“Yes, Republicans did vote to suspend the debt limit to authorize the Treasury Department to pay the nation’s bills into the first year of the Biden administration (and had previously done so twice before during the Trump administration in December 2017 and March 2019),” she wrote in an email. “However, the fiscal impacts of policies enacted during one administration do not end when the next president is sworn in, and increasing the debt limit allows the government to pay bills incurred as a result of both past Republican and Democratic policies.”

As Donald Marron, director of economic policy initiatives at the Urban Institute and a former acting director of the Congressional Budget Office, put it: “The government pays for things by collecting taxes, borrowing, printing money, and occasionally selling assets. Suspending the debt ceiling doesn’t pay for anything; it just allows the government to continue to borrow.”

A request for comment to McCarthy’s office went unreturned.

McCarthy said on Fox News that the August 2019 suspension of the debt ceiling “paid for everything” in the Trump administration and the first seven months of Biden’s.

The claim is highly misleading. Regularly paying the monthly bill on your car or house doesn’t mean you’ve paid the entire sticker price. The same goes for government policies such as Trump’s 2017 tax cuts, which the government continues to borrow hundreds of billions of dollars a year to finance.