The nation’s former top law enforcement official told NBC News that Trump erupted in the Oval Office in December 2020 when Barr trashed the various conspiracy theories contending that the election was stolen.

“I told him that all this stuff was bulls— about election fraud. And, you know, it was wrong to be shoveling it out the way his team was,” Barr said in a new interview with Lester Holt.

“He started asking me about different theories. And I had the answers,” Barr recounted. “I was able to tell him: ‘This is wrong because of this.’” 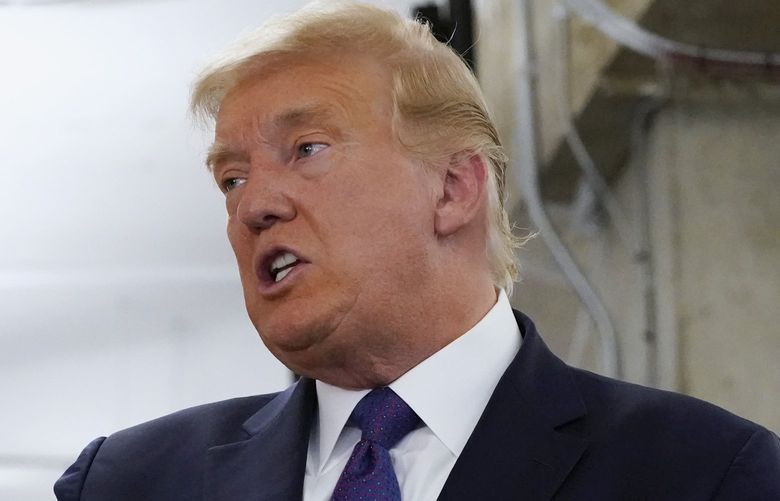 At least 11 advisers told Trump there was no voter fraud, new evidence shows

Finally, Trump lost his patience, Barr said. In a scene ripped from his reality show “The Apprentice,” Trump slammed his hand on the Resolute Desk and told Barr he would accept his resignation offer.

“Boom. He slapped it again,” Trump shouted, according to Barr. “Go home. Don’t go back to your office. Go home. You’re done.”

Barr gave the dramatic new firsthand account in an interview with NBC News, with excerpts set to air Thursday evening.

Once a loyal Trump acolyte, Barr stayed silent while Congress and the nation debated Trump’s actions during his impeachment trial.

But he is now revealing new details about Trump in a forthcoming memoir entitled “One Damn Thing After Another.”

Trump has not directly commented on Barr’s forthcoming book, which hits shelves next week. He accused Barr of being scared of Democrats in a Thursday message that blasted the congressional committee investigating the Jan. 6 attack on the Capitol.

“(Barr) was virtually a broken man who allowed for the systemic violation of election laws and other things to take place,” Trump said.

After accepting Barr’s resignation, Trump replaced him with Jeffrey Rosen, who refused to join the campaign to overturn the election results.

Trump then considered replacing Rosen with loyalist Jeffrey Clarke, who floated a letter declaring that the Justice Department was probing fraud in the vote. But he backed off that plan after most of his legal staff threatened to resign in protest.