WASHINGTON – House Minority Leader Kevin McCarthy declined to weigh in Wednesday on a baseless conspiracy theory being promoted by President Donald Trump, saying he did not serve with the former congressman whom the president has falsely linked to the death of a staff member.

McCarthy, the chamber’s top Republican, was asked about the president’s claims hours after Trump’s latest attack on MSNBC host Joe Scarborough, a former Republican congressman from Florida who left the House in 2001.

“I was not here with Joe Scarborough. I don’t quite know about the subject itself,” McCarthy, who was first elected in 2006, said at a news conference. He was asked whether he agreed with a Wall Street Journal editorial that said Trump was “debasing his office” with his claims. McCarthy, of California, indicated that he had not read the editorial.

The sidestep came as many of Trump’s fellow Republicans sought to avoid commenting on his calls to reopen the “cold case” of Lori Klausutis, who worked in Scarborough’s Florida office and died in 2001 at age 28. 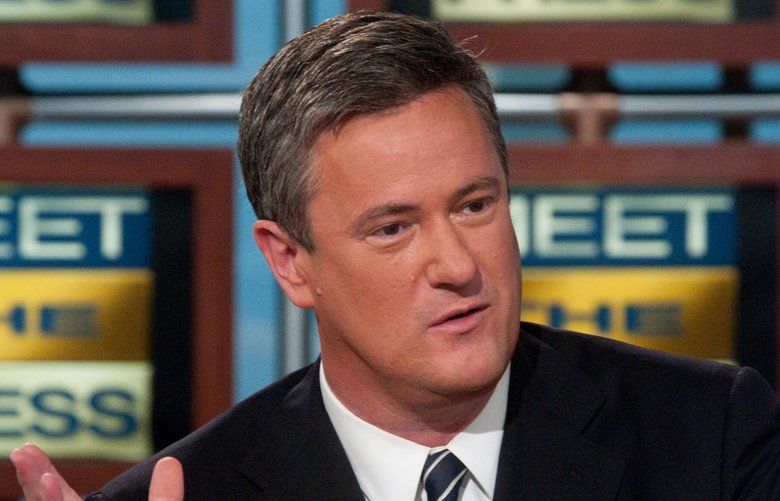 There were some exceptions, including Rep. Liz Cheney of Wyoming, who told reporters after the news conference that Trump should stop talking about Scarborough, and Sen. Mitt Romney of Utah, who tweeted “enough already” after Trump’s latest attack.

“I do think the president should stop tweeting about Joe Scarborough,” Cheney, the No. 3 Republican in the House, said after approaching two reporters unprompted. “We’re in the middle of a pandemic. He’s the commander in chief of this nation. And it’s causing great pain to the family of the young woman who died.”

“I know Joe Scarborough. Joe is a friend of mine,” Romney tweeted. “I don’t know T.J. Klausutis. Joe can weather vile, baseless accusations but T.J.? His heart is breaking. Enough already.”

On Tuesday, Twitter issued a public apology to the Klausutis family but rejected a request from Timothy Klausutis to delete the president’s conspiracy-laden tweets.

Romney was the only Senate Republican to vote for Trump’s conviction in his impeachment trial.

Aside from Rep. Adam Kinzinger, R-Ill., who urged Trump over the weekend to stop spreading an “unfounded conspiracy,” most in the president’s party have similarly sought to avoid casting judgment on his actions.

McCarthy stood by his nonresponse Wednesday, telling reporters after the news conference that his “focus right now is in the House of Representatives.”

“I did not serve with Scarborough,” he said. “I know he left early. I don’t know anything about that case itself.”

He then deflected questions about the president’s behavior by talking about a new rule change in House voting that allows members to vote from afar.

Trump has not backed down during the controversy, writing Wednesday: “Psycho Joe Scarborough is rattled, not only by his bad ratings but all of the things and facts that are coming out on the internet about opening a Cold Case. He knows what is happening!”

Authorities determined that Lori Klausutis suffered an abnormal heart rhythm and died after collapsing and striking her head. She was found in Scarborough’s regional office in Fort Walton Beach, on her back with her head near a desk, according to a 2001 police report. Scarborough was in Washington at the time.

In a letter last week, Timothy Klausutis asked Twitter chief executive Jack Dorsey to delete Trump’s tweets, saying the president “has taken something that does not belong to him – the memory of my dead wife – and perverted it for perceived political gain.”

“My wife deserves better,” he added.

On Wednesday, Mika Brzezinski, Scarborough’s wife and co-host, made a fresh plea to Dorsey to take action regarding Trump’s continuing tweets, writing: “.@jack you can make this stop.”

The Washington Post’s Mike DeBonis contributed to this report.