Skip to content
By
DANA GOLDSTEIN
The New York Times

The omicron surge threatens to upend any sense of peace in the nation’s education system.

After a holiday break that saw COVID-19 cases spike unrelentingly, a small but growing list of districts — including Newark, New Jersey; Atlanta; Milwaukee; and Cleveland — moved temporarily to remote learning for more than 450,000 children.

Districtwide closures, even those that last for a week or two, are a step backward after months in which classrooms largely remained open, even during a fall surge of the delta variant.

And although politicians, including Mayor Eric Adams of New York and Gov. Ron DeSantis of Florida, vowed to keep schools open, there were growing fears from parents and educators that more districts would soon turn to remote learning — even though in-school transmission of COVID-19 has been limited. 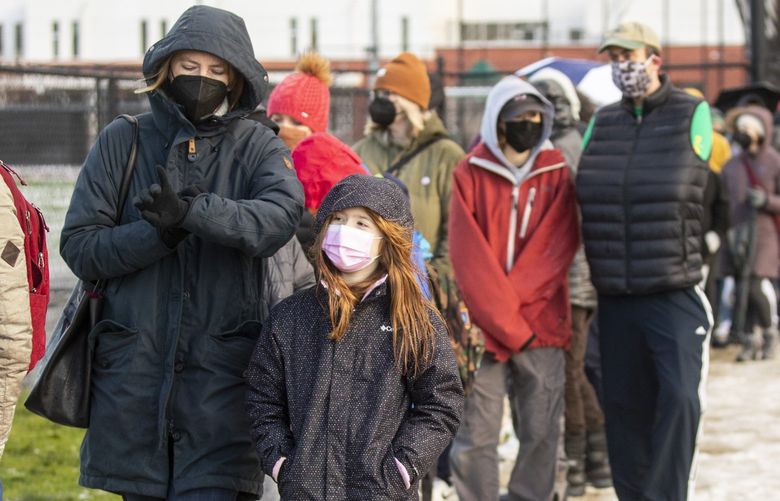 Those decisions could, in turn, radiate through the country, affecting child care, employment and any confidence that the pandemic’s viselike grip was loosening.

“It’s chaos,” said Keri Rodrigues, president of the National Parents Union, which has polled families throughout the pandemic. “The No. 1 thing that parents and families are crying out for is stability.”

Some families were given just a few days or even hours of notice about school closures, leading to the all-too-familiar pandemic scramble to adjust child-care arrangements and work schedules. Atlanta Public Schools, for instance, announced Saturday that classes would be online for the first week of January, just days after saying that classes would be held in person.

The academic, social and emotional toll of school closures has been enormous, and well-documented. During the first year of the pandemic, before vaccines were available, the question of whether children should be in classrooms was one of the most divisive in American life. Today, politicians, labor leaders and teachers overwhelmingly say they want classrooms to remain open.

A vast majority of the nation’s school districts — including most of the largest ones — appear to be operating relatively normally. Still, the closures this week appeared to be concentrated in regions, such as the Northeast and upper Midwest, where Democratic Party policymakers and teachers unions have taken a more cautious approach to operating schools throughout the pandemic.