Anthony Fauci, the nation’s preeminent infectious-diseases expert, who has served as the face of the coronavirus pandemic response for more than two years, plans after more than 50 years in government to retire by the end of President Joe Biden’s term, he confirmed Monday to The Washington Post.

“By the time we get to the end of the Biden administration term, I feel it would be time for me to step down from this position,” Fauci said.

Fauci’s decision to retire by 2025 was first reported by Politico. The 81-year-old official later suggested that his plans were not fully settled, telling the New York Times that he would “almost certainly” retire by 2025 and cautioning CNN not to view Monday’s news as his official retirement announcement.

“I do want to do other things in my career, even though I’m at a rather advanced age,” Fauci said on CNN, adding that he has “the energy and the passion” to keep working after federal service. 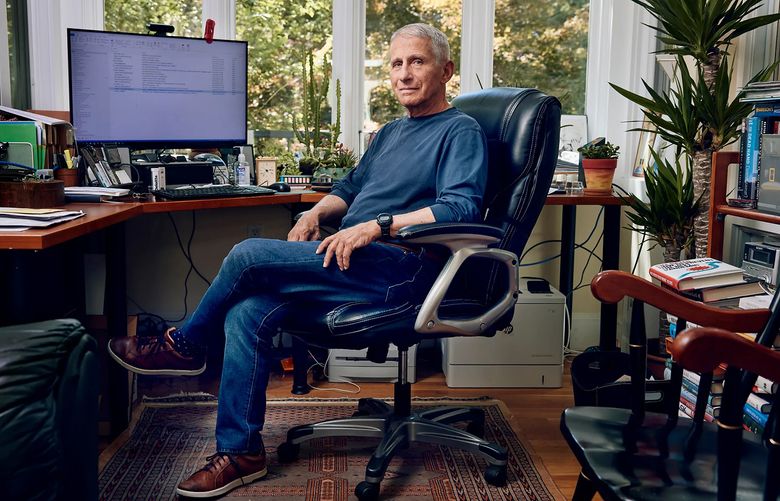 The pandemic is winding down, but Fauci has a few more lessons to share

Fauci, Biden’s chief medical adviser, first joined the National Institute of Allergy and Infectious Diseases as a clinical research fellow in 1968 and became the agency’s director in 1984. In that role, he has advised seven presidents through all manner of public health crises, including HIV/AIDS, the 2001 anthrax attacks, Ebola and Zika – though in recent years, he became a political lightning rod for his advice on the coronavirus. President Donald Trump in 2020 publicly criticized Fauci and told supporters he would consider firing him, while Biden heralded his decades in public service and made Fauci his chief medical adviser upon winning the presidency.

Biden has leaned heavily on Fauci in his response to the pandemic, which has continued to spread rampantly throughout the country despite the widespread availability of vaccines. Fauci has since said that the coronavirus is here to stay but that the United States needs to reach a lower threshold of infections to get out of the pandemic phase. The BA.5 variant has become dominant in the United States and has proved especially difficult to contain because antibodies from vaccines and previous coronavirus infections offer limited protection against the latest omicron subvariant.

The infectious-disease expert also has begun to warn about the monkeypox outbreak, urging Americans on Saturday “to take [it] seriously,” and has increasingly called for efforts to depoliticize the field of public health.

Fauci was in many ways shaped by the HIV/AIDS epidemic in the early 1980s, which changed the focus of his career and drove his work as director of NIAID. He faced fierce criticism from HIV activists, who slammed the government for, they said, moving too slowly on treatments and ignoring a health crisis that was primarily affecting gay men.

But Fauci eventually worked with the activists to advance treatments and make them more widely available to patients who were suffering from the disease, which in the early years killed almost everyone who contracted the virus. HIV/AIDS treatments have since made it possible to live a long and otherwise normal life with the virus.

The coronavirus pandemic has presented an entirely different kind of challenge.

Overnight, the outbreak thrust Fauci to national and worldwide fame, especially after he publicly contradicted Trump about potential COVID-19 treatments and the threat the virus posed. The president and some of his aides began publicly criticizing Fauci and even called for him to be fired toward the end of Trump’s term.

After Trump sought to downplay and ignore the virus and effectively allowed it to spread unchecked before vaccines and treatments became widely available, Biden has taken a different approach, working to implement policies to bring the virus under control. But the Biden administration has faced several defeats in federal courts and at the Supreme Court. A policy that would have required businesses with more than 100 employees to implement a vaccine-or-test requirement was blocked by the Supreme Court, and a federal court overturned a federal mask mandate on public transportation.

Fauci’s support for COVID mitigation measures such as lockdowns in early 2020 and mask and vaccine mandates has made him a sort of boogeyman for Republican lawmakers who have opposed almost all efforts to control the virus. Several Republicans, including Sen. Rand Paul of Kentucky, Rep. Jim Jordan of Ohio and Sen. Roger Marshall of Kansas, have fiercely targeted Fauci, in some cases disseminating misinformation about his work and even baselessly accusing him of being responsible for the pandemic. Meanwhile, public confidence in Fauci has declined, particularly among conservatives, according to findings from the Annenberg Public Policy Center at the University of Pennsylvania.

Some notable Republicans have continued to support Fauci, with former senator Lamar Alexander – who retired last year after serving as chair of the Senate’s health panel – calling him “one of our country’s most distinguished public health officials.”

“In his testimony before the Senate health committee he told the truth as he saw it, even when the news was hard and unpopular,” Alexander, from Tennessee, said in a statement Monday. “He earned the respect of senators on both sides of the aisle.”

But current GOP lawmakers, including Paul and Jordan, have vowed to open probes into the NIAID director if Republicans win control of one or both chambers of Congress in the November midterms. Fauci in March told The Post that he was alarmed by the possibility of Republicans retaking Congress and launching investigations into his work.

“It’s Benghazi hearings all over again,” Fauci said then, referring to the GOP-led investigations of Hillary Clinton’s leadership of the State Department during the 2012 attacks on U.S. compounds in Libya. That long-running investigation found no new evidence of wrongdoing by Clinton but was a staple of conservative media for years.

“They’ll try to beat me up in public, and there’ll be nothing there,” Fauci added. “But it will distract me from doing my job, the way it’s doing right now.”

Public health experts Monday said they were processing the news of Fauci’s expected departure, crediting his work to shape the health-care field and help respond to multiple outbreaks.

“Fauci is one in a generation – data-driven, experimentally rigorous, ethically impeccable and kind,” said Ian Lipkin, an epidemiologist at Columbia University’s Mailman School of Public Health.

“He’s a true man of science,” Kristian Andersen, an immunologist at Scripps Research Institute, added in an email, praising “his key leadership in getting the HIV/AIDS pandemic under control or getting highly effective COVID-19 vaccines within less than a year.”

Gregg Gonsalves, a Yale University epidemiologist who battled with Fauci in the early days of the HIV/AIDS outbreak – and helped lead calls for him to be replaced decades ago – said he has since come to appreciate Fauci as a singular figure.

“I’ve spent my own lifetime criticizing and praising him in equal measure,” Gonsalves said. “But when you look around at long-term civil servants, no one comes close to what Tony has done for this country and public health.”