Skip to content
By
Andrew Jacobs
The New York Times

The N95 mask, arguably the most essential and coveted piece of pandemic protective gear, is no longer a rare commodity, thanks to the return of Chinese imports and a resurgence in U.S. domestic production.

But good luck buying them online or at big box retailers.

Consumers who try to purchase N95 masks, mainly on Amazon, are often led to vendors selling fake or poorly made KN95s, a Chinese-made mask that is often marketed as an N95 equivalent despite the lack of testing by U.S. regulators to confirm virus-filtering claims.

In fact, KN95 masks offered on Amazon and through other retailers are being sold without authorization for use in health care settings from the Food and Drug Administration, which last July revoked its emergency use authorization for imported masks that lack approval from the Centers for Disease Control and Prevention — a category that includes all KN95s from China.

They include brands like Boncare, which is produced by a company that has repeatedly failed federal testing standards; Yotu, whose manufacturer has also failed European Union testing; and ChiSip, an Amazon top seller whose manufacturer, Chengde Technology, was cited by the CDC for falsely claiming approval by federal regulators.

All but a handful of the 50 bestselling KN95 masks on Amazon are plagued by similar problems, according to an analysis of sales data published by the marketing analytics firm Jungle Scout. Last month, companies that make or sell masks of dubious quality racked up almost $34 million in sales.

“It’s really the Wild West out there with so many bad actors ripping people off,” said Anne Miller, executive director of Project N95, a nonprofit that connects people to bona fide personal protective equipment. 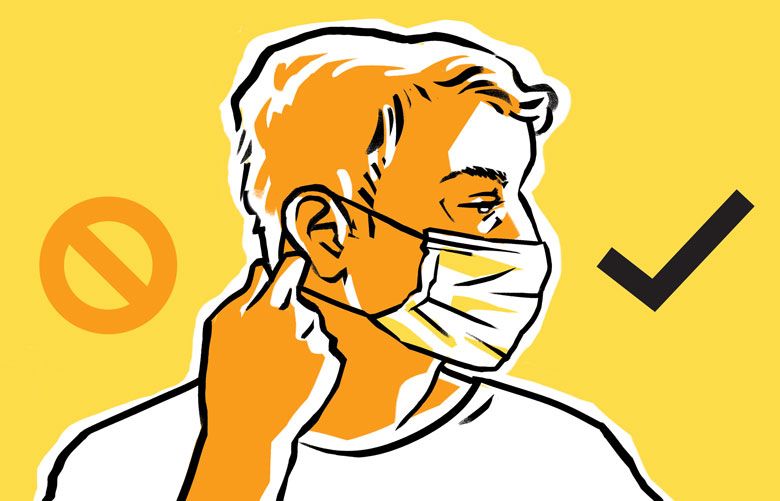 In a statement on Monday, Amazon said it required all high-filtration masks sold on its site to pass a rigorous review process. “Before listing N95 and KN95 masks in our store, we verify that they are sourced from a trusted manufacturer by reviewing product packing, product description and invoices to trace the inventory, and we verify that the mask is not listed on the CDC’s counterfeit mask list,” said Peter Kadushin, an Amazon spokesman.

Experts say masks still matter, even amid rising vaccination rates. Case numbers in the United States have been increasing just as the nation is heading into winter and the holiday travel season. The discovery of a new variant, Omicron, is a bracing reminder about the perils of complacency. Communities in Colorado, New York and California have reimposed mask mandates, and polls suggest that a third of elementary-school-age children will likely remain unvaccinated in the near future. Millions of people whose weakened immune systems can render vaccines ineffective continue to rely on masks for protection.

“There are a lot of things about COVID-19 we can’t control, like poor ventilation in buildings or whether other people are vaccinated, but aside from ensuring you and your family get vaccinated, wearing a high-quality mask is the single most important thing people can do to protect themselves and their kids,” said Aaron Collins, a mechanical engineer with a background in aerosol science who has conducted performance tests on hundreds of masks he purchased online.

Counterfeit and defective face masks have been a problem since the earliest days of the pandemic, when states and medical institutions, desperate to find protective gear amid a calamitous shortage, were sometimes hoodwinked into spending tens of millions of dollars on fake N95s.

But more than a year and a half into the pandemic, the United States is still awash in knockoff masks, a problem that experts say underscores the need for a more muscular federal role in regulating consumer products crucial for protecting people from the coronavirus and other airborne pathogens.

Although the vast majority of questionable masks are made in China, American companies have also been accused of making exaggerated claims about the level of protection in face coverings that they sell.

Lutema, a San Diego manufacturer, sells a children’s mask that it describes as a M95c — a nonexistent category — and CovCare, a New York City-based startup, promotes an “F.D.A.-approved” N95 mask, a claim made by many companies despite the agency’s efforts to curtail use of the phrase. Some products are registered, but not approved, the agency said, calling such claims “misleading.”

But Chinese-made mask producers have been especially egregious, according to U.S. regulators, watchdog groups and industry executives.

The flood of fake and poorly made masks, they say, are a threat to public health because they give people a false sense of security, increasing the likelihood that someone might be exposed to the virus while attending class, a concert or when traveling by plane.

Amazon, which is responsible for more than half of all e-commerce retail sales, is the single-biggest source for masks bought by consumers, although brick-and-mortar retailers have also been selling masks of poor quality, consumer advocates say.

Saoud Khalifah, founder of Fakespot, a web browser extension that helps consumers detect fraudulent vendors, said that many KN95s sold on Amazon are promoted by fake reviews, a problem not just confined to masks.

The FDA says it is trying to crack down on the surge of counterfeits. In addition to revoking its authorization for Chinese-made KN95s, the agency said it issues import alerts for fraudulent products. It also has been working with customs officials to stop banned imports: Since the beginning of the pandemic, border agents have seized some 34 million counterfeit masks, half of them from China.

“Consumers should be aware of the proliferation of fraudulent and counterfeit masks and respirators sold online,” said Judith McMeekin, the FDA’s associate commissioner for regulatory affairs, who encouraged the public to report websites and individuals they suspect of selling fraudulent or unapproved products.

But these efforts have had little effect on the e-commerce platforms where many American consumers do their shopping. Sen. Elizabeth Warren, D-Mass., said Amazon had for months ignored her entreaties to ban vendors selling counterfeit masks and to modify the algorithms that lure consumers away from the best respirators. “Amazon needs to do more to prevent consumers from receiving counterfeits and fakes, and the Department of Justice and Federal Trade Commission must act if these failures continue,” she said in a statement.

The problem is amplified by online sites that participate in Amazon’s affiliate marketing program, which gives publications a share of online sales for products they recommend to their readers.

For American producers, the resurgence of Chinese imports — and a return to their domination of the U.S. market — threatens the survival of an industry born in the early months of the pandemic, when Beijing cut off supplies and left health care workers scrambling to find face masks, disposable gloves and isolation gowns.

The companies, among them McKesson, Henry Schein and Cardinal Health, have been lobbying the Biden administration to retain a tariff exemption on imported protective gear that was put in place earlier in the pandemic. Those pressing for the continued tax exemption on Chinese masks, including the American Hospital Association, say domestic producers cannot meet the still-surging demand for single-use respirators and other protective gear.

Opponents sharply disagree, noting that many U.S. companies have been struggling to find institutional buyers as hospital systems increasingly turn to Chinese imports. The price difference often amounts to a few cents per mask — enough to sway cost-conscience bulk purchasers.

In a letter they sent in October to the U.S. trade representative, Katherine Tai, a dozen Senate Democrats framed the issue as a matter of national security. “Rather than providing relief to Chinese-made products, we should invest in and support our domestic manufacturers so they are capable of providing U.S. health systems and other essential workers with the high-quality P.P.E. and vital supplies they need to manage the COVID-19 pandemic and prepare for future public health threats,” they wrote.

A spokesperson for Tai’s office said the tariffs would be reimposed beginning Tuesday.

Company executives said they had been heartened by language in the new infrastructure bill that strengthens existing rules requiring federal agencies to purchase domestically made medical equipment.

But government spending alone is unlikely to save many of the companies, whose sales have been plummeting amid the resurgence of Chinese imports, according to the American Mask Manufacturers Association, which says that nearly half the group’s 25 members have stopped making masks in recent months.

“We’re holding on to dear life at the moment but the deck is really stacked against us,” said Brian Wolin, chief executive of Protective Health Gear, a N95 startup in Paterson, New Jersey, that last summer scrambled to rehire dozens of workers who had been fired in the months before the arrival of the delta variant, which led to an uptick in sales.

To win approval from the National Institute for Occupational Safety and Health — and the right to print the words NIOSH and N95 on its masks — Wolin and other U.S. mask-makers must navigate a rigorous, costly testing regimen.

Chinese KN95s are not subjected to similar regulatory vetting, although KN95 standards are overseen by the Chinese government. Both KN95s and N95s are meant to filter out 95% of tiny airborne particles, but the standards for N95 are considered more stringent. The most visible difference is in their design: KN95s use ear loops while N95s use a headband, which creates a more snug fit.

Not all foreign-made masks are problematic. South Korea produces a N95 equivalent known as a KF94, which experts commend for its consistent quality, and the European Union’s respirator standards earn high marks from industry experts.

The regulatory vacuum in the United States for imports has inspired a slew of amateur mask-testing sleuths, among them Collins, the mechanical engineer from Minneapolis, who broadcasts his findings on YouTube, and Lloyd Armbrust, president of the American Mask Manufacturer’s Association, who buys Chinese masks on Amazon and tests them at a lab he built at Armbrust American, the Texas company he started last year to make N95s.

Kelly Carothers, the director of government affairs and sustainability at Project N95, has spent the past few months compiling a database of problematic masks sold online. She said that among her findings is that one Chinese company, Chengde Technology, is responsible for nearly one-third of all mask purchases on Amazon, with $15 million in monthly sales. The company sells masks under a number of brand names, among them Missaa, ChiSip, WWDoll, Miuphro and Hotodeal. Chengde has had its emergency authorization status revoked and then reinstated by the FDA, and earlier this year the company was cited by the CDC for falsely claiming its WWDoll brand masks were NIOSH approved.

“American mask makers wouldn’t need to be propped up by the government if we just did better vetting of Chinese KN95s, and it doesn’t seem unreasonable for the FDA to say that if you failed testing, you can’t sell your masks in this market,” Carothers said. “That’s not only fair, but it would also save lives.”

In an email exchange, a Chengde employee in China sought to dispute the failing test results but declined to provide further details.

Armbrust said he had given up trying to prod Amazon or government regulators, and instead his company began producing its own KN95s in October.

The masks are nearly the same as his N95s, but consumers, he said, have been misleadingly programmed to favor the KN95. “You can’t unring a bell,” he said.

Last month, he began selling the masks, and within a week, he said, they were already outselling the more protective N95s. “If you can’t beat ’em,” he said, “join ’em.”