JERUSALEM (AP) — Several dozen octogenarians, bundled against the cold, chattered in Russian and Hebrew as they picked through heaps of carrots, onions and grapefruit in a Jerusalem courtyard.

Nearly all of them Holocaust survivors, they were picking up donations of food and winter blankets before a snowstorm hit the city on the eve of International Holocaust Remembrance Day.

Israel was established in 1948 as a refuge for Jews in the wake of the Holocaust, and it makes great efforts to remember the 6 million Jewish victims of the Nazi genocide and to honor those who survived as heroes.

Yet among Israel’s estimated 165,000 survivors, roughly one in three lives in poverty, according to a survivors’ advocacy group. Though survivors receive government stipends, many still depend on food donations organized by Israeli charities like Chasdei Naomi.

“The ones who really need to be responsible for taking care of Holocaust survivors is the state of Israel. Unfortunately, that doesn’t exist,” said Tshuva Cabra, the group’s head of donations. 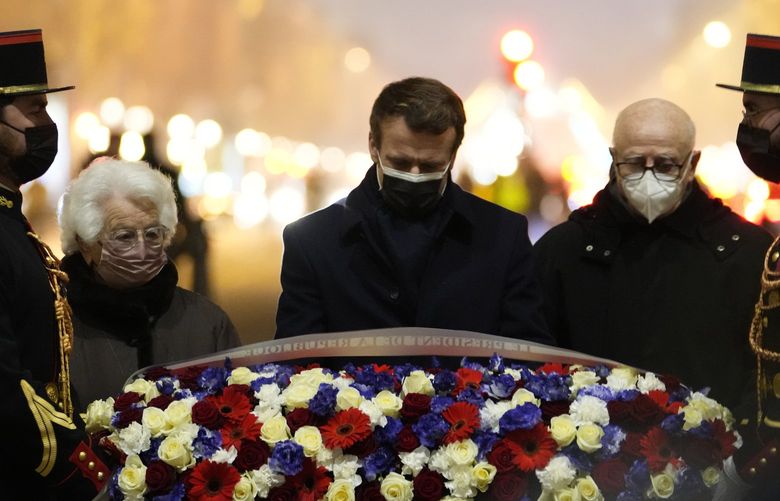 The charity’s staff and volunteers distributed food parcels, flowers and chocolates to impoverished survivors in Jerusalem on Wednesday. “If we will not be there for them, who will? It’s really sad that only NGOs are standing up and acting,” she said.

Thursday’s international remembrance day marked the 77th anniversary of the liberation of the Nazis’ Auschwitz-Birkenau death camp in Poland. An estimated one-third of world Jewry was annihilated by Nazi Germany and its allies. After the war, hundreds of thousands of survivors made their way to the newly established Israel.

With each passing year, the number of remaining Holocaust survivors continues to dwindle, and with it the country’s living connection to those who endured one of the greatest atrocities in modern history. The Holocaust Survivors’ Rights Authority, a government department, said that more than 15,000 survivors died in 2021.

Many of the most destitute immigrated to Israel in the 1990s from the former Soviet Union after its dissolution. They arrived with little means, had difficulty learning a new language late in life and many struggled to establish social networks.

“During the war, it was very difficult for the Jews. Jews suffered from the Nazis. We fled and we did whatever we could to survive,” said Paulina Perchuk, an 83-year-old immigrant from Ukraine. “I hope it will not happen again in the world.”

Colette Avital, a former Israeli diplomat and Holocaust survivor who heads the Center of Organizations of Holocaust Survivors in Israel, said that while the government’s attitude has improved, “the blanket is short and that is not enough.” She said there’s broad public support for survivors but the government needs to provide more assistance.

Israel’s Social Equality Ministry said it doled out some $1.2 billion in support to Holocaust survivors in 2021. Just over 50,000 survivors receive monthly stipends of between $800 and $2,000 per month, while around 15,500 receive $3,600 because of more severe disability.

But for many, those sums are not enough to make ends meet as the cost of living in Israel continues to skyrocket. The Chasdei Naomi charity says it provides food to 10,000 survivors, a figure that increased by 4,000 since the start of the coronavirus pandemic. In the past year, requests for assistance in paying electric bills rose 40% alongside inflation and rising cost of living in Israel.

“The average age of Holocaust survivors is 85,” she said in a statement released by her office. “These are the final years we have to serve them, to allow them to grow old with dignity and document as much as possible from their stories, because very soon, there won’t be anyone left to tell them.”

Her office declined an interview request.

Earlier in the week, Prime Minister Naftali Bennett said that the government would budget nearly $10 million in additional funds to Yad Vashem to help “preserve the memory of the Holocaust in Israel and the world.” That marked a nearly 20% jump in the institution’s annual budget in 2020, of which the Israeli government financed over a third.

Avital praised the government for allocating more funds to Yad Vashem but added that “the welfare of Holocaust survivors should come before anything else.”