If the Calvin Klein cologne that you got for Christmas is starting to gather dust on your dresser, you could always try to return it to Macy’s.

Or, you could give it to a leopard instead.

Banham Zoo in Norfolk, England, put out an appeal (Big cats want your old purrrfume!) Tuesday for any unwanted fragrances, explaining its big cats are running low. As it turns out, cheetahs, jaguars and ocelots really like perfume — and they tend to favor expensive designer labels.

“For some reason Calvin Klein perfume is a huge hit with all big cats but in all honesty any perfumes work well and we do like to offer them a variety of different smells,” Mike Woolham, the zoo’s animal manager, said in a statement, adding that donations of aftershave were also welcome.

As the zoo demonstrated in a short video this week that showed sprightly leopards taking turns pawing at a tree and a tiger rubbing its face against a log, large predatory mammals “respond very positively” to scents more typically found at mall department stores. That’s because of a little-known ingredient called civetone, Mandy Aftel, a perfumer and the author of “Fragrant: The Secret Life of Scent,” told The Washington Post. 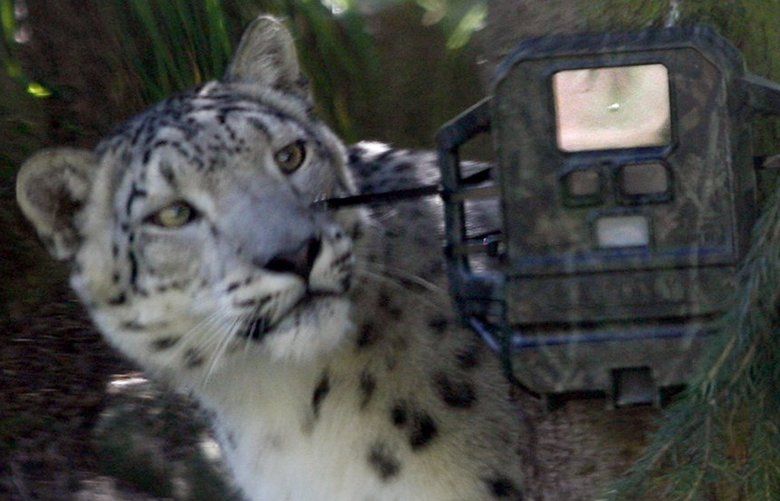 The scent is what Aftel describes as a fecal floral, meaning it’s “kind of poopy, but kind of floral,” and creates a complicated musky aroma when used in perfume.

While it’s unclear how humans first realized that the secretions of a wild animal could be bottled and sold in luxury perfumes, Aftel suspects it may have something to do with the fact that civet and other aromatic materials like musk were also historically used as medicine. She points to a quote from Shakespeare’s “King Lear”: “Give me an ounce of civet; good apothecary, sweeten my imagination.”

Harvesting civet oil requires keeping the animals in captivity, which raises questions about ethics and sustainability, Aftel notes. But around the turn of the 19th century, perfumers realized they could use a synthetic formulation instead. And cats — both wild and domestic — can’t get enough.

“My own personal cat liked it,” she told The Post. “He’d rub against it, more so than with catnip.”

Although fragrances such as Chanel No. 5 and Jovan Musk also contain civetone, the scent most popular with wildcats is Calvin Klein’s Obsession for Men. Or at least that’s what one curator at the Bronx Zoo found after testing 24 different scents on cheetahs, leopards and tigers.

As The Wall Street Journal reported, zookeepers already knew spraying perfumes in a big cat’s enclosure was a good way to keep them from getting bored, since the animals would eagerly investigate the new scents and start rolling around. But in 2003, Pat Thomas, general curator at the Bronx Zoo, decided to figure out which scent would attract felines to come running the fastest and keep them occupied the longest. Obsession for Men was the clear winner, easily beating out competitors such as Estee Lauder’s Beautiful.

Zookeepers all over the world soon confirmed Thomas’s findings: Big cats lost their minds around Obsession for Men.

“They literally roll onto the ground, rub their cheeks all over it, and rub their faces with it,” Louise Ginman, the unit supervisor for carnivores at Sydney’s Taronga Zoo, told Scientific American in 2014. “I guess it’s kind of like the reaction that you get from a cat when it’s enjoying catnip, they just seem to be in absolute heaven.”

Before long, wildlife biologists were stocking up on the amber-hued cologne, which made its debut in the 1980s and retails at $82 for a four-ounce bottle at Ulta Beauty. With a few judicious sprays, biologists were able to get elusive species such as jaguars to approach their trail cameras. That, in turn, helped researchers to conduct more accurate population counts, the Wildlife Conservation Society said.

Researchers have brushed off concerns that the fragrance could become a potent tool for poachers, pointing out that people who illegally hunt for big cats tend to use dead animals as bait anyway. And the cologne’s appeal only goes so far.

In 2018, Indian authorities tried to use Obsession for Men to trap a wily female tiger accused of killing 13 people. It didn’t work, and the tigress, known as both “T1″ and “Avni,” was tracked down and shot by hunters in a military-style operation that angered conservationists.

“She was too clever for the cologne,” one of the hunters, Asgar Ali Khan, told the Sunday Telegraph. “We were dealing with an extraordinarily smart tiger.”

Because perfume companies are secretive about their formulations, it’s hard to say exactly why wild cats are more intrigued by Calvin Klein cologne than other civetone-heavy fragrances. In an interview with the Journal, the scent’s creator suggested the allure of Obsession for Men might have something to do with its “lickable vanilla heart.”

“This cologne should be prescribed in marriage counseling sessions,” says one of the top-ranked reviews on Ulta.com, where reviewers give the cologne an average of 4.7 out of 5 stars. “If the desire has gone out of your marriage, ladies, have your man [wear] this and see what happens!”