Viruses mutate all the time, including the one, SARS-CoV-2, that’s caused the COVID-19 pandemic. Although most genetic changes are innocuous, some can make the mutant more adept at infecting cells, for example, or evading antibodies.

Such “fitter” variants can outcompete other strains, so that they become the predominant source of infections. A succession of more-transmissible variants has emerged over the past year, each harboring a constellation of mutations. The most worrisome so far is the so-called delta variant. It’s become dominant in much of the world since its discovery in India in October 2020, leading to surges in cases and hospitalizations, especially in places where less than half the adult population has been fully immunized. 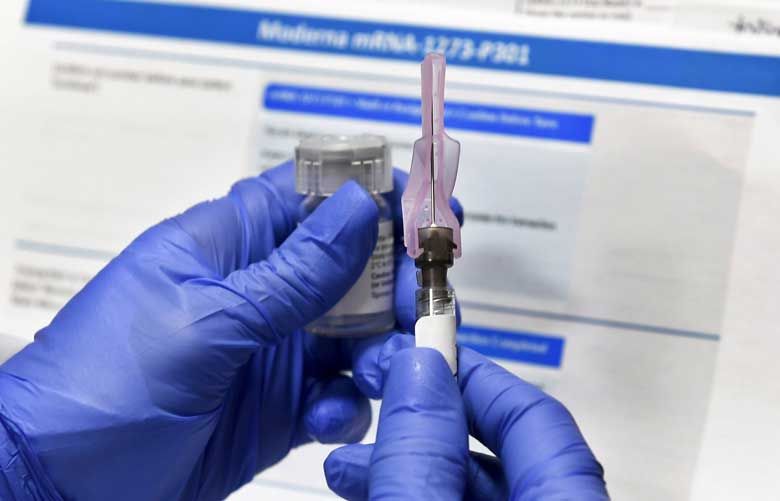 A: During replication, a virus often undergoes genetic changes that may create what are called variants. Some mutations weaken the virus; others may yield an advantage that enables it to proliferate. If changes produce a version with distinctly different physical characteristics, the variant may be co-termed a strain. A variant that deviates significantly from its viral ancestors may be identified as a new lineage, or branch on the evolutionary tree. In general discourse, however, the terms are often used interchangeably.

Q: What are the most worrisome ones?

A: The World Health Organization uses the term “variants of concern” to signify strains that pose additional risks to global public health, “variants of interest” for those that warrant close monitoring because of their emerging risk, and “alerts for further monitoring” for a variant that possesses genetic characteristics that indicate it may pose a future risk. Assessments may change depending on how the pandemic evolves.

This variant emerged in England in September 2020 and drove a surge in cases that sent the U.K. back into lockdown in January. Other countries, particularly in Europe, followed the U.K. in reimposing movement restrictions. Alpha was previously the dominant strain in the U.S., and has been reported in at least 195 countries, according to the WHO.

This one, which appeared in South Africa in August 2020, led to a resurgence in COVID cases that overwhelmed southern Africa. It’s been reported in at least 145 countries.

This variant, first spotted in the Amazon city of Manaus in December 2020, has contributed to a surge in cases that strained Brazil’s health system and led to oxygen shortages. A study there found gamma was associated with a higher incidence and an increased proportion of severe COVID cases among 20-to-30-year-olds, as well as among women generally. It also found the proportion of deaths was higher among people of both sexes between 20 and 59. The variant has been found in at least 99 countries.

This fast-spreading variant has since been found in at least 191 countries since helping to drive a large wave of COVID cases in India. It’s estimated to be 55% more transmissible than alpha and almost twice as infectious as the original strain from early 2020. That may be because those infected with the variant can have significantly more infectious viral particles in their airways compared with individuals with other strains. Those particles appear to bind more efficiently with ACE2, the enzyme on the surface of cells that the virus targets to start an infection.

A: Possibly, as it appears patients are more likely to be hospitalized with delta than with the previously dominant alpha strain. A large U.K. study published in Lancet Infectious Diseases showed COVID patients have a 2.3 times increased risk of being hospitalized within two weeks if they have delta compared with alpha. That fit with an earlier study from Scotland that showed the risk of hospital admission was almost doubled in those with delta versus alpha.

Doctors in India have linked delta to a broader array of COVID symptoms, including hearing impairment. Other evidence found delta had some propensity to evade antibody-based treatments and carries an increased risk of reinfection in people who have recovered from COVID caused by another strain.

Q: How do variants affect the vaccines?

A: Scientists pay the most attention to mutations in the gene that encodes the virus’s spike protein, which plays a key role in its entry into cells and is targeted by vaccines. The four variants of concern all carry multiple mutations affecting the spike protein. That raises questions about whether people who have developed antibodies to the “regular” or “wild type” strain — either from a vaccine or from having recovered from COVID — will be able to fight off the new variants.

In most instances, the variants of concern do lead to a reduction in vaccine effectiveness of varying degrees, though that appears also to be affected by waning protection over time, especially among people 65 years and older.

A U.K. study released ahead of peer-review and publication in September found vaccine effectiveness against hospitalization from a delta infection was 77% five months or more after a second shot of the AstraZeneca vaccine. At the same time point, effectiveness after two doses of the Pfizer-BioNTech vaccine was 92.7%.

Q: What are countries doing in response?

A: Waning antibody levels in some highly vaccinated populations such as Israel have prompted calls to offer third vaccine doses to blunt fresh waves of hospitalizations. The case for administering additional vaccine doses is controversial, since it’s seen as reducing supplies needed to immunize people in low-income countries, especially in Africa, where vaccination rates remain stubbornly low.

Q: What else is out there?

A: The WHO has highlighted the risk that more variants will emerge given the ongoing high rates of transmission globally. For example:

Q: Are there any other implications?

A: Yes. There are implications for treatments, diagnostics and the spread of SARS-CoV-2 in animals.