President Donald Trump erupted at his acting director of national intelligence, Joseph Maguire, in the Oval Office last week over what he perceived as disloyalty by Maguire’s staff, which ruined McGuire’s chances of becoming the permanent intelligence chief, according to people familiar with the matter.

Trump announced on Wednesday that he was replacing Maguire with a vocal loyalist, Richard Grenell, who is the U.S. ambassador to Germany.

Maguire had been considered a leading candidate to be nominated for the post of DNI, White House aides had said. But Trump’s opinion shifted last week when he heard from a GOP ally that the intelligence official in charge of election security, who works for Maguire, gave a classified briefing last Thursday to the House Intelligence Committee on 2020 election security.

It is unclear what the official, Shelby Pierson, specifically said at the briefing that angered Trump, but the president erroneously believed that she had given information exclusively to Rep. Adam Schiff, D-Calif., the committee chairman, and that the information would be helpful to Democrats if it were released publicly, the people familiar with the matter said. Schiff was the lead impeachment manager, or prosecutor, during Trump’s Senate trial on charges of abuse of power and obstruction of Congress.

The president was furious with Maguire and blamed him for the supposed transgression involving Pierson when the two met the next day.

“There was a dressing down” of Maguire, said one individual, who, like others, spoke on the condition of anonymity to discuss a sensitive matter. “That was the catalyst” that led to the sidelining of Maguire in favor of Grenell, the person said.

Pierson, who coordinates the intelligence community’s efforts to gather information on foreign threats to U.S. elections, spoke at a briefing held for the full committee on “election security and foreign interference in the run-up to the 2020 election,” said a committee official, who spoke on the condition of anonymity to detail closed-door proceedings.

A spokeswoman for the Office of the Director of National Intelligence declined to comment. The White House did not immediately comment on Trump’s meeting with Maguire.

“Members on both sides participated, including ranking member [Devin] Nunes, and heard the exact same briefing from experts across the intelligence community,” the committee official said. “No special or separate briefing was provided to one side or to any single member, including the chairman.”

White House officials said that Trump’s decision to make Grenell the acting director, rather than nominate him for the permanent position, reflected concerns that he might not win confirmation in the Senate.

On Thursday, Grenell said in a tweet that the president would nominate a permanent DNI “soon” and that it would not be him. Grenell did not respond to requests for comment. A senior White House official said a permanent nominee would be announced before March 11.

The president has been focused lately on officials who are allegedly disloyal to him, particularly at the Justice Department, the National Security Council, the Pentagon and the State Department, aides said, and has heard from outside advisers that “real MAGA people can’t get jobs in the administration,” in the words of an administration official, referring to Trump’s 2016 campaign slogan, “Make America Great Again.”

As acting DNI, Grenell would oversee the intelligence community’s efforts to combat election interference and disinformation, but he has been skeptical of Russia’s role in 2016.

“Russian or Russian-approved tactics like cyber warfare and campaigns of misinformation have been happening for decades,” he wrote in a 2016 opinion article for Fox News, playing down the severity of the threat. That view is at odds with the conclusions of senior U.S. intelligence officials, who have said Russia’s operation in 2016 was sweeping and systematic, and unlike previous Russian or Soviet efforts.

But Grenell’s view is in line with Trump’s assessment. The president has portrayed disinformation campaigns as commonplace and has compared Russia’s interventions to U.S. efforts to support democracy overseas.

Some lawmakers said that Grenell lacks the experience necessary for the job and have said his avid support for the president could impair his duty to speak candidly to Trump and represent the intelligence community as a nonpolitical body.

Sen. Mark Warner, D-Va., the vice chairman of the Senate Intelligence Committee, said in a statement that Trump had selected someone “without any intelligence experience” and faulted the president for not nominating a permanent successor, “apparently in an effort to sidestep the Senate’s constitutional authority to advise and consent on such critical national security positions.”

The Washington Post’s Julie Tate contributed to this report. 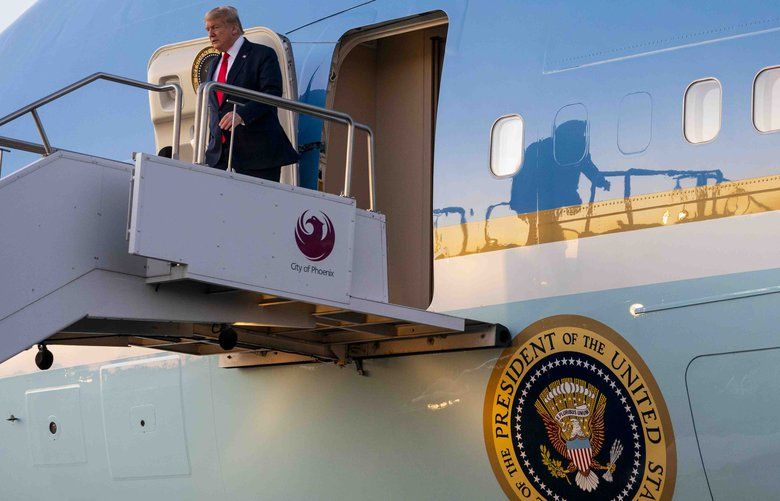